The corn mazes of Puget Sound — a semi-factual guide 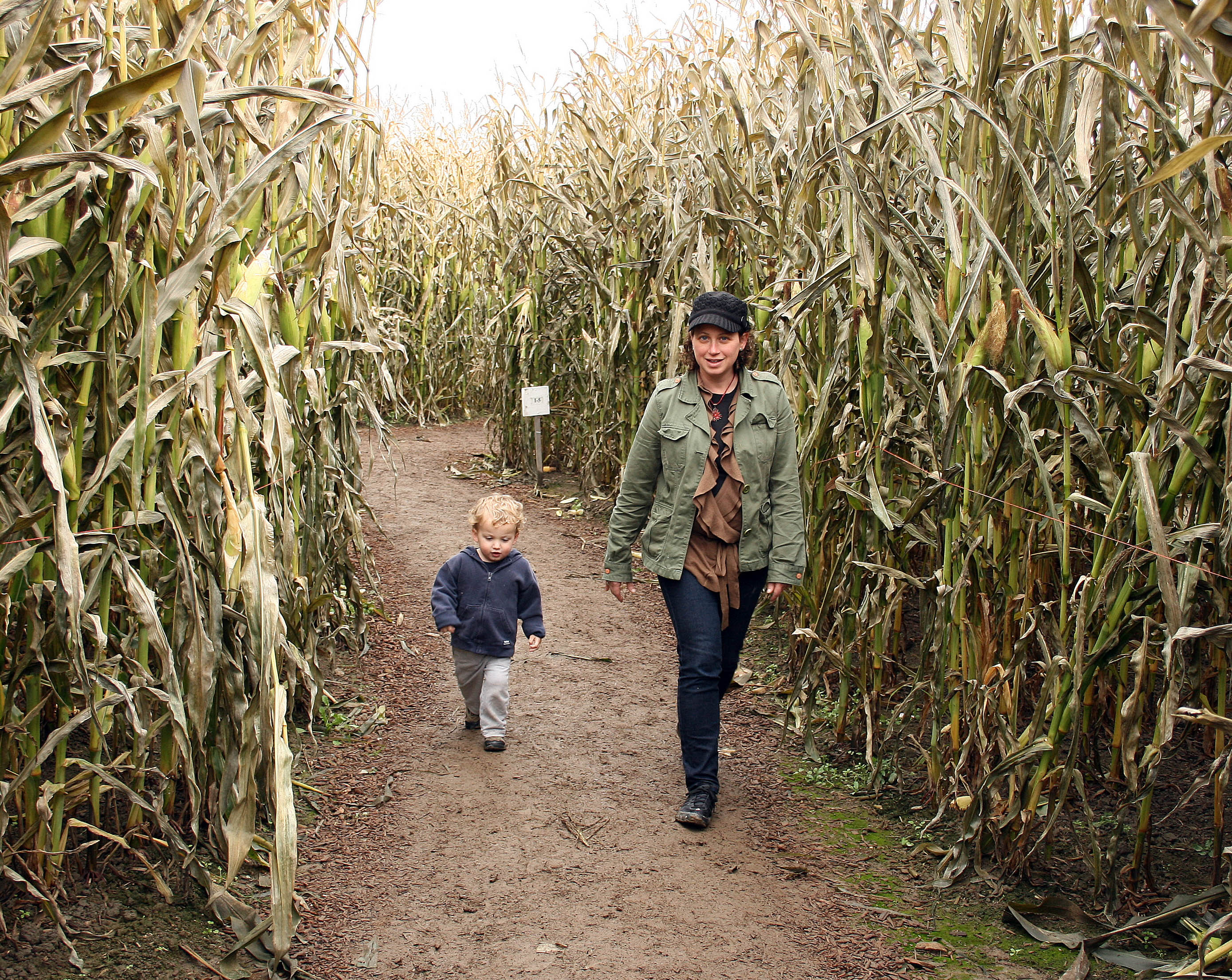 Two lost maze aficionados at The Farm at Swan's Trail , which has a maze shaped like the state of Washington.

Every October the crisp autumn air gives rise to the finest merger of man and corn: the corn maze, though high-fructose corn syrup is a close second. Whenever servers in barbecue restaurants ask whether I'd like my corn boiled or grilled, I ask for it in a maze.

No one is entirely certain how corn mazes are constructed. Some say a giant maze-shaped branding iron is lowered onto the cornfield. Others believe the farmer chooses one corn maze shape when purchasing the farm, and then salts the earth so the cornfield always grows in the same. Some say tractors are involved.

In any case, a corn maze can teach you plenty about yourself, though most of it will be corn maze-related, and not applicable to any other area of life.

The closest corn maze to Seattle appears to be the Carpinito Brothers mazes in Kent. Lying side by side, one maze is shaped like a shark and the other is shaped like a seahorse. Most people wouldn't know that unless they saw a picture from above, but like an X-Man, I have the ability to walk through a corn maze and know exactly how it's shaped. Once I walked through one blindfolded and knew within a hundred feet that the maze was a portrait of Philip Baker Hall.

Over at the Thomasson Family Farm in Enumclaw, the purpose of the 5-acre maze is to solve the age-old question of "Who stole Farmer Cathy's pie?" Before you start the maze, you’re presented seven suspects: Billy the Goat, Brutice the Bull, Funky the Chicken, Dan the Donkey, Squirty Gurty, Roger Rabbit, and Piglet Piper. Normally in this situation, I'd beat it out of them, but you're supposed to solve the mystery by finishing the maze. Not sure that's even necessary, since Funky the Chicken is clearly the guilty one. You can see it in his eyes.

If giant mazes are your thing (and they should be), head on over to Craven Farm in Snohomish, which hosts a whopping 15-acre maze. Is that too much corn maze? No, you can never have too much corn maze. This one's theme is “Alice in Pumpkinland.” That's a pretty good story to base a corn maze on, though I would have preferred an "Aguirre, the Wrath of God" corn maze, or perhaps "Heart of Darkness."

Snohomish is festooned with mazes. The Farm at Swan's Trail hosts one of the dorkier ones, with a 12-acre corn maze shaped like the map of Washington, featuring 250 state roads and 400 towns and landmarks, each labeled with historical facts. Note that before entering the maze, a bully grabs your glasses and steps on them.

Down the way is Bob's Corn Maze, distinguished by the 18 fire pits located inside the 10-acre maze. It's perfect for those who don't have the strength to finish, and would rather fill up on s’mores.

Whichever one you go to, a few precautions must be taken. Make sure you have all your corn-themed movie references handy, so you can toss out a "Field of Dreams" reference like the best of them. If you're worried about getting lost, just go left. Or simply pack your own corn maze emergency kit, which should contain a flashlight, a can of corn, a whistle, a machete, a "Field of Dreams" DVD, and a map of the corn maze, to burn for warmth.

As you wind your way through the heaving stalks of corn, it will afford you ample time to ponder how corn mazes are made, as too much of this article has already. Is it a dog sled with a giant razor blade attached? A novelty pair of tweezers? A controlled fire? A Zamboni? No one can be sure.

What we do know is how the corn mazes are taken down at the end of October: farmers attach little rockets to every single corn stalk, light the fuses, and shoot them into space.