Rethinking Seattle: What if we could start over? 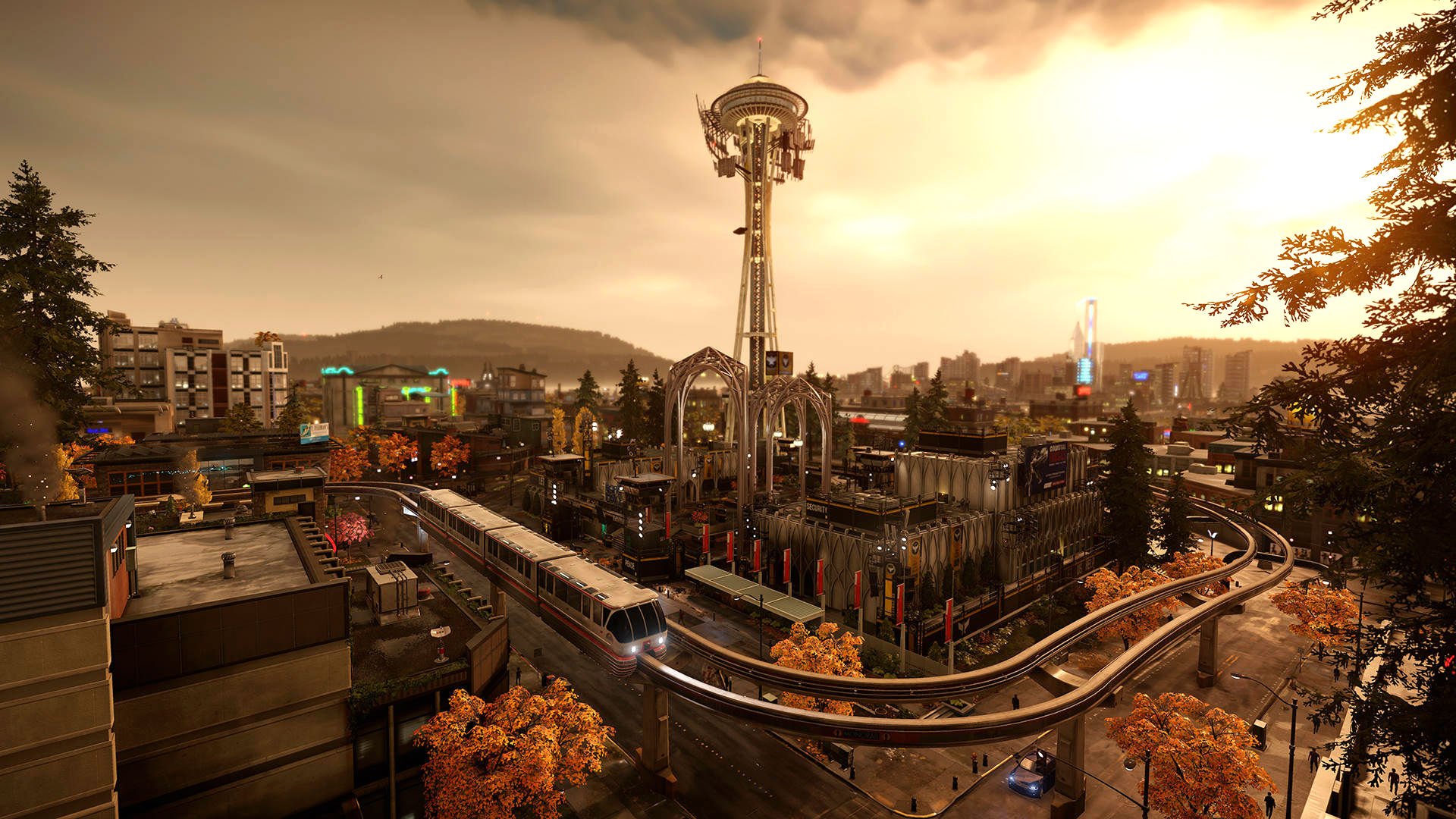 A reimagining of Seattle for Infamous: Second Son, a 2014 video game.

Consider our “natural” city. In the last 150 years, we have reshaped the local landscape on the greatest scale since a vast ice sheet moved into the neighborhood 17,400 years ago, and stuck around for about 3,400 years.

Since the landing of the Denny Party in the 1850s, we have filled in the vast Duwamish tide flats, built (and removed) entire islands, we’ve straightened a river, we’ve eliminated a river, we’ve connected Lake Washington with Puget Sound, we’ve washed away large hills, re-graded the terrain multiple times, built an artificial waterfront, and re-sculpted the landscape by filling in ravines and smoothing out the wrinkles.

Seattle has had more plastic surgery than an aging Hollywood star. It's the David Hasselhoff of cities.

Why? Well, the city had ambitions to be the new New York, but the retreating ice left us with hills and too little flat land to make a proper port. We needed railroad access, so we filled in the tide flats of what is now SoDo and the Industrial district. We were determined to place grids on a grid-resistant landscape, so we re-graded not just Denny Hill — you know it today as the flats of Belltown, but for years it was simply known as The Regrade — but other places as well, including Jackson Street and Dearborn.

The result, among other things, is a transportation mess that we’ve never built our way out of and aren’t likely to. Think about that when you’re stuck in traffic. Blame the glacier. Blame the founders. Blame the absurdity of their ambition.

I was recently on stage at Town Hall with David B. Williams, the geologist and author of “Too High and Too Steep,” a history of the reshaping of Seattle’s topography. Williams and I discussed his book (which I’ve previously reviewed). In the question and answer session afterwards, someone asked, would Williams be willing to narrate a 3-D animation that shows the forming of Seattle from its natural state in 1851 to the present — showing how the shoreline grew, the wetlands were filled in and the hills lowered?

It would be cool to watch. Some changes were incremental, such as the filling in of the original tidal lagoon in Pioneer Square (where the new Weyerhaeuser headquarters now stands) with sawdust from Henry Yesler’s lumber mill, to more rapid and dramatic changes, as when Lake Washington fell nine feet with the opening of the ship canal a century ago. Please, someone, send David Williams grant money for a project like that!

The Burke Museum’s Waterlines project has taken a step in that direction by putting together a map of Seattle’s mid-19th century landscape before the terraforming began, and they have a wonderful illustrated timeline of the changes and “improvements.” On their map, the Duwamish, which we tortured with toxins and rerouting, appears as a beautiful snake ending in a vast delta at the southern end of Elliott Bay. There’s no Harbor Island, no ramrod-straight shipping lane. Lake Union and Portage Bay remain unconnected to Lake Washington and the Sound.

Williams tell us we could have done worse, that early Ballardites proposed filling in Lake Union. It was the type of thinking in keeping with the 19th and 20th century “pragmatists” for whom nature was mostly a barrier to be overcome, or raw material to be rearranged at will for the sake of commerce and industry. An animated 3-D version of this map would be a good starting point for showing us the changes in a way we can comprehend.

But I’d like to suggest something that goes further, making a kind of Sim City game that allows us to create alternative histories for Seattle based on current knowledge and current values. Start with a 3-D animated map of the original landscape. Users would have the ability to craft alternative landscapes. We could build an imaginary Seattle using best practices, knowing what we know now about the environment, conservation of salmon and wildlife. Knowing what we know about the importance of the wetlands. Knowing what we know about where to build and not build based on earthquake risks, landslides, erosion, tidal action.

How could we have made Seattle differently if we knew the devastation of displacement of indigenous peoples or those pushed to society’s margins. Could we have developed dense modern city on the original landscape with less damage? With more social justice? What could it have looked like?

What if, for example, we had not washed away Denny Hill? In the modern city, had it remained, it might have offered magnificent views, and that part of downtown could have been densely developed much earlier, like First Hill. The flat re-grades sometimes took decades to redevelop. The turning of parking lots and car dealerships is even just now taking place.In the shorter term, getting rid of Denny Hill made north-south transport through downtown easier, but Williams chuckles in saying that we’re in effect rebuilding Denny Hill today in the form of high-rises.

Seattle has long battled between competing visions. The city’s chief engineer, R. H. Thomson — a pioneer prototype of what Robert Moses became to New York — masterminded the re-grades and projects that often attempted to make Seattle into straight lines. His vision often competed with that of the Olmsteds, who sought to sculpt a landscape of boulevards and parks that respected the original topography. Both visions reshaped the city. We still struggle to make commerce and conscience work together. Commercial, engineer-driven thinking holds much sway, restrained by environmental laws that would have stopped R. H. Thomson cold. The Olmsted aesthetic is still held by those who hold a torch for nature and so-called livability.

But here’s the thought experiment: Could our alternative Seattle, shaped smartly by today’s understandings, hold any ideas for how to shape our actual city? Can we contemplate any large-scale do-overs of restoration projects? Can we model better outcomes? Can Seattle II, a fantasy, teach us anything about the actual future?

William’s book title is provocative: “Too High and Too Steep.” Too high for whom? Too steep for whom?

What if we’d let Denny Hill stand? What if we hadn’t paved over streams and springs? Could we have developed the Port differently? What if we had never banished Native Americans from the city, if we hadn’t burned the long houses? What if we had achieved the cooperative relationship with the local tribes that Chief Seattle had hoped to bring about?

What if those vast wetlands of the Duwamish, ranging from Georgetown to Pioneer Square, were still there? Places like this are being restored, as at the Billy Frank Nisqually National Wildlife Refuge near Olympia. The city that was planned and platted for Nisqually (Puget City) was never built, thank goodness, but now current restoration of the refuge provides a glimpse of what might have been. Imagine if we still had a delta like that right here in Seattle — delighting us with birdlife, wildlife and  bounty? What would we be like if we’d traded Boeing for the wetlands? Or could we have found a way to make them compatible?

If those who don’t learn from history are doomed to repeat it, I would posit that those who study the might-have-beens can also learn a great deal too. Re-imaging Seattle’s transformation — the roads not taken (or built) — could be a great tool to think about our future more creatively.