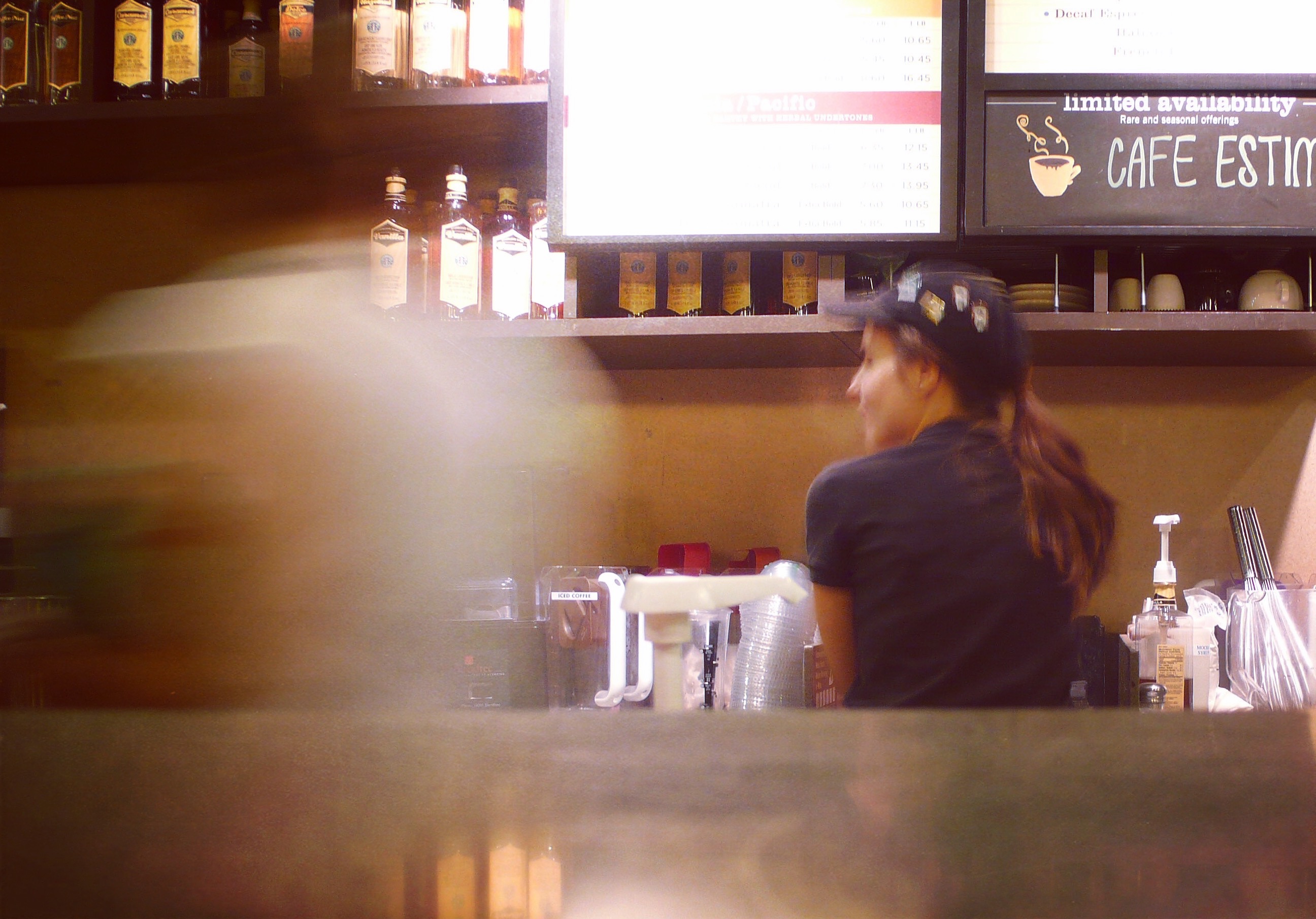 A barista at Starbucks, the company whose workers began the secure scheduling debate in Seattle.

The Seattle City Council voted unanimously Monday to enact legislation that has become known as Secure Scheduling, created in an attempt to provide stability to the schedules of workers in large retail stores and restaurants.

According to Councilmember Lorena Gonzalez, who helped lead the charge on the issue, the new law is the follow-up to Seattle’s $15 minimum wage. “It’s meaningless to have the nation’s highest minimum wage if you only get to work five hours next week,” she said.

However, the secure scheduling law arguably represents a more dramatic shift for workers than the minimum wage, changing not just their pay, but the way in which employers must communicate with their employees. A more apt comparison might be the introduction of overtime pay and a 40-hour work week.

And like the $15 minimum wage, which has turned into a national rallying cry since first passed in Seattle, the hope for local labor and activist organizations is that secure scheduling will spread from Seattle to other cities. Councilmember Kshama Sawant predicted that this too would “go contagious in America.”

For all the talk about a Seattle Process, the secure scheduling laws came together in a remarkably short amount of time. That first-year councilmembers Gonzalez and Lisa Herbold lead the charge should say something about how quickly it was charted and passed.

The momentum began in Starbucks, where workers complained of unpredictable schedules. But as the councilmembers looked into it more, began to see a race and class based problem.

“Almost half of African Americans and Latinos report a week or less notice” on their schedule, said Herbold. Gonzalez echoed the sentiment, saying the burden of unpredictable scheduling falls disproportionally on immigrants, refugees and women of color.

At the core of this legislation is the cloud of income inequality, which hovers thick over Seattle. It would not be a stretch to say that this council is more motivated by the city and region’s inequality than anything else. Sometimes that comes in the form of policies concerning the police, sometimes housing, sometimes homelessness. On Monday it was scheduling.

A spokesman from Mayor Ed Murray’s office said they haven’t put out an official estimate for the number of businesses it would impact. Advocacy organization Working Washington, which pushed hard for this law, estimated the number was about 4,000 storefronts in Seattle and 10,000 employees.

While San Francisco has a complicated list of exemptions, “Here it’s just, ‘You changed my schedule and I did not support it and therefore I get pay,’” he said. “As much as the policy is complicated when you go down into the weeds, that basic principle is one that I think people will be able to understand.”

In brief, the legislation guarantees two weeks scheduling notice for all employees in a retail store with 500 or more workers, and restaurants with more than 40 locations. If the employer must add hours at the last minute, the worker gets “predictability pay,” much like overtime.

The ordinance also prohibits “clopenings”— working a closing and then an opening shift back to back. And it requires employers to offer extra hours to current employees before hiring more to fill in the gaps.

A woman who went by the name Alpine Anderson stood in the back of the City Council meeting Monday, a huge sign on her back reading: “REI workers for Secure Scheduling. A better way of life!” She said she used to work for REI, but was “exiled,” she said, after she started a petition called “REI workers for real change,” which called for better scheduling practices.

Lacking from the meeting Monday were the opponents to the law, who had been present throughout the process. A statement from the Washington Restaurant Association’s Jillian Henze reflected an acceptance from the business community that the law would pass. “We worked hard on behalf of our members to create the best scheduling policy outcomes for employees and restaurateurs that won’t remove the flexibility employees enjoy,” it read.

Shortly after the vote, the Seattle Metropolitan Chamber of Commerce also released a not altogether enthusiastic statement: “Thanks to our advocacy and that of our partners, some important improvements to the legislation were made. For affected businesses, the rules process will be essential to clarifying what the ordinance means at a practical level. The City’s survey showed that many hourly employees in Seattle are already satisfied with how their employers handle scheduling, so we will continue to work closely with our members to ensure that the rules do not negatively impact the flexibility their employees value.”

The next step is enforcement of the law, which falls on the oft-understaffed Office of Labor Standards. Director Dylan Orr said after the vote that he wasn’t worried.

“The mayor’s proposal [for funding OLS] doubles the size of our office,” he said. “This was taken into account in that proposal, so I anticipate we’ll be able to do a lot with that. I mean, until we get there, it’s hard to know and if we need more resources down the line, obviously we’re going to ask for those resources. But I’m excited about the next iteration of our office.”