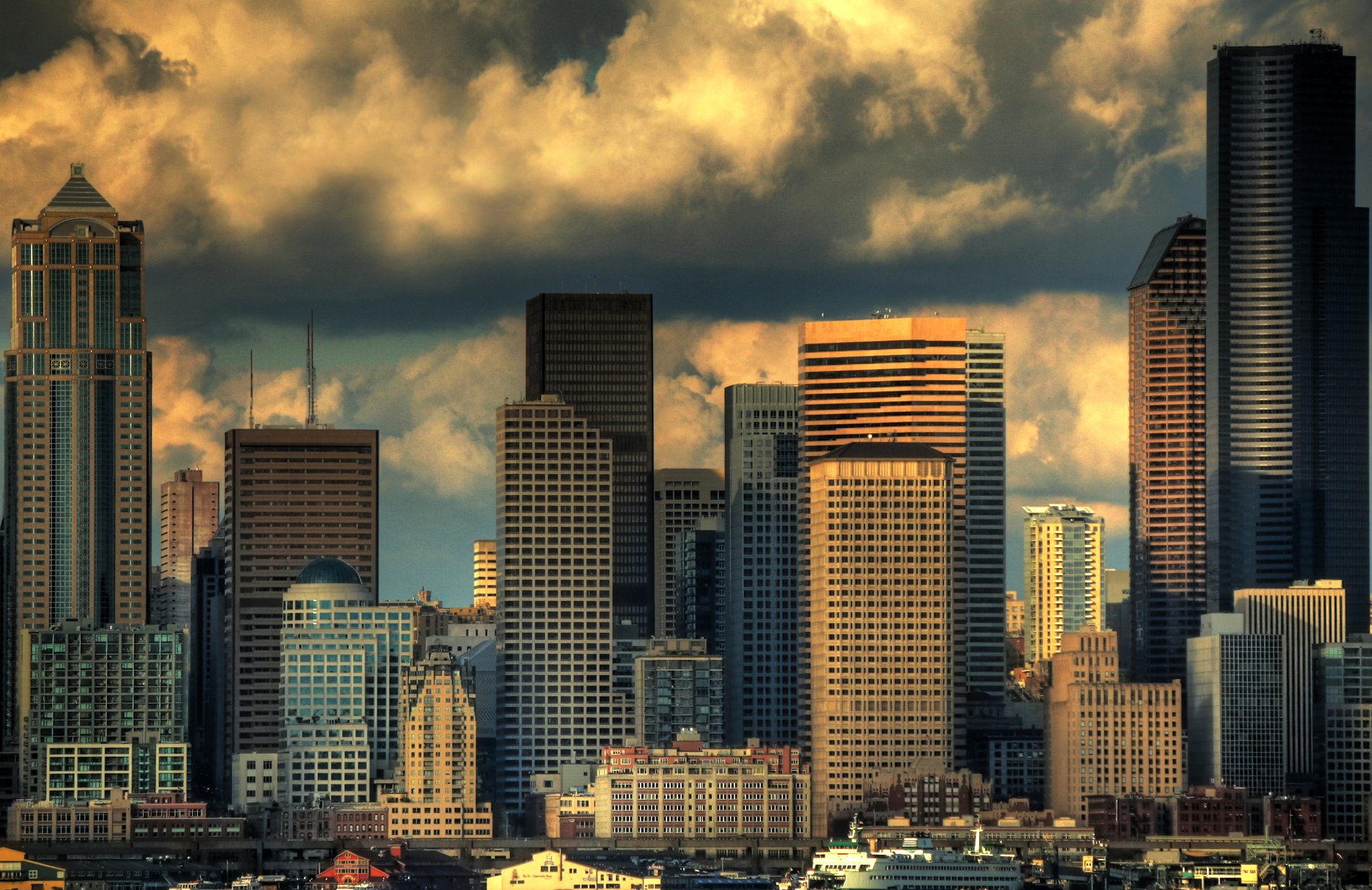 As Council Chambers filled Monday with department heads and the mayor’s invitees, the cries of protestors echoed their way up City Hall’s open, concrete steps. Among Ed Murray’s three budget speeches, this is the first time members of the public have been shut out because all the seats were taken.

Recently, even the most mundane council meetings have filled with public demands for answers on homelessness, housing, police, race and inequality, most recently galvanized under the #BlocktheBunker campaign to stop construction of the new North Precinct police station.

Tensions have never been higher for Murray, and his budget speech Monday acknowledged the ever growing cries from protestors — he has “come to understand how a precinct building in this city could become a potent symbol embodying the divisions of these difficult times,” he said.

Murray also proclaimed “Black Lives Matter,” not the first time he’s done so, but with a special emphasis.

In its content, however, the 2017 budget will likely do little to change the tenor, taking a more conservative outlook on the future of Seattle’s economy. “My budget assumes construction will begin to slow in 2017 and avoids making too many major new long-term commitments,” he said.

Murray’s budget doesn't contain any of the sexier taglines of proposals past, something the mayor himself seemed to acknowledge. “If 2014 was the year of the minimum wage, 2015 the year of housing affordability, and 2016 is the year of education, it is my intention to make 2017 the year of good governance and to bring to fruition the many innovations and best practices we have established during our time together,” he said.

While a little strange to speak in the past tense about enormous issues like affordable housing, Murray could not be seen as directing his attention toward new and exciting endeavors, as he perhaps could have before. The many areas of unfinished business — on homelessness, police reform, housing affordability, transportation, and more — demand his attention.

Here are a few takeaways.

To the disappointment of activists and the surprise of no one, the mayor re-committed himself to adding 200 new cops to the force by 2020, which equals about 400 officers hired to make up for departures. On the campaign trail three years ago, he pledged to add 100 officers, bumping that number in last year’s budget. An audit of the department found SPD was between 150 and 173 officers short of where it should be.

His plan for months has been to hit city businesses with a small tax, adding up to a $15 million annually when all the officers are hired.

Rashad Barber, among the #BlocktheBunker activists, lent his point of view at a public gathering two weeks ago. “When we say protect communities,” he said, “what communities are we talking about?…. Not communities that are poor and living in the streets….When we talk about the police needing something, they need to be abolished.”

This argument will certainly not land with Murray, who took the opportunity in his speech to praise the efforts made under the federal consent decree to reform the department. In fact, on Monday the monitor overseeing reforms said federal oversight in the city could end by fall 2017.

He also tipped his hand on a announcement planned for October 7, regarding police accountability: “In the coming weeks we will announce our accountability legislation, which will create an Inspector General, a new office of police accountability managed and supervised entirely by civilians, and make our community police commission permanent and the strongest in our City’s history.”

The civilian Community Police Commission already filed its recommendations last week. The mayor had said many times he will work with the commission, and the similarity of their proposals will test that.

In the meantime, though, the mayor will need to fund the Office of Inspector General. At the beginning of the summer, Murray promised in a press conference to resource it fully, which would realistically mean at least seven full-time staff.

Murray preempted his speech by announcing a $12 million bump to fight homelessness. The money will support his Pathways Home plan, a new roadmap for homelessness services emphasizing efficiency and data collection.

Created with former Director of the U.S. Interagency Council on Homelessness Barbara Poppe, the plan is the mayor's (controversial) attempt to overhaul what he views as a disjointed field of services with an emphasis on rapid rehousing — skipping transitional housing and putting people into their forever homes immediately.

Not everyone has been so enthusiastic on this plan. The Low Income Housing Institute director Sharon Lee has urged that Murray “not blindly follow the recommendations of consultants or put all your eggs in the rapid rehousing basket.”

Under the terms of Murray’s plan, the dollars would flow toward the region's coordinated entry and data collection systems, converting existing shelters to a 24-hour model maintaining and expanding the emergency shelter system, and getting families inside.

According to Murray spokesperson, Katherine Jolly, "The new revenue is coming from the rising revenues in the General Fund, including from the recently-approved increase in the solid waste utility tax."

In the wake of the recent pause on the North Precinct station, Councilmember Kshama Sawant has called on the city to use the bonding capacity eaten up by the station to fund affordable housing. The bonds, she has argued, could be repaid by taxes on real estate transactions.

The executive has been blunt about that tactic: “The funding source proposed for the North Precinct REET (Real Estate Excise Tax) cannot be used for housing. Per state law, housing is not one of the eligible uses.”

Sawant disagrees, calling the claim “disingenuous.” In response to Murray’s speech, she said that “this has been done in every budget in recent memory.”

According to Sawant, “Former Mayor Mike McGinn weighed in after the Mayor’s comments, tweeting that his administration ‘used REET to free up [the] general fund and protect human services in [the] Great Recession. This is a known strategy’ in City Hall.”

It will be on Sawant to amend the budget if she hopes the proposal will live on.

As Murray exited the chambers, he was met with chants of “Shame on Murray!” One protestor, Susan Russell, waved a laminated “1” as proof she was first in line for entry to the speech. “I’ve been waiting since 11 a.m.!” she yelled. As she finally made her way into the chambers, emptied after the speech but still in session for the council’s normal meeting, she singled out each councilmember, save for Mike O’Brien and Kshama Sawant, and yelled “shame.”

It's always difficult to know whether those who turn out to City Hall actually represent the voting public. But in a city craving changes — to the police, to its way of dealing with the homeless, to housing — "good governance" may not necessarily be the bombshell the mayor and the council need.

But, then again, what else is there?

This article has been updated to include Katherine Jolly's explanation of general fund revenue.