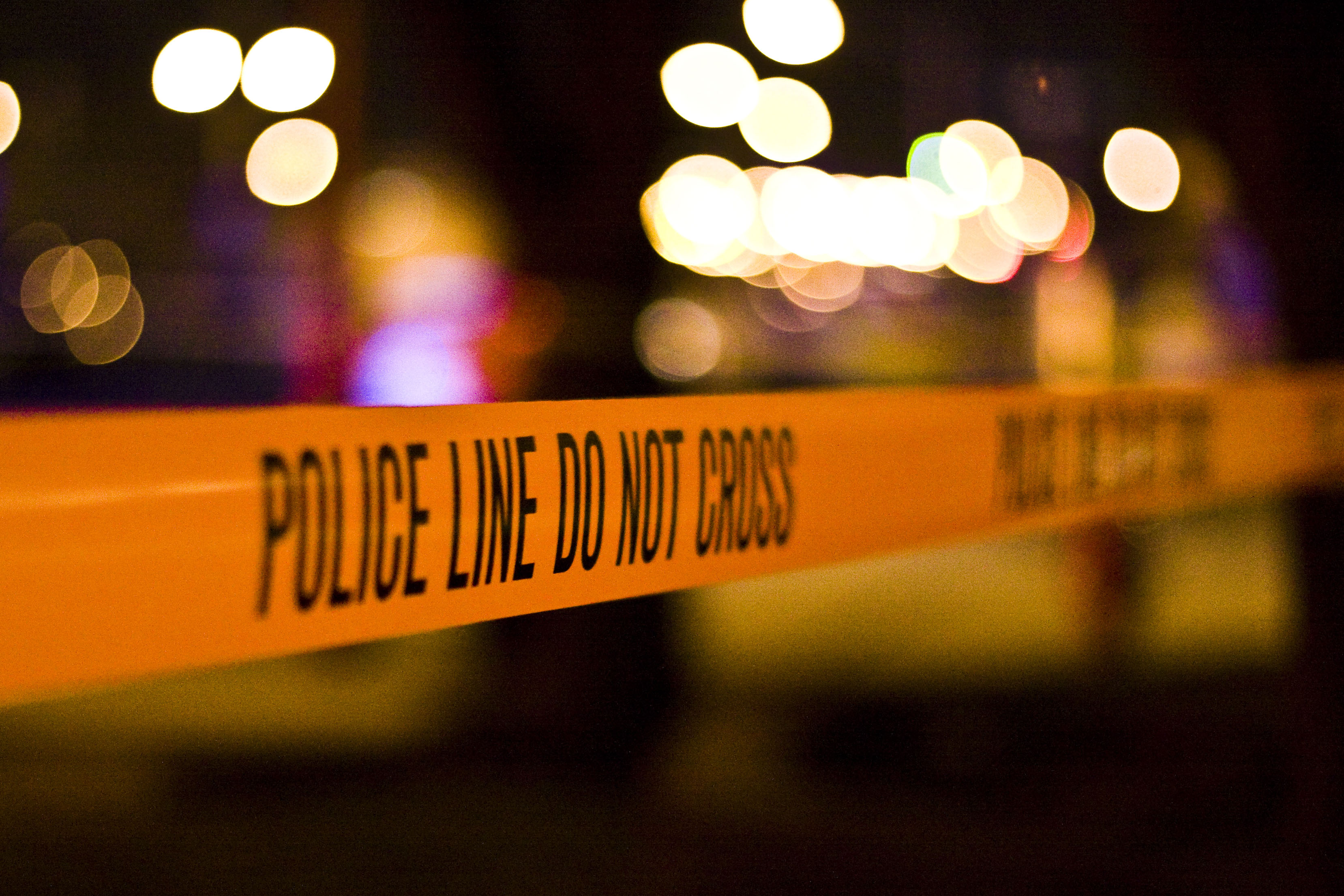 When the Austin Police Department released its drunk driving statistics for 2015, they showed a stunning 23 percent drop in alcohol-related crashes. Everyone cheered, especially Lyft and Uber; both companies were knee-deep in a regulatory battle with the city, and trumpeted the numbers as proof their services reduced the number of people driving while intoxicated.

Days later the numbers changed, and that reduction was slashed to just 12 percent. They were tweaked again days after that, and increased to 17 percent. The problem, wrote Austin American-Statesman reporter Nolan Hicks, had to do with the department’s records management system, Versadex. The system had a complicated process for tracking DWI incidents. Some weren’t being counted while others were counted twice.

Versadex is used by departments across the U.S., including in Seattle. To better understand the system’s complexity, Hicks made public records requests from not only the Austin Police Department, but Seattle as well, for “any guides or instructions about how to query and export crime data from [Versadex].”

To his modest surprise, the request has now resulted in a federal court case between Versaterm, the Ontario, Canada-based company behind the software, and the City of Seattle. The case is a microcosm of a convoluted process for disclosure fights between requestors, government agencies and third party contractors that pits a well resourced company against a single individual with an agency in the middle that just doesn’t want to get sued.

And at stake is whether that record is permanently sealed from all future requests.

Recently there has been encouraging data about Seattle police’s interactions with people in crisis and uses of force, numbers undoubtedly collected with the help of Versadex.

But the software has had issues. In addition to Austin’s most recent kerfuffle, the Texas city had significant problems with its dispatch system between 2008 and 2010, resulting in slow response times.

In Portland, department officials openly expressed frustration with Versadex and its clumsiness, complaining of cost overruns and cumbersome records management.

Seattle police have been using Versadex since 2009. Broadly, it’s a form of intranet for the police. As a beat cop or dispatcher enters relevant information, it is quickly shared to other corners of the department. Following an incident, cops can use the same software to write a report from their car and automatically upload it into a database.

In theory, all of this should make it easier to track crime trends, as well as officer response to an incident. The second piece is extremely important to SPD, which got hammered by the Department of Justice for its history of poor records management, especially when it came to reporting uses of force and interactions with people in crisis.

The importance of the system, combined with its issues elsewhere, is more than enough to spur curiosity about how it works and whether it’s worth the cost.

The functionality of Versadex is central to SPD’s progress within the settlement agreement. The independent monitoring team created under SPD’s settlement agreement with the DOJ has received training on Versadex. The agreement calls on the department to “expand its tracking of information regarding SPD’s interactions with individuals in crisis” via Versadex. And the police’s former Chief Technology Officer Gregory Russell boasted of the software to the Stranger.

Sheila Friend Gray, SPD’s public disclosure officer, received Hicks’ request for Versadex instruction manuals on June 2. By July 20, she was ready to oblige, but not before notifying Versaterm of the intent to disclose, as is customary when a third party is involved.

In response, the company filed a request for a temporary restraining order (TRO) against the City of Seattle. The manuals, they argued in dramatic language, are “quite literally packed with Versaterm’s intellectual property, such as valuable trade secrets.”

The company described the city’s intent to disclose the manuals as a “reckless and harmful course of action,” and they “ literally had no choice” but to file a TRO. “The metaphorical wrecking ball is about to hit the building,” reads the company complaint.

The restraining order was granted. Now, U.S. District Court Judge James Robart (the same judge overseeing the settlement agreement between the DOJ and City of Seattle) must decide whether to grant a permanent injunction, which would close these manuals off from the public eye permanently.

The first question is whether Versaterm can argue their manuals qualify as “trade secrets.” These are, on the surface, exempt from disclosure under Washington law. The company argues yes, that by disclosing these manuals, all their competitors could see the intimate details of how Versadex works.

“To turn these manuals over to a reporter, who may publish the manuals and other protected information to the world,” argues the company, would have the effect of “ruining Versaterm’s business.”

Not only should the court not make the manuals public, but SPD should never have even entertained disclosing them, argues the company. According to their case, Versadex was not sold to the City of Seattle, simply licensed, and therefore not the city’s to release.

“Such agencies should not be allowed to solemnly promise to protect their contractors’ trade secrets and then, with a wink and a nod, allow the contractors’ technology to be publicly disclosed, thereby destroying its value,” the company says.

The definition of a trade secret is not obvious, however.

“If they’ve released it to a government agency, how can you consider it secret?” says Toby Nixon of the Washington Coalition for Open Government. “I’m pretty skeptical. If it’s not super secret internal design documents, I think they have a hard time making a case that that’s a proprietary trade secret.”

In fact, some of the training materials for Versadex can already be found online.

Regardless of whether or not the information actually is a trade secret, attorney Katherine George argues the process for answering that question is the deeper problem.

“The problem with the public records act right now is that the general public can be permanently cutoff if the particular requestor either can’t or doesn’t want to fight,” she says.

There are three parties in the Versaterm lawsuit: Versaterm, the City of Seattle and Hicks. Versaterm’s stance is obvious. The city, however, doesn’t really care how the case turns out, and is interested mostly in protecting itself.

“In this sort of case, our interest isn’t in withholding or releasing the documents, it’s with complying with the law,” says John Schochet with the City Attorney’s Office. By the city’s calculations, they’d prefer to risk over-disclosing with a notice to the third party and letting it play out in court than risk violating state law.

Besides, cost is of little concern to the city. “Most of the cost in something like this tends to be born by the private parties,” he says.

That leaves Hicks. But although the case has been ongoing for nearly a month, Hicks hasn’t made an appearance. When asked if he’s planning to fight for the records, he says, “We haven’t had that discussion yet and honestly we’re so scrapped for resources, I’m not sure. Since the story’s run, I don’t know how interested the bosses are.”

Even if Hicks were to prevail, he and his newspaper would not recoup attorney fees in a case like this one.

Hicks’ absence is significant because Versaterm can freely argue his request is not in the public interest, and therefore shouldn’t be disclosed. “Is Hicks acting as a reporter or as an agent of one or more of Versaterm’s competitors?” the company asks in a court filing. “Before turning over (and perhaps losing) its most important intellectual property, Versaterm would like to know the answer.”

Although Hicks clearly has an argument for why DWI statistics are in the public interest, Robart so far has favored Versaterm’s argument, hence his initial decision to grant a TRO.

Because the city prefers to cover its bases through the court systems, whole documents can be shut off from the public even if only pieces are actually proprietary. As a member of the Sunshine Committee, established in 2007 to review exemptions from the state public records act, George is pushing for revisions to the records act to change this process. She’s proposing a more uniform approach for determining exactly what is considered a trade secret so that the agency — in this case the City of Seattle — can more clearly make a decision about what’s exempt at the start.

She’s also proposing awarding attorney fees to the requestors to “reduce the need for individual requesters to bear the entire costs of representing the public interest in obtaining non-exempt information.”

On August 16, George’s recommendations were met with general approval from the committee, which includes Senators Maralyn Chase (D-Shorline) and Pam Roach (R-Sumner); Representatives Luanne Van Werven (R-Lynden) and Larry Springer (D-Kirkland); Seattle City Attorney Pete Holmes and others. The hope for George from here is to find a sponsor for the next legislative session.

Hicks' story ran without the manuals, a disappointment to be sure. But he's still interested in fulfilling the request.

"We’re not trying to request because we’re trying to steal or give it to a competitor," he says. "We think there’s a very clear public interest." It's a message that may never reach the ears of the people that matter.