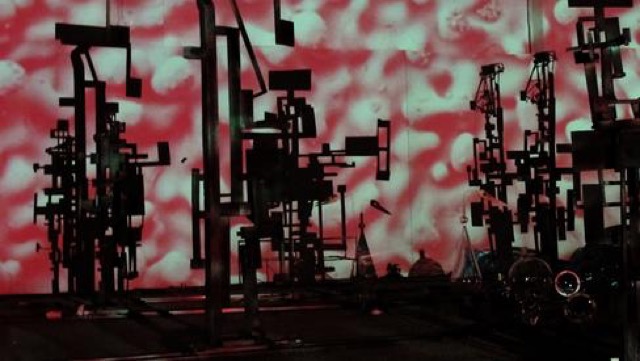 The performers here include a train — yes, an actual train — on 195-feet of elevated tracks outfitted with mirrors and cameras and flanked by moving sculptures, projected images and a soundtrack. Verdensteatret, a group of animators, sound engineers, painters and musicians from Norway, is the mastermind behind this production that transforms the entire stage into a jaw-dropping, Tinker Toys-on-steroids marvel (there are yards and yards of leis that, reportedly, will also move and add to the on-stage surrealism). 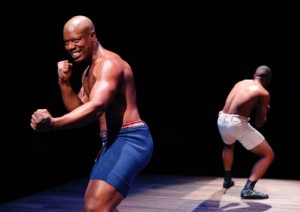 A black boxer sets out to prove himself as the greatest boxer in the world. He plans to fight the current heavyweight champion—who is white. And that act triggers threats of violence (and worse) to him and to his family. So, should he risk it all? Told in six rounds, “The Royale,” written by Marco Ramirez and directed by Ameenah Kaplan, is inspired by the little known and real life Jack Johnson who boxed in the early 20th Century. A uniquely absorbing production that builds beautifully until its quietly devastating end. I went home and couldn’t stop reading my program just so I could stay connected to the production. Yes, it’s that good.

A table containing a few papers and a glass of water, placed in the middle of the stage — this is the entire set of a Mike Daisey performance. Add to that monologist Daisey and you’ve got a theatre performance to remember. Daisey has been writing and performing his own monologues since the '90s, delivering stories on the border of personal experience, philosophy and history with words so perfectly chosen that you will alternately hold your gut with laughter and draw in your breath with fear. When he was last in town a few years ago, he did a two-week stunt at Seattle Rep, performing American Utopias one week and Fucking Fucking Fucking Ayn Rand the next. Both were incredible and worth spending my grocery money on at the time. His newest show The Trump Card continues to explore the state of the American Dream and how we’ve all been trained to worship money, as seen through presidential candidate Donald J. Trump.

The Who’s Who of our incredibly talented local dance scene contributes to a jam-packed fall kick-off that’s part Best Of highlights from last season and a tease of what lies ahead this year. KT Niehoff, Markeith Wiley, zoe | juniper, Spectrum Dance Theater, Ezra Dickinson, Alice Gosti, Ellie Sandstrom, Kate Wallich, Wade Madsen, Pat Graney — and more! Whew. If just reading those names impresses you, imagine the joy you’ll feel when you see their work. A different lineup each night.

We live in a great city for film, so much so that it’s easy to take it for granted considering almost every limited release movie we want to see will be shown and that there are always local artists creating. Support those local artists and take in works, many never before seen, at the 19th annual Local Sightings Film Festival. While, the showings this weekend alone span the spectrum of subjects (from a doc about the state of American dairy farmers to a mockumentary about the evils of D&D), they are united by how inventive and genuinely intriguing they are. My very talented friend Stephen Anunson will be premiering his feature The Boy Who Lived Before on Saturday. The film is cinematically beautiful, dream-like, and anchored by performances by its two young stars, on-and-of screen brothers. Most of the showings are this weekend and next, with tickets at $11.