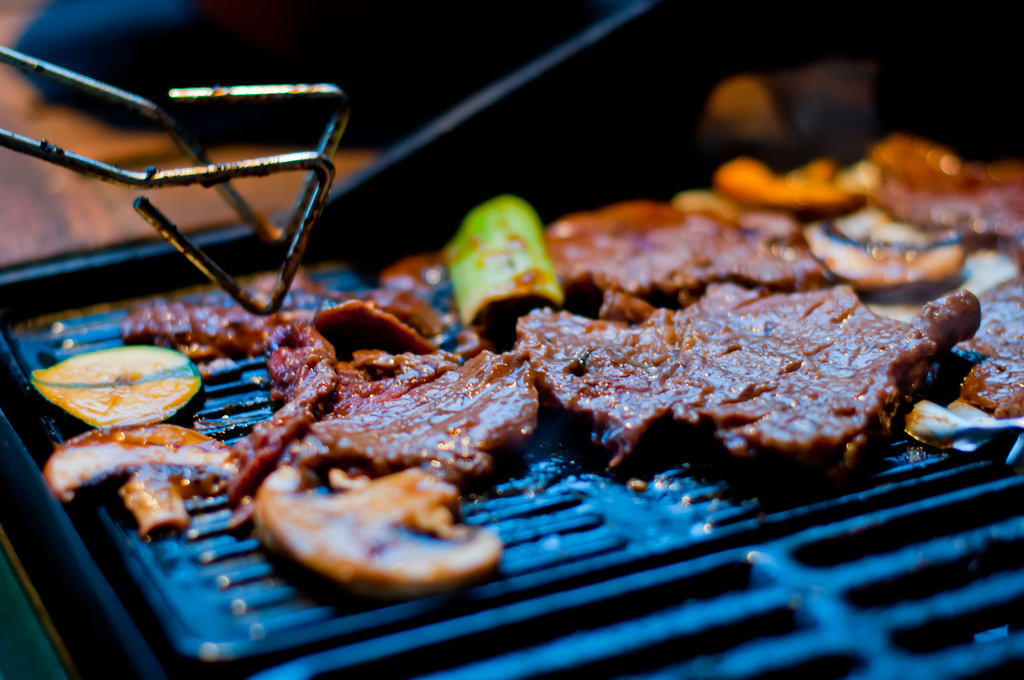 It doesn’t take much to make me hungry. (All that Trump-related talk last week about taco trucks on every corner got me craving some soft chicken tacos with extra onions and cilantro). So consider the title of this event: Korean BBQ Cook-Off. Now imagine the aroma of grilled kalbi and that first sweet taste as you gnaw it off the bone. It’s a cook-off but, seriously, it’s really all of us feasters who win. 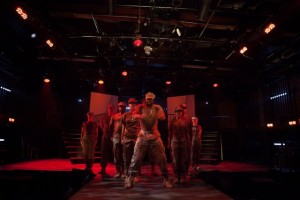 Earlier this season, ACT Theatre presented a musical about a most-unlikely subject — presidential assassins — and man, was it standing ovation-good. Now comes a rock musical called Bad Apples that’s about the Abu Ghraib prison torture scandal. The show premiered in 2012 in Los Angeles; the LA Weekly called it “thoughtful” and “theatrically thrilling” with “an accomplished rock score.” John Langs directed it back then. Now Langs is the artistic director at ACT, the director of this and he fought to bring the production here, knowing the material was edgy but confident that ACT audiences would appreciate a chance to embrace edginess. Based on the real-life love triangle involving U.S. military personnel who abused detainees, the production raises the question as to what would prompt people to do the unthinkable but, according to Langs, let’s audience members figure out the answer. 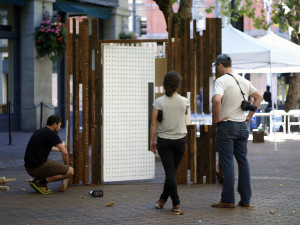 The Seattle Design Festival once again brings Seattleites out to discuss and engage with design — forms seen and unseen — shaping our city. The festival kicks off with the Urban Air Market in Occidental Park on Saturday, bringing together over 100 local artists and craftsmen (think of it like an ethical Anthropologie). Ongoing installations and exhibits around the city spark conversations on everything from urban development to earthquake preparedness to homelessness. Park(ing) Day Plus+ is always one of my favorite times; this year see parking places turned into temporary parks for not one, but two days. If you’re lucky enough to catch a tour, a principal architect at Olson Kundig will be giving a tour of the Frye on Sept. 15 while Seattle Architecture Foundation leads a tour of Queen Anne neighborhood on Sept. 17. Whatever you do, look at the world around you with wonder, curiosity and ideas for improvement. To get in the mood, appreciate the vast impact of design with the truly excellent podcast 99% Invisible. 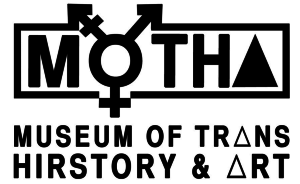 If the names Nell Pickerell or Marsha Botzer don’t mean anything to you then here’s your chance to learn some history about the local transgender community. It’s an exhibit meant to document and acknowledge a community whose history is spotty because it hasn’t always been recognized. The show is organized by Bellingham  artist Chris E. Vargas, whose Museum of Transgender Hirstory & Art is an imaginary museum that takes form in a series of autonomous events. A related Sept. 15 panel will focus on local transgender narratives; panelists will include Aleksa Manila, Luzviminda Uzuri Carpenter, Calvin Gimpelevich and Botzer.

One More Time with Feeling

When you’re a star, you can turn the release of your album it into a one-night-only cinema event. However, only if you’re Nick Cave can you release your 16th studio album alongside a film as beautiful, raw and meditative as anything you’ve done. Nick Cave & the Bad Seeds album Skeleton Tree officially comes out Friday, but on Thursday, listen to the album and see the one-of-a-kind film One More Time with Feeling, directed by Andrew Dominik. Dark, ruminating and unforgettable, the film premiered at the Venice Film Festival to rave reviews from both Cave fans and newbies. It originally began as an album promotion and led to Cave being at the forefront of public eye. The 110-minute film illuminates Cave’s creative process, but largely shows him working through the 2015 death of his 15-year-old son and the grief that reverberates throughout the album. If you can’t make Thursday, the film will also be showing Friday, Saturday and Sunday — though I expect all will sell out.