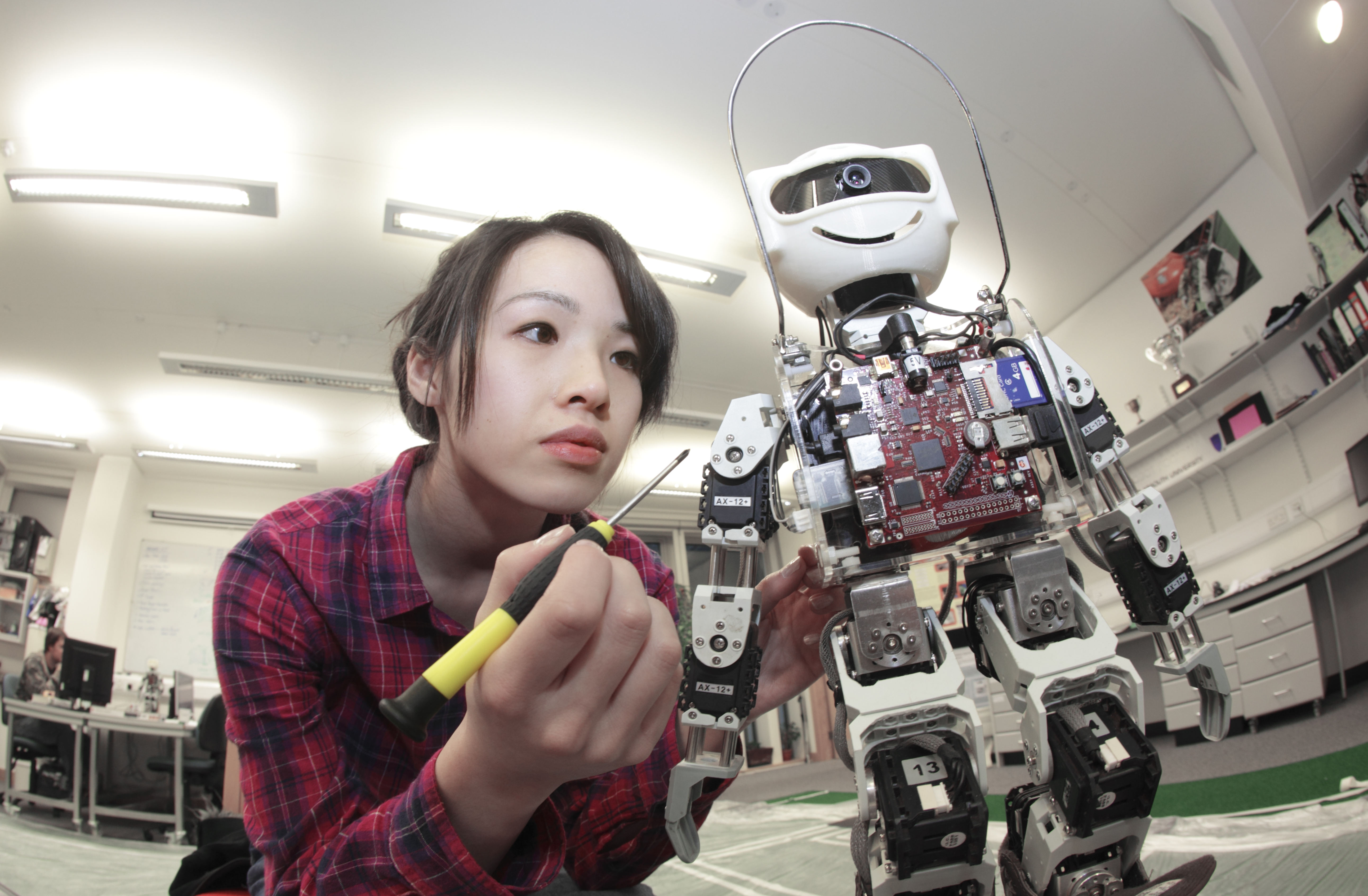 Sex sells, or so the saying goes. So it should come as no surprise that in 2007, the top-selling image for the search term “woman” at Getty images featured an attractive woman lying naked and wrapped up in sheets, staring rather longingly into the camera.

Over the years, however, the picture has changed, according to Pam Grossman, director of visual trends at Getty, a national stock photo agency based in downtown Seattle. In 2013, Getty noticed that top-selling images depicting females were evolving into photos of girls and women in powerful, leadership roles. People in the business call the phenomenon “Female Rising.”

And get this: 2016 marks the first time in the past five years in which Getty's top-selling image for the search term “scientist” is of a woman. In fact, Getty reported that in the last year, the search term “woman + STEM” went up by a whopping 526 percent. (“STEM” is short for science, technology, engineering and math.)

Historically, STEM-related images have promoted male leadership — a simple Google image-search of “stock photo scientist” will reveal a plethora of white men. It's reflective of STEM fields that are notoriously male-dominated and generally lacking in diversity, and Seattle-based tech companies are no exception.

Microsoft boasts that in 2016, gender diversity on its senior leadership team has reached an all-time high of 27.2 percent female. That's up from 20 percent the previous year, but the company still lags well behind its big tech counterparts. Nationally, Amazon leads the way at 37 percent.

But some of these companies are making noticeable efforts to reach out to a more diverse population — and that's where imagery can come into play. The introduction video on Microsoft's careers page makes the place look like the United Colors of Benetton. Amazon's recruiting page features a large photo of a young woman.

“The brain processes images faster than text – it's the most immediate way to communicate,” Grossman explains. “So it's crucial that people use images that paint a better picture of the world.”

Those images can make a huge impact. According to the findings from a study performed in India, “people who were exposed to pictures and biographies of famous women leaders were more likely to automatically associate women with leadership qualities than those who were exposed to control exemplars.”

Imagery is a critical piece of a much bigger puzzle, according to Caroline King, chief policy and strategy officer at Washington STEM, a nonprofit that works with under-represented populations to spark interest in STEM careers. “Kids can't aspire to careers and opportunities that they don't even know exist.”

Every image that Washington STEM uses, from its website to posters and event invitations, is placed very intentionally, King says. They're hyper-conscious about representing marginalized groups to drive awareness and break down stereotypes. “There are a lot of preconceived opinions about STEM — that not everyone can be good it,” she says.

Washington STEM found that in the next decade, nearly all of the fastest-growing jobs in Washington state will require STEM skills. So it's crucial for the State to make efforts to include historically under-represented groups. King believes that Washington has taken strong steps in the fight for gender equality in STEM careers, but that there is much more to be done. “It has to be a multi-faceted approach,” she says. “The foundation is there, but we're poised to do much more.”

That's why Washington STEM is partnering with Getty and the UK's Your Life for the Repicture STEM competition, in which anyone can upload photos depicting a diverse range of people working in STEM fields. “It celebrates images of people of different backgrounds and shows that STEM is a path that's open to anyone,” explains Grossman. The winning photos will be displayed on Getty's website.

While there's certainly no perfect solution to getting more big Seattle tech companies like Microsoft or Amazon to hire more women and members of marginalized populations, the work that Getty and Washington STEM are doing is a step in the right direction, says Grossman. “The more these images are seen,” she says, “the more normalized they become in culture.”