One simple step to increase diversity in Seattle police 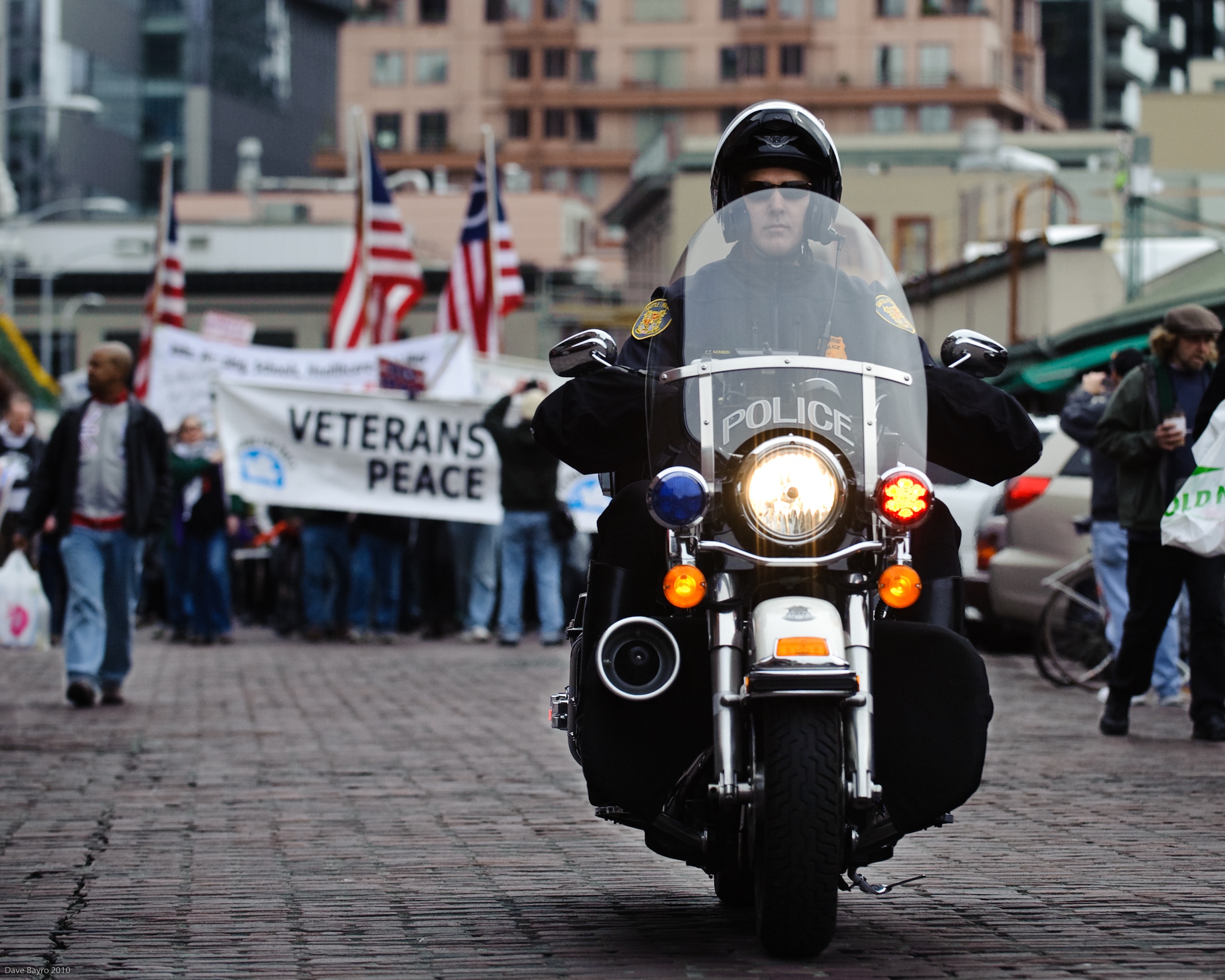 Two days after Seattle Mayor Ed Murray took office, his advisor on police at the time, Tina Podlodowski, got an email. It was from  Judge Anne Levinson (ret.), from the Seattle Police Department’s in-house disciplinary arm.

The subject was so-called “preference points” — an advantage awarded to military veterans on the civil service exams they take to become police officers or fire fighters: five bonus points for service, ten points for being in a war zone.

Levinson wanted to talk to Murray about the “possible unintended disparate impacts” of this practice, a subject she’s written about for years. After all, the U.S. military is only about 15 percent women and between 70 and 75 percent white. Questions of culture aside, those numbers do not spell great things for creating a diverse force, something the mayor and the departments have said they desire.

Veteran’s preference points are a state and federal question, so rather than take on that animal, Levinson suggested a different approach. “A way to address any unintended gender impacts, as well as to further diversify the SPD workforce, might be to add preference points for other skills and experience that are important but have not been highlighted in traditional hiring processes.”

Candidates could be awarded points for speaking multiple languages, experience in social work, time spent in the Peace Corps or AmeriCorps, community service — all of which could theoretically lead to greater cultural competency and/or a better understanding of people in crisis.

Initial response was positive. “Anne,” wrote Podlodowski, “thank so much (sic) for taking the initiative on this.”

“Please let us know how we can help,” wrote Jean Boler from the City Attorney’s Office. “This rule change seemed like a good way to not only address some diversity issues, but get candidates with skills sets useful to both SPD and SFD.”

But two years and nine months later, there hasn’t been any movement on the issue. The mayor halted the workgroups researching the proposal shortly after they started their work, and they have not restarted.

Meanwhile, the mayor is up against pressure regarding the North Precinct police station. The activists who recently fomented a delay in its replacement have also targetted Murray’s pledge to add 200 new officers to the department, for a relatively simple reason: They don’t approve of the cops being hired, so can’t support hiring more.

Expanding preference points is far from a silver bullet, but if the mayor hopes to arm himself against the protests that are sure to continue, it might perhaps behoove him to show movement toward changing the department’s means of hiring.

Almost every month, King County Sheriff John Urquhart drives to the state-run police academy in Burien to swear in a new batch of officers. It didn’t take long for Urquhart, who took office in 2013, to notice a trend.

So he looked for ways break that mold, starting with multi-lingual applicants before moving onto Peace Corps service. The process, he says, was easy: He went to King County Human Resources and asked. They said OK.

By November 2013, the rule was in place. The first hire was a man named Ricardo Cueva, a Mexican-born, Spanish-speaking officer. Urquhart says he is “extremely proud of him.”

A month after King County enacted the rule, near the end of former Seattle mayor Mike McGinn’s tenure, Levinson brought the proposal to the Seattle Public Safety Civil Service Commission (PSCSC), which can set and change rules in the city. According to meeting minutes, “Ms. Levinson put forward proposed rules to get the discussion going” and “the Law Department has reviewed it and assigned people to work on it.”

When she reached out to Podlodowski a few weeks later, the Law Department had already weighed in: The rule change could indeed be carried out.

But at the January 2014 meeting of the PSCSC, the proposal didn’t come up. Then in February, it was tabled.

“The Mayor’s office wants to put the proposed rules on hold until a new Chief of Police is appointed and the rules can be looked at within a broader recruitment context,” read the minutes. “The Mayor’s Office and SPD may take a look at this in six months to a year with a wider perspective.”

According to Jennifer Greenlee with the PSCSC, the commission hasn’t had any discussions about it in almost three years.

In other corners, the proposal didn’t go away. When the civilian Community Police Commission (CPC) released its police accountability recommendations in April 2014, expanding preference points was one of them. In a recent draft ordinance from the CPC, which would codify those recommendations, it was still there. Levinson has continued to write about it in her semi-annual reports. And a May 2014 report from the Gender Equity Task Force, originally established under McGinn, advocates for making the change.

After bouncing this question around from department to department, the Seattle Department of Human Resources responded that, “The City continues to look into other ways to utilize preference points to achieve greater workforce equity. That said, no decisions about expanding the use of preference points at the City have been made at this time.”

The department did not respond to requests for more specificity.

One obvious barrier could be the need to negotiate the proposal with the police union. Early in discussions, some members of the PSCSC were concerned this would be the case.

But if it’s a simple rule change, as the city attorney’s office said, it would not need to be bargained. In her reports, Levinson labels it as something that could be accomplished without bargaining with the police union.

In King County, Urquhart never even brought it up with the King County Police Officers Guild.

“I don’t remember [KCPOG President] Steve Eggert and I ever talking about it,” he said. “I just did it. They do not have a role in who we hire, in my view and the view of my advisors, based on our contract. It never came up and I’ve never heard a word about it from him. Ever.”

Further, in a draft of the (eventually rejected) collective bargaining agreement between the City of Seattle and the Seattle Police Officers Guild  that was leaked to The Stranger, the proposal is nowhere to be found, which means it never came up.

For over a month, the mayor's office has been preparing to submit an ordinance to U.S. District Court Judge James Robart. This should, in theory, look close to the draft ordinance approved by the CPC; representatives from both have been working toward an agreement. It's possible, then, that preference points will show up in that document when the mayor's office files it October 7.

During a tour of the old North Precinct police station earlier this month, Councilmember Kshama Sawant and her train of activist friends stumbled across stickers on the lockers of officers. Among NRA membership stickers and punisher skulls were disparaging images of the Obama "O," including one with a cartoon Calvin peeing on it.

In those stickers, the people on the tour did not see themselves or the communities where they lived. It's this disparity that feeds the protests growing at city council meetings.

Would expanding preference points fix that divide? In King County, says Urquhart, change has not been overwhelming or dramatic. Realistically, we're only talking a few officers a year. But in the broad context of police reform, a deeply complex issue full of long-protracted fights, this has the potential to be an easy win.