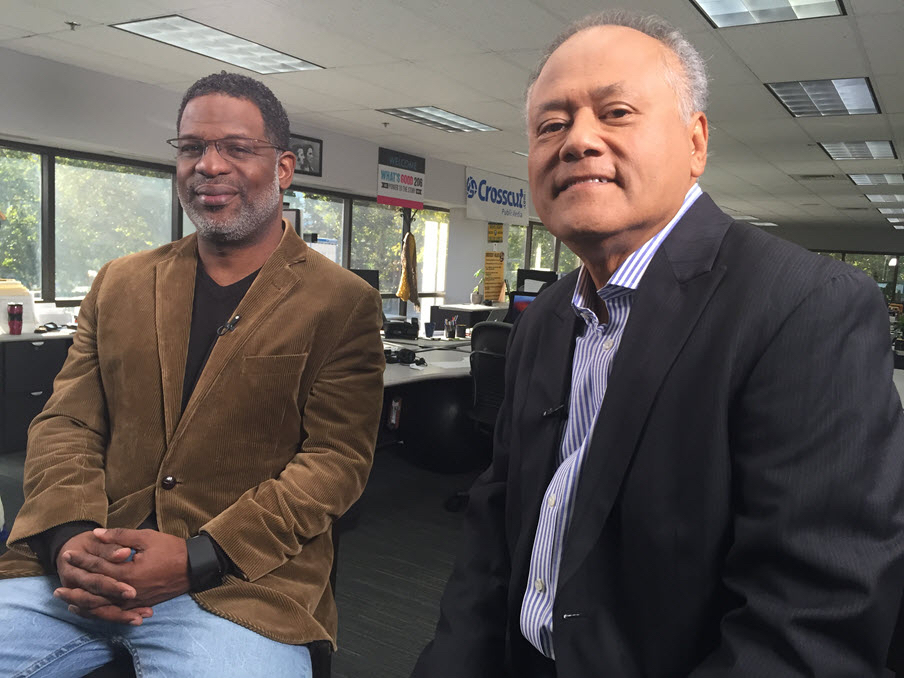 A number of national polls show Donald Trump gaining ground on Hillary Clinton. Could Trump win? University of Washington political science professor Christopher Parker thinks he can do it, and says race is a factor.

Never underestimate the power of "scared white people," says Parker, who has written extensively about race and politics, and has studied the Tea Party extensively. Tea Party members, many of whom support Trump, "feel like the country is being stolen from them," he says.

Parker, one of the few commentators who saw Trump as a contender early in the primary season, says that kind of negative sentiment is a powerful factor in driving voter turnout. At the same time, many Democrats who don't like Clinton may decide to sit out, thinking that Trump is not competent enough to win the election.

Parker also points to an advantage that Trump will have in the first debate: With all her experience, Clinton will have to do extremely well to impress people while Trump will face a much lower bar of expectations.

I interviewed him last week:

Parker is heading up the KCTS9/Crosscut/Washington election poll, scheduled to be released in October.

Parker’s first book, Fighting for Democracy: Black Veterans and the Struggle Against White Supremacy in the Postwar South, winner of the American Political Science Association's Ralph J. Bunche Award, takes a fresh approach to the civil rights movement by gauging the extent to which black veterans contributed to social change. His second book, Change They Can't Believe In: The Tea Party and Reactionary Politics in America, explores the beliefs, attitudes, and behavior of the Tea Party. This book won the American Political Science Association's award for the best book in Race, Ethnicity, and Politics.

A third book, currently in progress, Haven't We Seen this [Stuff] Before?: The Reactionary Right and the Origins of Contemporary Racial Politics, examines the forebears of the Tea Party, and how their resistance to progress resulted in the present political climate in which America remains mired in racial conflict.