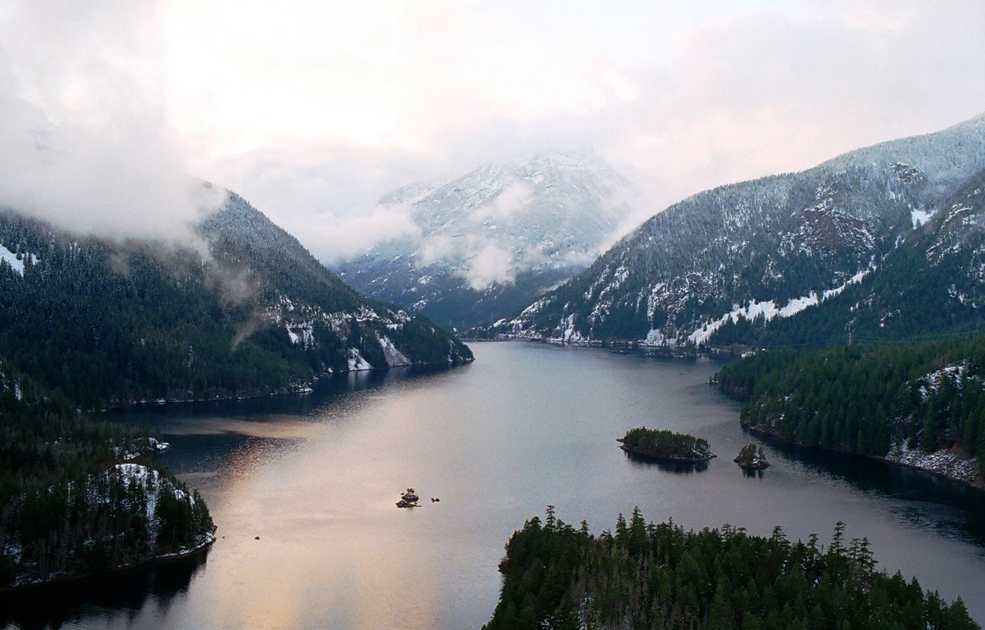 Diablo Lake, a reservoir in in the North Cascade mountains of Washington state

This story was originally published by OPB/Earthfix.

Hydroelectric power may not  be a carbon-free energy source after all.

The report didn’t look just at those reservoirs behind hydroelectric dams. It also examined reservoirs that impound water for irrigation and drinking. When all those man-made water bodies are added up, their combined emissions make up 1.5 percent of the world’s greenhouse gas pollution. Put another way, if reservoirs were a country, they’d be the 8th largest emitter of greenhouse gasses like methane and carbon dioxide.

“That means that additional reservoirs that are constructed will have a greater greenhouse gas impact than historically thought,” says Washington State University professor and study author John Harrison.

But reservoirs do something that these power plants don’t: they put methane into the air — a greenhouse gas produced when dead plants and animals break down. That means the biggest carbon-emitting reservoirs are those more recently built, submerging once-living beings like insects and trees that are actively decomposing.

The study authors examined all the research on the issue for the past 15 years.  Harrison says as the science has improved, estimates of methane emissions have increased 25 percent.

“In terms of methane, the cumulative emissions from reservoirs… are comparable to other major anthropogenic sources of methane to the atmosphere, like rice cultivation and biomass burning for energy,” he said.

This could have implications for regions like the Northwest, which rely on hydroelectric power to meet its power demands.  At the very least, it gives a broader picture of the carbon cost of hydropower.

Jeff Leahey of the National Hydropower Association says the industry group has been monitoring the issue of reservoir-related greenhouse gas emissions.

“The generation from hydropower projects itself is certainly not carbon producing.  And the reservoirs - this is an issue for all reservoirs regardless if they’re hydro-producing or not,” he said.

And most of the dams in the United States do not produce electricity.

“It’s still early on, we think, in the study of it.  And there needs to be a lot more done in order to get to a point where you can start basing policy decisions [on the available science],” Leahey said.

Harrison says the Washington State study adds to the growing body of scientific understanding about reservoir emission.  And adds that the new research out there is indicating early estimates of carbon emission were, if anything, too low.

Currently, carbon emissions from reservoirs aren’t considered when accounting for how much greenhouse gasses countries are producing.  Harrison says he is part of an effort to update how the United Nations climate agency handles the issue.  He says including reservoir emissions in that overall calculation could shift international climate policy.

The paper will be published in the journal BioScience.