$50 billion for ST3: Too big a bet on an uncertain future? 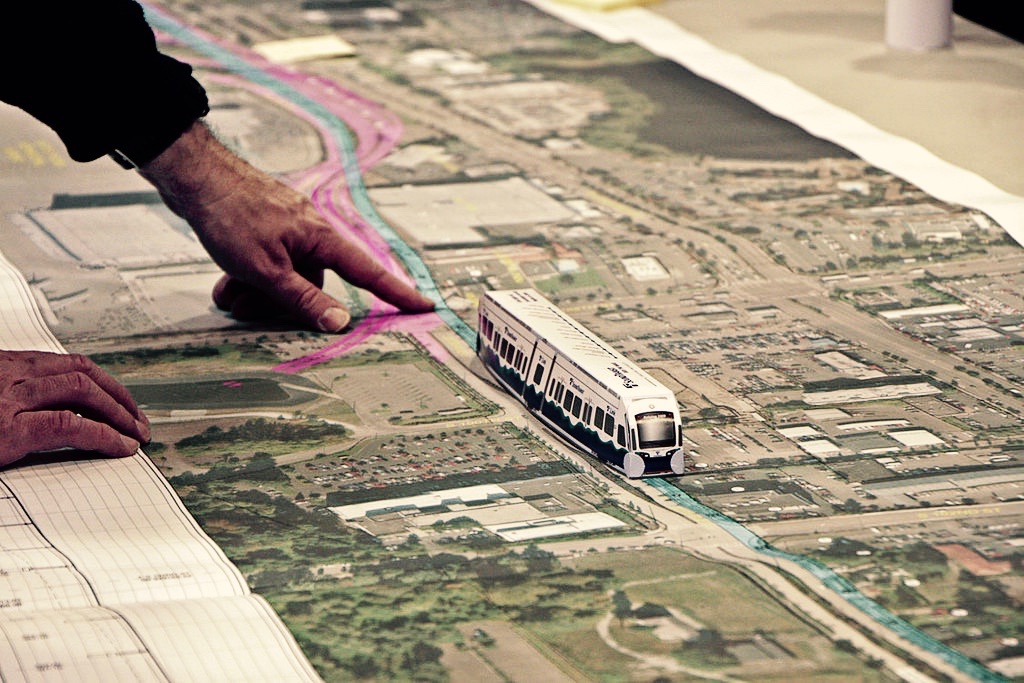 This is the fourth in a multi-part series on Sound Transit 3. Read part 1 here.

By any measure, Sound Transit 3 is a megaproject. A standard definition drapes the moniker over any major program or project that costs at least $1 billion — which is also to say that ST3, the Central Puget Sound’s proposed transit build-out, is a megaproject of megaprojects.

The construction and operation of light rail connecting downtown Seattle to the Ballard neighborhood and West Seattle (along with a handful of infill stations) will cost $9.5 billion. In Pierce County, light rail and Sounder commuter rail extensions will cost $5.2 billion. The transit plan also expands bus rapid transit lines across the region for a little over $3 billion. Over its 25-year timeline, the total ST3 price tag is expected to be more than $50 billion.

So far in this series, we've addressed costs to individual taxpayers and the make-up of this financial pie. This time around, we’re interested in risk; in the premise of the initiative. Should an agency ever commit $50 billion to a 25-year megaproject?

“The short answer is no,” says Alexander Budzier, a fellow in management practice at the University of Oxford’s Saïd Business School. "$50 billion is a massive amount of money."

Budzier and his colleagues study transportation megaprojects, along with other large infrastructure investments like hydroelectric dams and hosting the Olympics. He offers a few words of caution: “Across the board, eight out of 10 of these projects run over cost and behind schedule. Even the lowest risk projects you can complete — road construction projects — have an average cost overrun of 25 percent and an average temporal delay of 39 percent.”

The central problem, he says, is the unpredictability of major transportation program management — or, rather, the quite predictable phenomenon that says the bigger you dream, the more difficult cost and temporal estimation become.

Knowing the future is by definition impossible, and all stories of prediction are tinged with some degree of hubris. (How many pundits bet their souls that Donald Trump wouldn't win the Republican presidential nomination?) For those interested in transportation infrastructure, that’s a problem, because unlike in punditry, infrastructure investors impose real costs on citizens when their models are flawed.

“Sound Transit cannot afford to do that,” says Andrew Villeneuve, executive director of the Northwest Progressive Institute, which supports ST3. “It cannot afford for its guesses to be uneducated.”

Villeneuve’s is an argument about preparedness.

Sound Transit and its expert review panel, for their parts, note that the agency has stress-tested its budget and timeline with a series of sensitivity analyses that take into account variables like construction cost increases, low sales tax revenues, a recession occurring early in the ST3 program, high interest rates and increased inflation. And according to the output, the package is relatively robust to tweaks in these factors, which is to say it's capable of absorbing some shocks to the system. (The review panel originally critiqued Sound Transit’s forecasting as too conservative with respect to inflation rates and the amount of federal grant revenue it could expect, and the agency later updated these estimates.)

"We're basing our forward projections on history," says Geoff Patrick, a spokesman for Sound Transit. And ultimately, that’s all anyone can do.

The history of Sound Transit, though, is necessarily marred by the ahistoric nature of the financial crisis. "ST2 passed right on the eve of the national recession," says Patrick. Since then, the agency has had to grapple with the reality of economic "black swans"— that is, events that are mostly or completely unforeseen because of their low underlying chances of occurring.

While Sound Transit touts average cost-estimation accuracy of 97 percent for its ST2 projects, opponents of ST3 suggest the agency can only claim this because it regularly updates its numbers. The 1996 Sound Move proposal, for example, estimated that a light-rail line between SeaTac and the University District could be completed for around $1.7 billion. When an original Portage Bay tunnel proposal proved infeasible, however, costs for the U-District extension alone grew by $1 billion, and overall, the projects saw a cost overrun of about 86 percent.

When the U-District extension was finished last summer, however, Sound Transit boasted that it was "under budget" — a claim that is only true if you use the updated budget projections, rather than the original ones. (In 2008, the Sound Transit board adopted a baseline budget of $1.76 billion for the U-Link extension alone — a 3.15-mile segment — and in June 2016, the agency reported an estimated final cost of $1.56 billion. By the 2008 estimate, that’s an 11-percent savings.)

Suggest high enough a number, the logic goes, and you’ll always be able to claim you’re under budget. NoST3 campaigners also argue that there are simply better options on the table, and that rejecting the package would allow for these options to come online while simultaneously tempering Sound Transit’s alleged lust for money.

But people on all sides of the debate are making predictions, which brings us back to the larger question of what people are capable of forecasting.

Under Sound Transit’s projections rests a certain faith in the tech industry’s ever-inflating bubble. And yet many of the region's voters will remember past national shocks to the local economy. The Boeing Bust of the late '60s and early '70s, for example, saw the aerospace company cut its employment from over 100,000 to less than 40,000 people in just four years. In the aftermath, two real-estate agents erected an infamous billboard reading, “Will the last person leaving Seattle turn out the lights.”

Today, despite the region diversifying and rebuilding itself, the fear of exodus lives on.

Whether or not the economy will see another recession isn't up for debate, says Martin Duke, editor in chief of Seattle Transit Blog. "There will be a recession in the next 25 years," he says. "The question is whether or not we experience structural decline."

And that question has less to do with any transit agency and much more to do with the safety nets our policymakers put in place and whether or not we can trust the region’s growth trends.

There’s another forecasting question here, too — one concerned with predicting the rate of technological advance. Take self-driving cars, for example. ST3 opponents often hold up the notion of leapfrogging expensive light rail investments by waiting just a little longer for the autonomous-vehicle boom, which will, we’re promised, allow us to safely cram many more cars onto the same road space.

Tesla CEO/Silicon Valley demigod Elon Musk says we’re two years away from the revolution; Uber CEO Travis Kalanick has said that number is closer to 15. Maybe. The autonomous vehicle question also relies on uptake rates — that is, how quickly people buy these things and companies and governments cater to their particular infrastructure needs. And on that question, there’s simply no good data. Questions of affordability and privacy also demand attention. This is to say nothing of the potential market for driverless shuttle buses, not just single-occupant cars.

These data gaps are indicative of a final forecasting problem: that of trying to predict behavioral trends. Even sales tax revenues rely on more than macroeconomics. (Consider a transition from brick-and-mortar to online shopping.) To fully succeed, Sound Transit needs to be able to forecast all this and more.

All of these considerations leave voters with a lot of numbers to weigh against one another — on a scale that may or may not be skewed by the impossibility of prediction (or, depending on your degree of cynicism, governmental nefariousness). What, then, to do? How do we decide which way to vote on Sound Transit 3?

Keep an eye out for the final piece in this series, where we’ll try to assess whether or not we’ve gotten to the bottom of this madness.