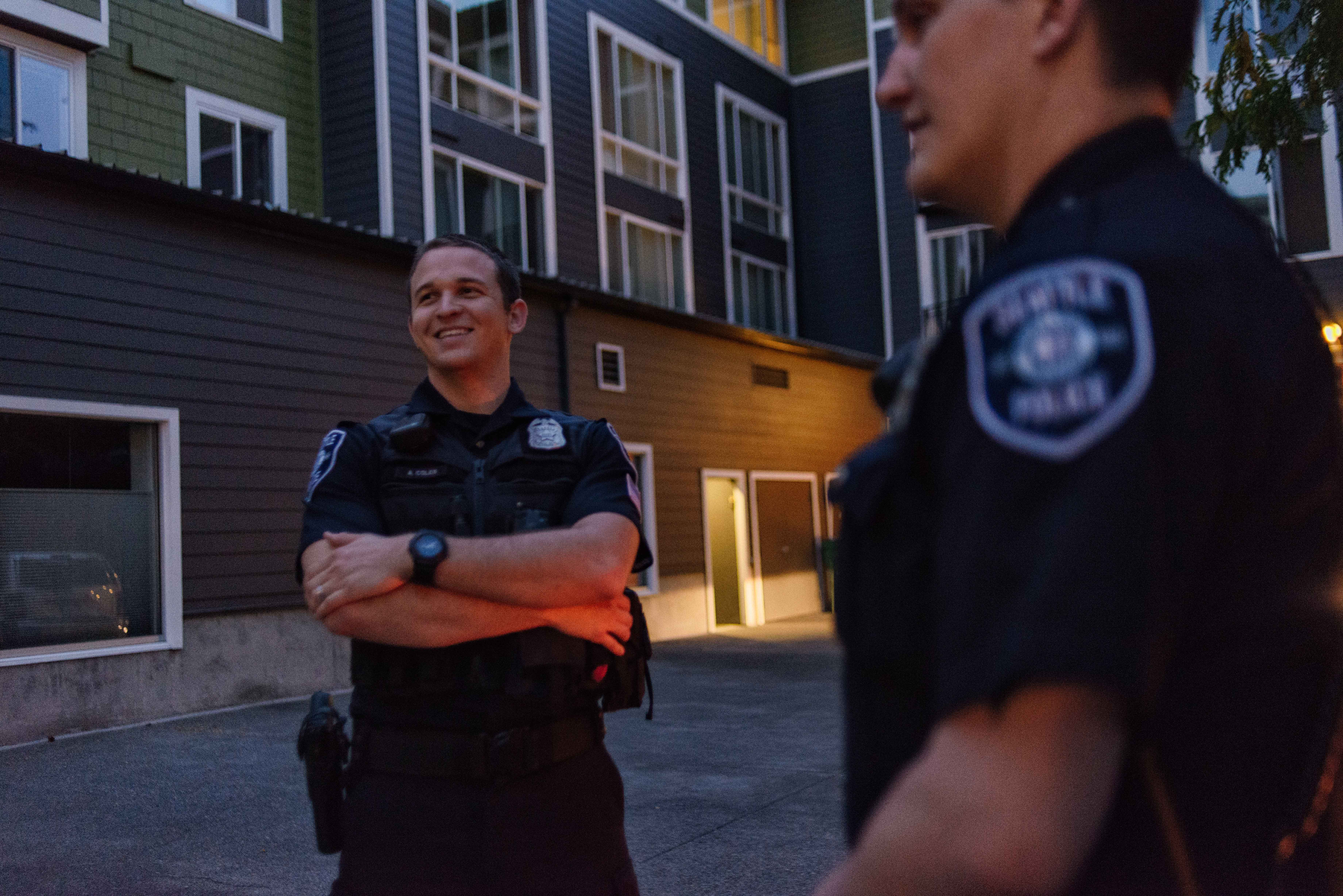 Amid all the positive report cards on police reform from the mayor, an independent monitor, the Department of Justice, even President Barack Obama, one statistic has bedeviled the Seattle Police Department: Trust of officers among African Americans has not budged in recent years.

That storyline may change with a new opinion survey filed in court Monday, though there are questions about the survey’s methodology.

Since 2013, shortly after Seattle signed an agreement with the feds to reform the police department, broad public opinion has been steadily climbing, according to research commissioned by the monitor overseeing the process. However, while the surveys have intentionally oversampled people of color, most of the respondents have been white. For a department that has struggled with, as the Justice Department framed it, “patterns of bias,” the most important opinions have been those of people of color.

In 2013, only 49 percent of African Americans approved of the Seattle Police Department, compared to 60 percent approval from white people. Last year, that number actually dipped to 48 percent, even as white approval of the department rose to 66 percent.

Meanwhile, the same monitor had released a number of reports praising the department for its strides forward. In a major feather-in-the-cap for the department, Police Chief Kathleen O’Toole got an invite to President Obama’s final State of the Union, due to her work toward de-escalation and crisis intervention training.

But the issue of race relations lurked. Several outlets wondered if she deserved her place in Michelle Obama’s box. CityLab’s Brenton Mock pointed explicitly to the stagnant opinion among local African Americans toward the department.

Considering the heated rhetoric from citizen activists — led mostly by Black Lives Matter members — toward local police organizations, the bump in approval may strike some as surprising.

In a statement, Mayor Ed Murray credited the work of the last several years for the survey results, specifically pointing to recently filed accountability legislation.

“The report commissioned by the federal monitoring team underscores the progress being made by the Seattle Police Department in addressing the gulf that exists between officers and the communities they serve,” said Murray. “And we continue to work to repair the trust with our police department. Earlier this month, we sent the strongest police accountability proposal in Seattle’s history to the federal judge for review.”

Further, it offered no evidence regarding how African Americans feel about police stops, a number which last year showed broad disapproval. The number of African Americans who reported that police used abusive language, and who threatened or used physical force, was still higher than any other demographic, although the number had improved since last year.

On a slightly different subject, body cameras received an overwhelming 92 percent support, similar to the 89 percent from the year before. Despite deep skepticism from some civil rights groups, this support has given Mayor Murray as well as Councilmember Bruce Harrell something of a mandate to begin implementing them across the department, and both are eager to move forward with the new technology.

When this survey came out last year, there was some concern in the civilian Community Police Commission as to its methodology. For one, said co-chair Lisa Daugaard, a huge number of the respondents had participated the Living Room Conversation program in the department. According to Daugaard, the CPC requested that the monitoring team address their concerns before moving forward on the survey, but were “very surprised” at their last meeting to learn the survey was already done.

Last month, the monitor hinted that Seattle may fulfill its settlement with the Justice Department by fall of 2017. With the latest numbers, that possibility may have just improved.