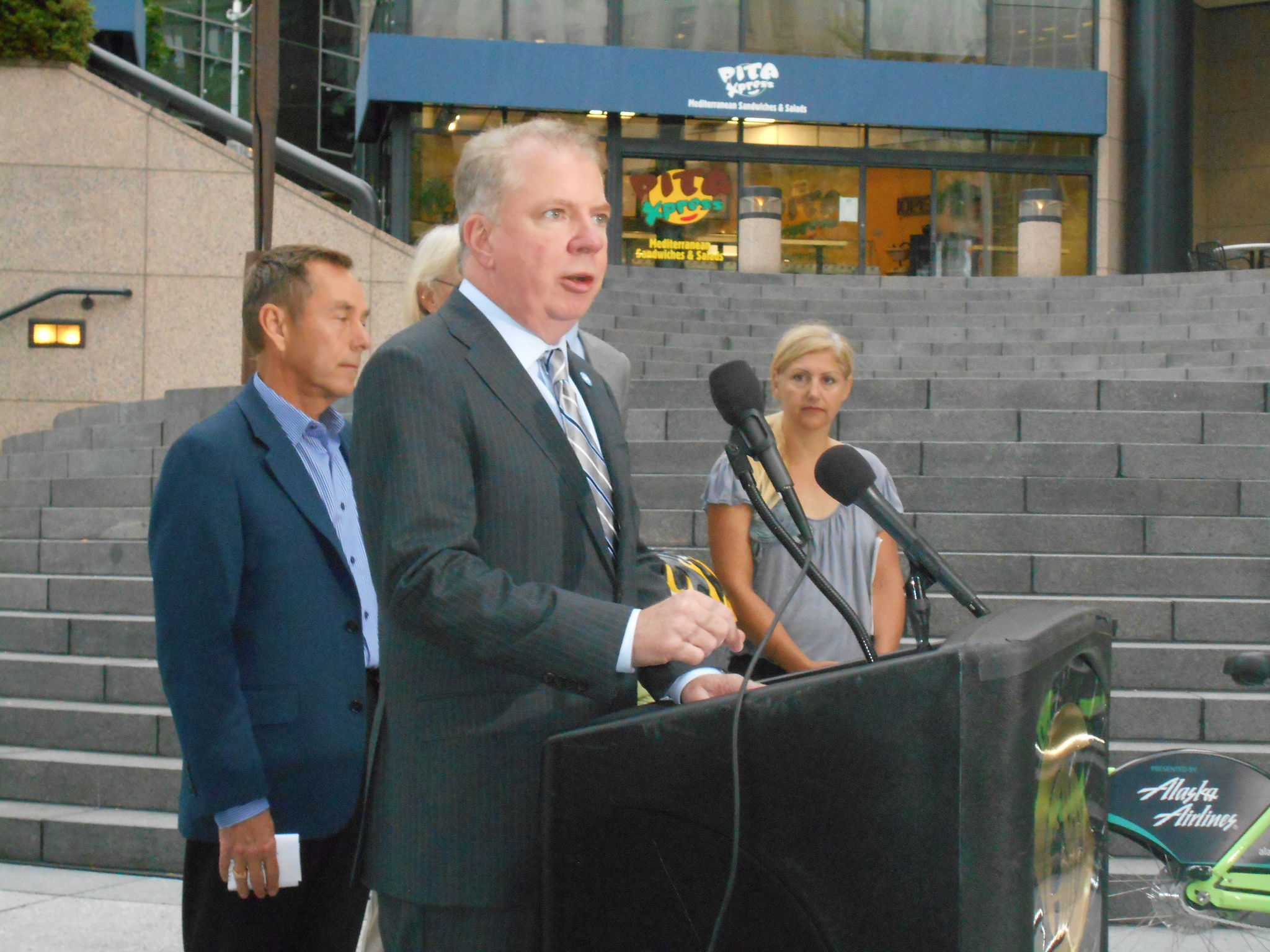 At 6:30pm on a Friday, Samsung announced it was suspending production of the Galaxy Note 7. It was awful, hugely damaging news for the company, so they released it at a time when reporters are at the end of their weeks, scrambling to finish a product for Saturday, where news traffic goes to die.

This is the very definition of a “news dump”, a term for trying to bury news by announcing it on Friday evening— “Take out the trash day,” if you’re a fan of the West Wing.

Seattle is not immune. Twice in the last month, Mayor Ed Murray and his staff have unloaded hugely consequential pieces of policy well after most of us should be drinking beer.

Earlier this month, they released a draft of police accountability legislation at 5:42pm on a Friday, after nearly three years of work.

And last Friday, at 6:35 PM, they announced their “Interim Action Plan on Homelessness,” Murray’s play at quieting the raucous debate over homeless encampments.

Now, it’s easy for reporters to balloon stories that may only be relevant to them. In this case, the audacity of a news dump perhaps feels more outsized to journalists (read: me) who receive the press releases, and then feel compelled to write about them. It’s the equivalent of your boss stopping by just as you’re packing up for the weekend.

But one could argue that releasing news on a Friday night does a disservice to the public by hiding news. There’s not much hard evidence to back that up, though; I’d put it in the same category as “icing” a field goal kicker by calling a timeout just before he kicks to psych him out. The Samsung story got plenty of press since the announcement.

So is Murray dumping news? There have been moments in Murray’s tenure that have certainly felt that way. He made a messy announcement about the future of SPD’s civilian watchdog right before a July 4th weekend. He backed off his hookah lounge closures on a Friday last year.

What’s weird with these most recent examples, though, is Murray and his team seem to be quite proud of them.

“These are two things that we want to be out in front of,” says Murray spokesperson Benton Strong. Murray literally ran on a platform of moving the ball on police reform, for example, and firmly planted his victory flag in the press release on accountability legislation.

For Strong, the explanation is simple: “That’s how long it took to get done…. The staff up here, as the mayor noted, was working like crazy to get it done and then sent the press release.”

There’s actually a case to be made beyond the word of his advisors. On both the police legislation and the encampment proposal, Murray (and City Attorney Pete Holmes, in the case of the police package) imposed the deadlines. The judge overseeing police reform never asked for the legislation by October 7.

It was Murray himself who promised to have an encampment proposal last week. Murray’s got a reputation as ambitious and hard-driving and it fits that missing a deadline, even self-imposed deadlines, is just not an option.

For what it’s worth, reporters aren’t the only ones who hate working Fridays. “I get the complaint,” says Strong. “For my position, I would love to send it out in the morning.”