Fortress Seattle: Why the fight against the new police 'bunker' matters 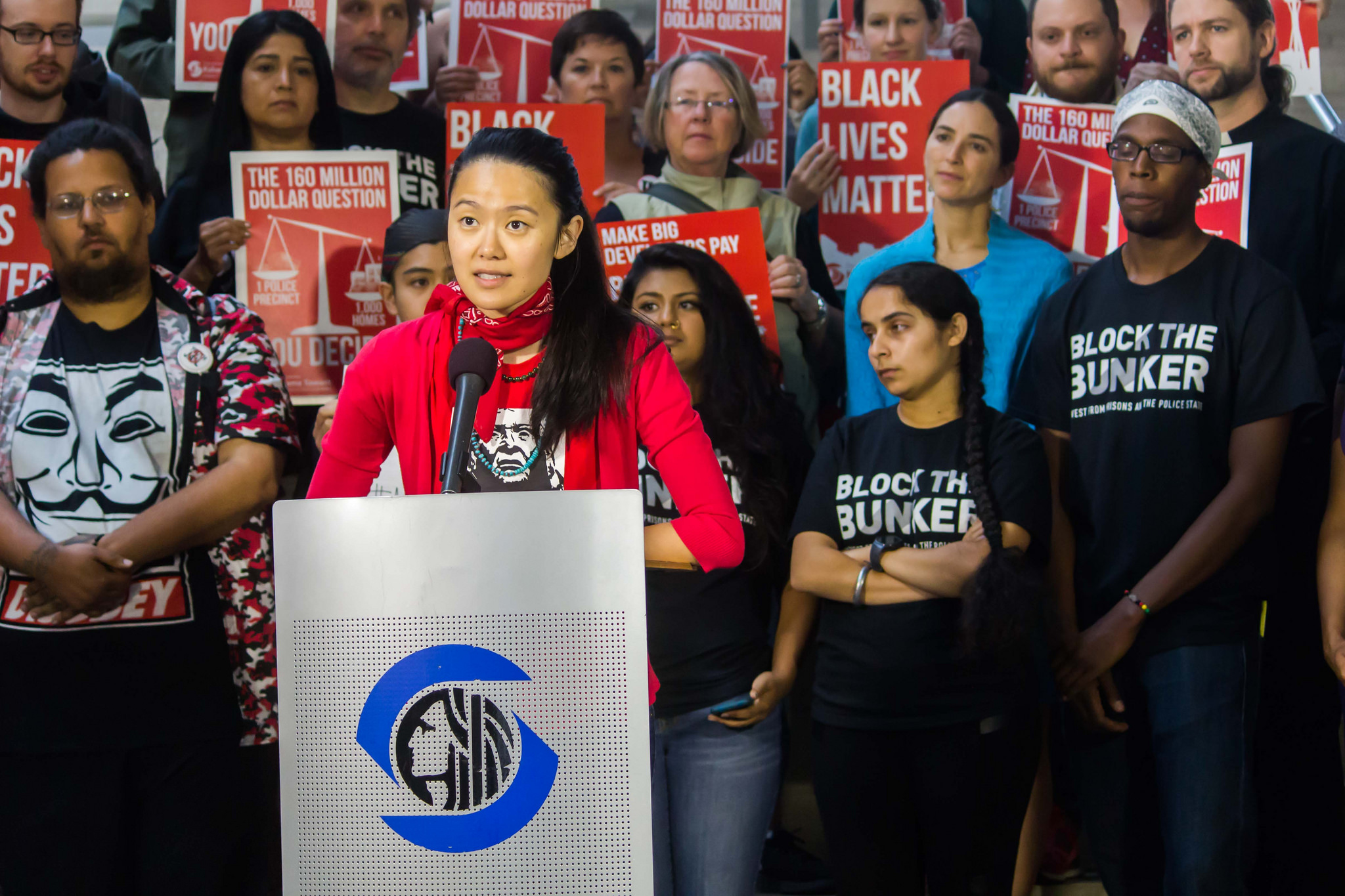 After nearly six months of wrangling, Seattle’s mayor and the City Council recently agreed to halt plans to build the most expensive police station in the country: a $149 million structure on the site of a used-car dealership on Aurora Avenue that would be, depending on who you asked, “a great, civic place that builds and supports the Seattle Police Department community, a “soaring... monument of steel, concrete and glass,” or a “militarized bunker.”

The postponement was a victory for the city’s Black Lives Matter and #BlocktheBunker activists, who have argued all along that the city has other, more pressing ways to spend its money. What’s more, they said, the Seattle Police Department — still subject to a 2012 consent decree from the U.S. Justice Department aimed at reducing high levels of police violence — ought not be rewarded with what one protestor called a “castle.”

And, in many ways, the proposed North Precinct station was a castle. Architects’ renderings show a pedestrian-unfriendly building framed by almost moat-like streets. It looked like a huge, blank parking garage tucked behind two aluminum-and-glass boxes flanked, in turn, by clumps of sturdy stone bollards and low concrete walls. That those walls were “skateable” and the bulletproof community room was yoga-friendly did not mollify the building’s critics.

On one side, the Seattle Times poked fun at the station's “bike-repair station,” “rain gardens,” and other “placating amenities” — $60 million extra in Pacific Northwest-ish frills, according to the newspaper’s math — while on the other, civil rights activists argued that the building still looked like a military outpost in enemy territory. As Block the Bunker supporters put it in a letter to the City Council, “it seems like the police are becoming afraid of the public and want to use tax dollars to protect themselves from us."

The station seemed to embody a fraught relationship between police and the policed that is, of course, not new. What critics call the “militarization” of police forces has become increasingly apparent in the last decade or so, as departments have used federal funds to pay for surplus military-grade equipment like assault rifles, body armor, Humvees and tanks, and battlefield-style training.

But the seeds of this militarization were planted more than a half-century ago; it’s the fruit of the War on Poverty, not the War on Terror.

Toward the end of the 1960s, it seemed to many middle- and working-class white Americans that the civil rights movement’s triumphs had blurred into rising crime rates and waves of urban chaos. Images of campus unrest flickered across suburban TV screens, giving the impression that the nation’s future rested in the hands of gun-toting Black Panthers, rioting draft dodgers, and smug, bra-burning co-eds. Said President Richard Nixon in his first domestic-policy address, on student protests at colleges and universities: “It is not too strong a statement to declare that this is the way civilizations begin to die.”

From coast to coast, this spectacle of urban catastrophe helped make the fortunes of “law-and-order” Republicans and big-city Democrats. Politicians deftly conflated a nearly universal fear of real street crime with what historian Michael Flamm calls an “implicit and explicit unease about civil rights, civil liberties, urban riots, antiwar protests, moral values and drug use” that afflicted white people in particular — and especially those who had fled the urban neighborhoods they now found unrecognizable.

This way of seeing the city invited policing that was brutal and thuggish. Laden with military-grade weapons, newly-minted SWAT teams treated urban neighborhoods like guerrilla strongholds. Gruesome abuses of police power were justified as long as they appeared to get drugs and criminals off the street. As the scholar Mike Davis puts it in his first-rate book about Los Angeles "City of Quartz," cops weren’t peace officers or public servants any longer; now they were combat troops, “‘a few good men’ doing battle with a fundamentally evil city.”

Inviting police officers to see their fellow citizens as battlefield enemies also invites planners and architects to think much less expansively about how, and for whom, the built environment should work. It encourages them to build an image of law and order in steel and concrete — which, in the 1960s and 70s, is just what they did.

Historians dispute the perennial argument that the era’s raw, intimidating Brutalist piles (and especially those on college campuses like the University of Washington and Evergreen State) were built to be “riot-proof.” In fact, as one scholar told Slate not long ago, the architects who designed and built them “were utopian, not dystopian, in their outlook”: the heavy concrete structures were meant to be “about permanence, not about controlling populations.”

Still, as the urbanist William H. Whyte wrote in 1988, “fear proves itself,” and the effect of the era’s architecture on city streets was often stifling. For instance, public schools began to be built with no windows at all. Brutalist-inspired civic centers and branch libraries turned cold concrete shoulders to the public they were meant to serve.

And so by 1990, Mike Davis could write about cities whose public spaces so “bristle[d] with malice” that they were no longer really public spaces at all. Barrel-shaped, “bum-proof” benches at bus stops; “vandal-proof” public libraries; public parks behind locked gates and police stations fortified like strategic hamlets — these and places like them, Davis argues, send the clear message that policy makers see the population as a sort of permanently roiling mob, “a citizenry comprised of fools, degenerates, and psychopaths.”[16]

This, of course, is just the message Mayor Murray and his architects were trying not to send with the new North Precinct building. The reason for the amphitheater and the yoga and the gardens and the skateable walls and all the rest of the pricey tacked-on “amenities” was to make the place feel less like a jail and more like a community center. There were (some) windows. There was “pedestrian landscape.”

But in a way, all these things miss the point. What the #BlocktheBunker activists saw in the North Precinct proposal wasn’t an ugly building massed alongside an ugly road; what they saw, instead, was the embodiment of a half-century-old way of thinking about what a city is and who it’s for. They saw an urbanism that’s governed by racism and fear. They saw a beachhead; they saw a war zone. 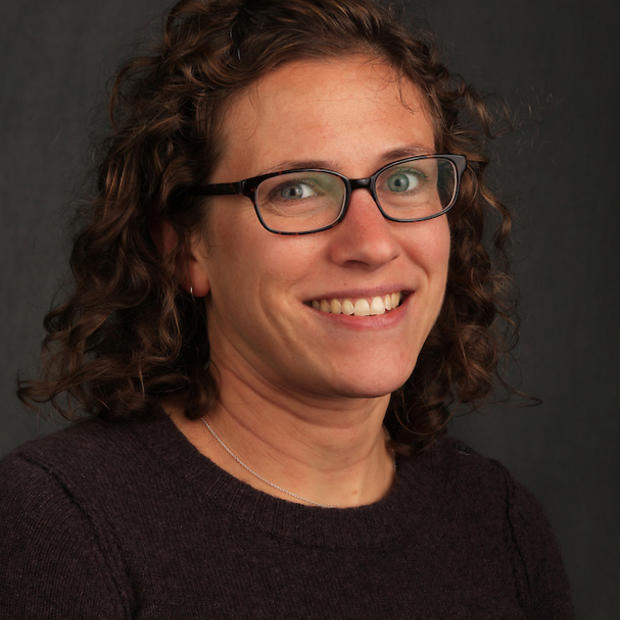 Emily Lieb teaches history and urban studies at Seattle University and is the director of its Poverty Education Center. She has a PhD in U.S. history from Columbia University and is writing a book on the 20th-century history of one West Baltimore neighborhood.