To solve water pollution, Seattle turns to an old solution 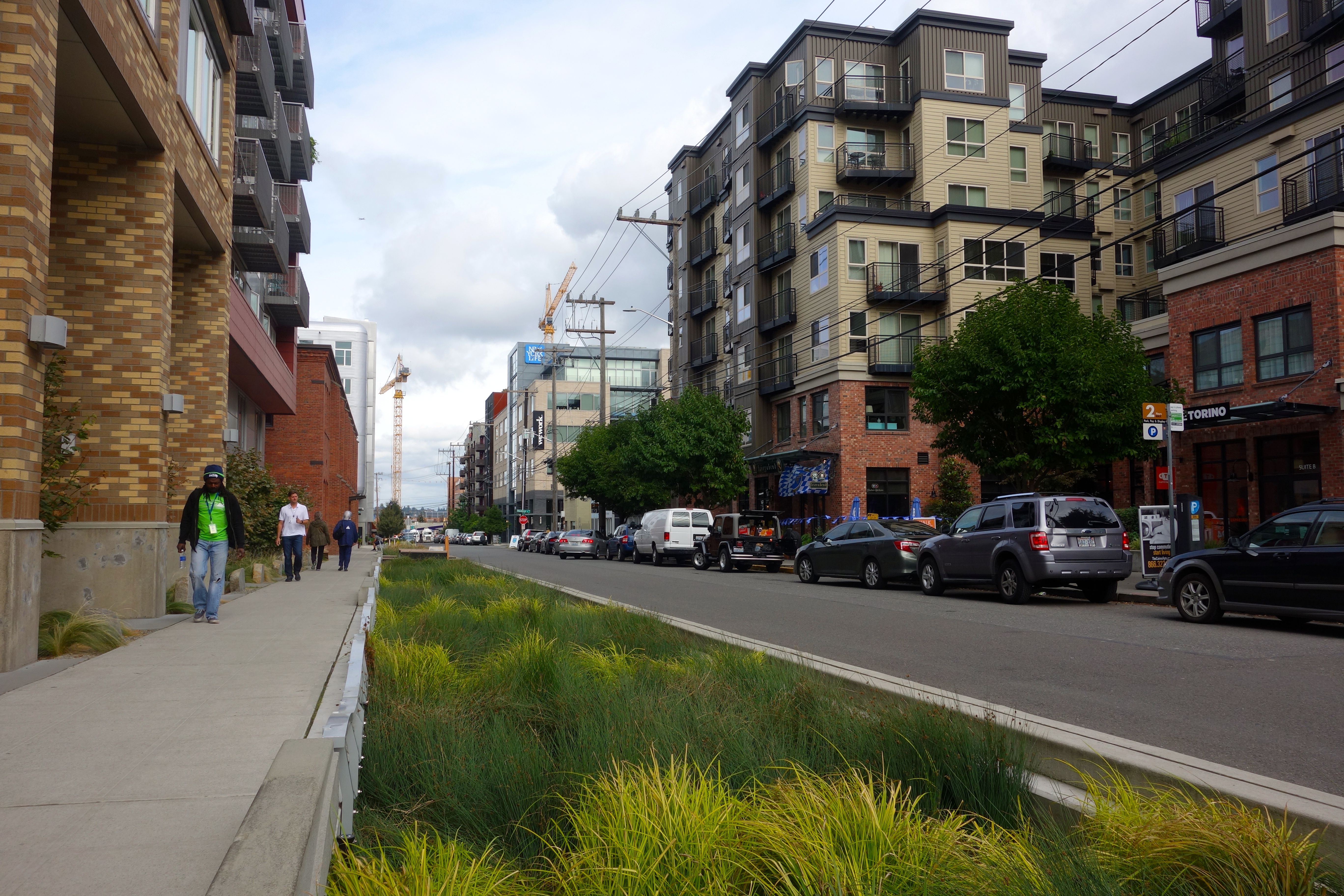 The marshy gardens between the sidewalks and curbs in South Lake Union look like a landscaper’s attempt to bring some greenery back into an otherwise gray, urban area. You could walk right past, hardly giving it a moment’s thought.

But in fact, the project is the biggest piece of Seattle’s effort to cut back on one of the most pernicious clashes between the Emerald City and its natural surroundings: the stormwater runoff that pours into Puget Sound, dumping loads of toxic chemicals nasty enough to kill salmon and other aquatic life.

When it’s completed, the Swale on Yale, as it’s called (it runs along two blocks of Yale and Pontius Avenues), will be able to clean some of the dirtiest stormwater in the city — the runoff collected from 435 acres of north Capitol Hill. Handling 180 million gallons of water each year, it will bring the city closer to its 2013 goal of managing 700 million gallons annually.

The main tools in achieving this feat? Plants and dirt. “Soils and plants actually do a really fantastic, inexpensive job of treating and filtering all those pollutants,” says Jessie Israel, Director of Puget Sound Conservation at The Nature Conservancy. “It’s like the newest oldest technology.”

In a forest, precipitation seeps into the ground and purifies as it percolates through the earth. But when rain hits the pavement in a city, that water can’t penetrate the surface. Instead, it flows over the roads and sidewalks, picking up pollutants like motor oil, tire dust and cigarette butts and carrying them into rivers, lakes and oceans.

While the Clean Water Act began to tackle “point source” pollution from factories and pipes in 1972, stormwater wasn’t really recognized as a problem until the 1990s. Now that we’ve largely learned how to manage point source pollution over the last several decades, “stormwater is the biggest source of pollution in Puget Sound,” Israel explains.

And stormwater is thought to have significant impacts on our water quality and aquatic wildlife. In a study from 2011, researchers analyzed salmon habitat that had been restored in the 1990s and found that 60 to 100 percent of the fish in an urban stream still died from “an as-yet unidentified toxic contaminant.”

In a study from 2015, Washington State University scientist Jenifer McIntyre confirmed those contaminants might well be carried to those sites by stormwater: After placing coho salmon into tanks filled with stormwater runoff collected in Seattle, she found that all of the fish died within a few hours.

However, after placing coho in a tank full of stormwater that had been treated by a filtration system made of compost and sand, similar to the tactic being used at the Swale on Yale, she got an entirely different result: 100 percent salmon survival.

“Since we’re still not sure what the contaminants are, we don’t know what will happen over a long time,” McIntyre says. “If it’s something like a metal that doesn’t break down, you’d expect that, eventually, the (natural filtration) system would fail.”

In the meantime, the Swale on Yale, on track for completion in early 2018, seems like a step in the right direction. It’s not bad spot to take your lunch break, either.