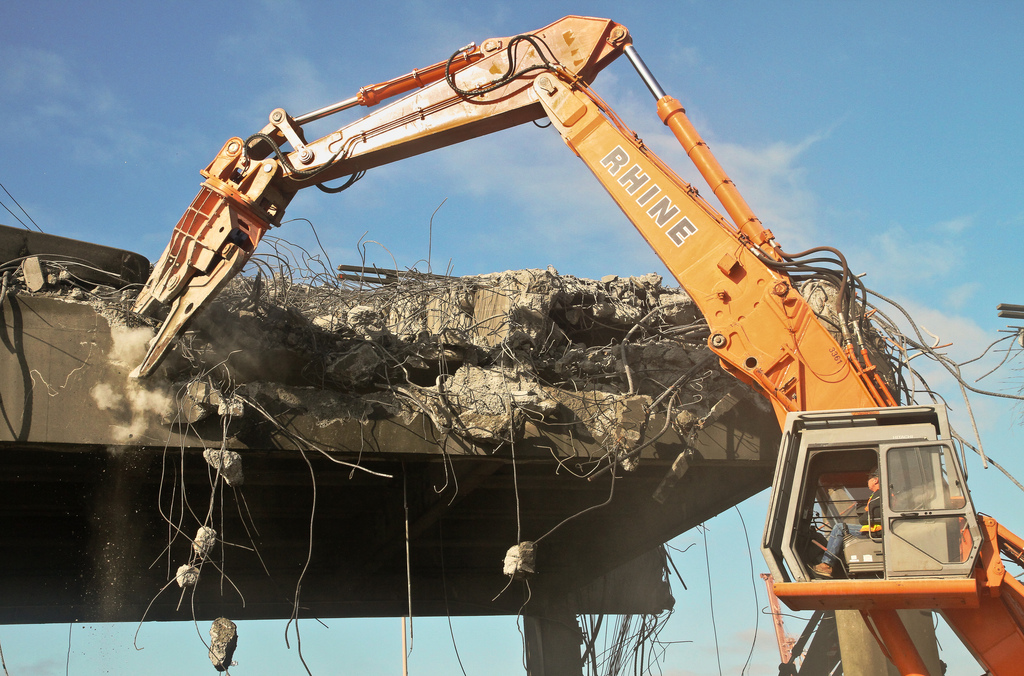 This article is part of series of op-eds from Crosscut, highlighting the dueling perspectives on election ballot measures.

In the construction industry, we make it a habit to consider new ideas. If someone has an idea for doing something better, it’s worth spending time to listen.

We have taken the time to consider Initiative 1433, a proposal to mandate a one-size-fits-all employer-paid sick leave benefit across the state, as well as make increases to the state minimum wage. In our judgment, the initiative is a poorly designed idea that would make things worse, not better, and we’re urging voters to say 'no' to I-1433.

The construction industry is a big part of the state’s economy. And we know that, while our industry is unique, there are businesses all across the state that share our concerns about the effects of this initiative. Its passage would be detrimental to many of them.

Every employer values having healthy workers on the job. The distinct circumstances that exist in different industries demand customized ways of affording workers the time to get well or care for sick loved ones.

According to the Washington State Department of Employment Security, total construction employment in 2015 was 232,470, with a total payroll of $13.6 billion, for an average daily wage of $225. If every construction employee used the maximum 13 days of sick leave allowed in the initiative, the total potential cost would be $680 million. This cost would fall to taxpayers who pay for public construction projects, and to the renters and customers of business who build private projects.

This huge cost would arguably be worth it if weren’t so unnecessary. It has been the historic practice in construction to not include sick leave as a paid time off benefit. In recognition of the fact that field work is intermittent, commercial construction employers and labor have for decades agreed on high hour wages, high benefits in lieu of paid sick leave. Unions have never bargained to secure paid sick leave.

In those local sick leave ordinances, such as in Seattle and Tacoma, that allow a waiver of the sick leave provisions under a collective bargaining agreement, unions agreed to waive them in recognition of the fact that paid sick leave doesn’t work in construction. One of the master labor agreements includes this typical language: “The parties specifically chose to bargain higher wage rates, a time loss payment benefit, and other matters in lieu of paid time off."

And while the Seattle and Tacoma sick leave ordinances allow unions to opt out, the Spokane ordinance takes the better approach of exempting the construction industry altogether.

But Initiative 1433 does not exempt the construction industry, or provide the ability to waive its provisions via master labor agreements.

Instead, employers would be required to compensate for one hour of sick leave for every 40 hours worked. The initiative also requires employers to reinstate paid leave for employees rehired by the same employer within 12 months of job separation.

For industries like ours, these issues are disturbing fine print in I-1433, places where the shortsightedness of its drafters would create a real mess for us to try and comply with, if it should pass.

That’s because it’s nearly impossible in the construction industry to determine what constitutes “job separation” and what constitutes “reinstatement.” This is particularly difficult to determine for union contractors who obtain workers from hiring halls on an “as-needed” basis for the portion of a project that requires the skills of the workers’ particular trade.

Initiative 1433’s paid leave provisions would force significant changes in the construction industry and add costs by attempting to solve a problem that doesn’t exist.

We’re urging Washingtonians to reject I-1433’s poorly crafted, one-sizes-fits-all approach. It doesn’t work for the construction industry, and it won’t work for our state.

Nancy Munro is president of the Associated General Contractors of Washington.