Pacific Science Center: The best place in Seattle to be murdered? 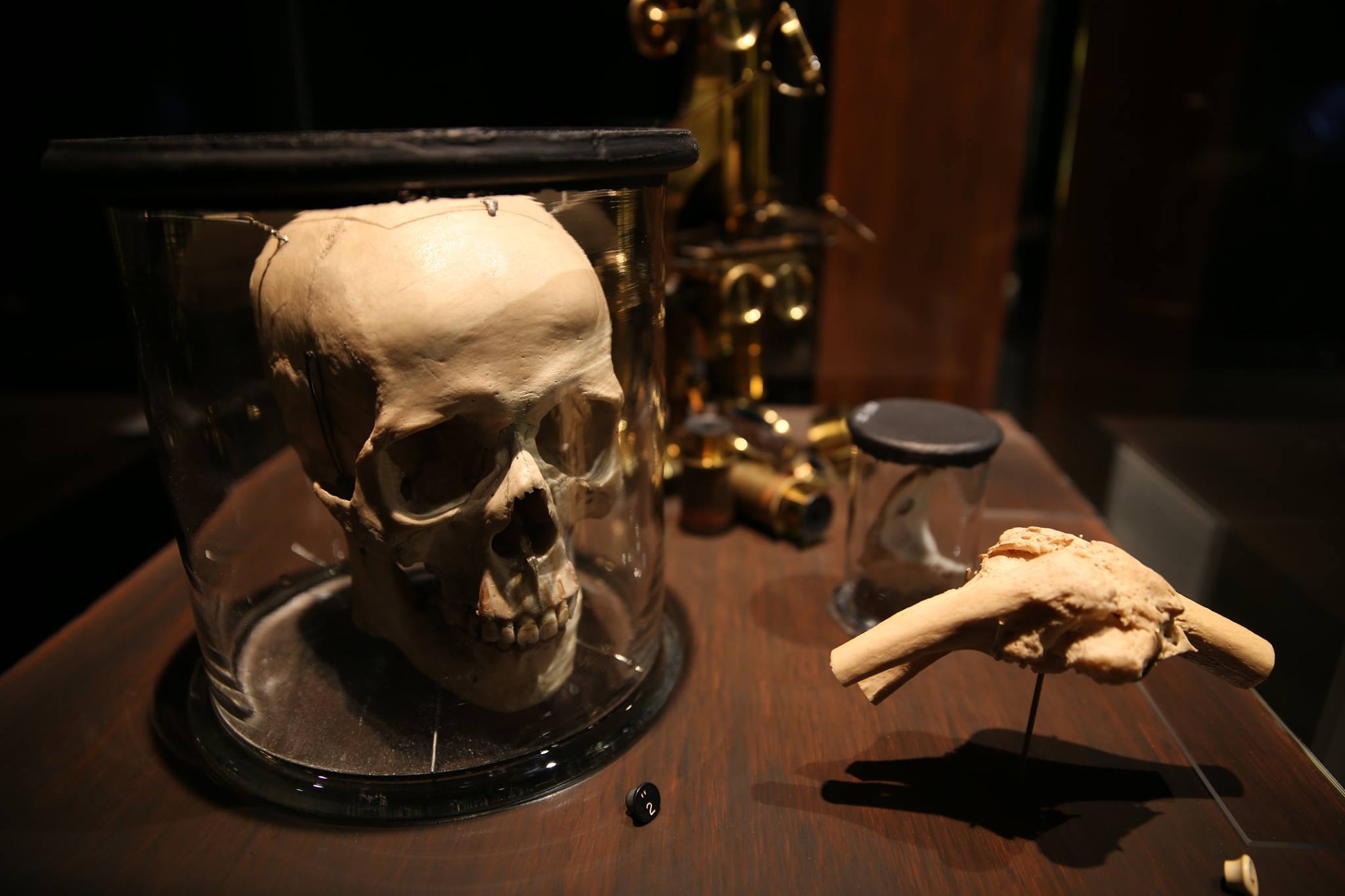 It's not that I wish death on anyone — this is how I begin all my articles — but if a murder were to occur in Seattle, there would be nowhere better than at the new Sherlock Holmes exhibit at the Pacific Science Center. Because then all the attendees could use their newfound detective skills to solve the case, until the actual police showed up and made everyone leave.

For Holmes-ians and people who just liked the stories, the center is presenting “The International Exhibition of Sherlock Holmes,” a new installation that seeks to recreate the world of Arthur Conan Doyle, but without all the child labor and dysentery common to the Victorian era.

The darkly lit exhibit — which needs a fog machine — is strewn with period investigative tools; human bones that had bad things done to them; a crime scene that would have looked cooler if it were real; a replication of Holmes’ not-real home on Baker Street; and a chance to solve a case by testing evidence, or planting it, depending on what kind of rush you're in.

As part of the exhibition, the Pacific Science Center has also hidden two tickets to London somewhere in Seattle, and will be giving out clues as to their whereabouts. Pretty sure I know where they are: in the heart of every curious child, in the spirit of all who search for truth. Or the Seattle Center, I don't know.

Before proceeding there, I reacquainted myself with some of the classic stories like “The Speckled Band” (it was a snake!), and was so hyped up on Sherlock Holmes speak that when the ticket lady said, “Welcome to the Pacific Science Center,” I immediately started in on her.

“The crease in your shirt has the mark of a dry cleaner in Chichester, which suggests that you're new to this job. And your perfume, with hints of cheap jasmine, was clearly a present. Yet you wear it guiltily, since you murdered the man who gave it to you!”

“The exhibit is to your left,” she responded, like a murderer would.

In the first section, visitors are treated to an array of period crime-solving techniques, including ballistics, tracing different types of dirt, and finding secret messages in newspapers (mine said, “Stop blaming your childhood”). The very first display in sight features two human sternums, one of them pierced by a bullet. A card reads, “Can you tell which sternum was hit by a bullet?” It's a damn strong opening. They really throw you into the fire.

Without a doubt, the crime scene is the thing. Here are the details of a most dark and sinister business: the suspect -- a bloke named Persano -- was found injured in his home, with a bullet hole in the wall, and his wife and daughter nowhere to be found. Inspector Lestrade posits that the man murdered his family in a fit of insanity, and then attempted to commit suicide, before losing his nerve.

Now, I was lazily happy with this conclusion, but stubborn old Sherlock Holmes wants you to find out what really happened. He then tells you the game's afoot. He says that a lot.

For the rest of the exhibit, you're expected to test out the evidence to see if Lestrade's theory is correct, which it usually isn't, in literally every Sherlock Holmes story.

The ridiculously elaborate contraptions meant to test evidence are the exhibit's best features. Consider a massive wheel with multiple shoes attached, that you push in a pool of sand to simulate different footprints. It certainly caused me to regret having the bottom of my shoes engraved with my name and address.

Another device has you pull a pair of legs across sand to recreate marks from dragging a dead body (haven't done that before), or a drunken passed-out friend at the beach (that I've done).

All the forensic contraptions are a clever testament to the original stories, as Holmes would often build elaborate machines and experiments to test highly specific details, because he rarely had a girlfriend.

One part of the exhibit features a row of devices that shoot out a particular splatter of fake blood to mirror the spurts at a crime scene. After the blood fires, a windshield wiper automatically clears the pane of glass, so the next person can have a fresh blood-spurting experience. It's quite thoughtful of the creators. Almost sweet, if you ignore the blood part.

I'm not going to lie: trying and struggling to solve the case while others had no issues made me feel incredibly stupid, though everything makes me feel stupid — this just hurt more because it's in a goddamn children's museum. You really do have to pay attention, and what's admirable is that nothing can be solved using a Google search. It requires you to, you know, think.

Nonetheless, I eventually solved it hours later after everyone had left, and walked home with my deerstalker cap held high, which had nothing to do with Sherlock Holmes. I'm just a big Holden Caulfield fan.

This original exhibit is one of the best ways to spend $9 in town, especially when compared to that awful burrito I had last week. Both young and old will learn critical thinking skills, understand how Doyle’s stories impacted crime-solving techniques, and feel a little like they're in a Sherlock Holmes story.

It will also unintentionally teach you how to kill someone and get away with it (in the 1800s). If that's not worth $9, I don't know what is.

The International Exhibition of Sherlock Holmes is at the Pacific Science Center until January 9.