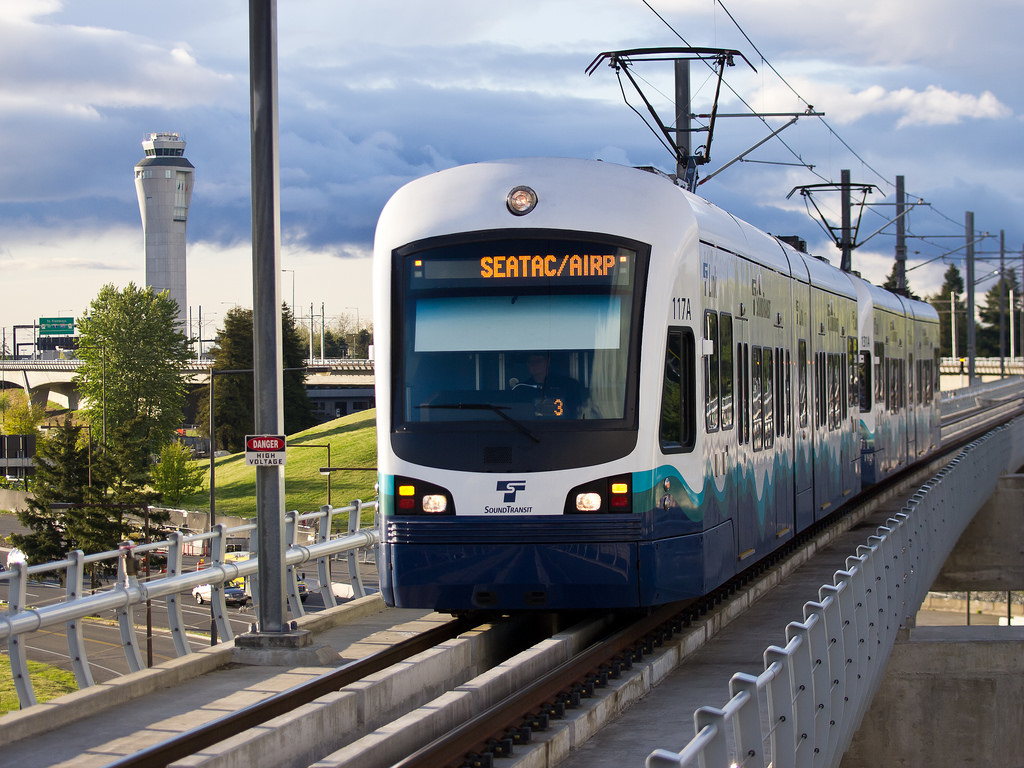 In October of an election year, perhaps the least likely sentence one would expect to hear from a representative of an agency staking its future on a $50-billion ballot initiative is, “There’s not a political strategy between now and November.” And yet here we are in October 2016, and this is exactly what Geoff Patrick, a spokesman for Sound Transit, is telling me.

Next month, the regional agency hopes that voters will approve Sound Transit 3 (ST3 for short), a behemoth of an infrastructure investment in King, Snohomish and Pierce Counties that would lay 62 additional miles of light rail track, extend commuter rail service and add new "bus rapid transit" (BRT) routes in a rollout over the next 25 years.

If voters say yes, the region could finally realize its decades-old dream of an interwoven mass-transit network. If they vote no, cars will likely continue to rule, and the agency will soon be out of work — at least until it can return to voters with a more palatable package (as it has in the past when this sort of thing flopped).

In the meantime, it’s not really Sound Transit’s job to advocate on behalf of the package. “In Washington, there is a very stringent legal framework in which an agency that’s advancing a ballot measure has to be very careful to not stray into using its resources to promote it,” Patrick explains.

Certainly, they’ll answer the phone. They’ll direct voters to the ST3 website. But the real work of hawking the wares falls to a web of advocacy groups.

Transit Choices Coalition, a Seattle-based transportation-policy nonprofit, is one of these groups. Executive director Shefali Ranganathan says that ST3 is a “once-in-a-generation opportunity.” For her, investing in the package means ensuring the resilience of the area’s transportation networks. It also represents the opportunity to come together as more than simply a handful of isolated cities along an economic corridor. “It is not often we get a chance at the regional level to have a conversation about the future,” she says.

That conversation looks something like this: Depending on who you ask, and which numbers they’re using, Seattle has between the second- and sixth-worst traffic in the country. As the region’s economic center — and an economic center experiencing unprecedented growth — the city theoretically offers a bevy of opportunity to a region in which “people don't live and work in the same zip code anymore,” says Ranganathan. Transit, too, offers up the chance for further business and housing investment and development outside the core.

With this logic in mind — managing regional growth and implementing transit-oriented development — Sound Transit, fresh off its first two initiatives, garnered over 40,000 public comments regarding the planning of its third.

The resulting package, which will be posed to voters this November in the form of Proposition 1, is about the same price as the Sochi Olympics and about a third of the price of the International Space Station. Light rail will run as far south as Tacoma and as far north as Everett. BRT routes will be added to the Eastside, and the Sounder commuter rail will see expansions through DuPont. The package includes investments in station access, parking, environmental assessments, active transport access, design work and future planning.

How will we pay for all this, you ask? That gets rather wonky rather quickly. Along with increasing the sales tax by 0.5 percent, the ST3 package relies on a car tab increase and a property tax hike — in addition to the billions Sound Transit expects in bond sales, federal grants, surpluses from previous projects, fares and interest. (The intricacies of financing ST3 will be the subject of a future story.)

Opponents of ST3 argue that astronomical construction bills, combined with the costs of operating and maintaining the new network — as well as the older bits Sound Transit is still completing — mean that the agency will effectively never stop collecting taxes. For Sound Transit, “the cost is the benefit,” says Maggie Fimia, former King County Councilmember and NoST3 campaigner.

Critics like Fimia also like to point out that ST3 backers don't even try to say it's a panacea for traffic. "We are spending an enormous amount of money, getting very little benefit, and still have needs," she said.

For their part, Sound Transit staffers and proponents like Ranganathan tend to focus on the idea of managing growth, not on reducing congestion per se. “We don't talk about this as a silver bullet,” says Ranganathan. “Anyone that talks about any transit system as a silver bullet isn't being honest."

Which gets to one of the central questions here: Is $50 billion too much to spend on a bronze bullet?

Over the next two weeks, we’re going to take a hard look at that question, along with others that get at the costs and benefits of this monster: What numbers should voters be paying attention to? Who should they trust? What will this thing do to congestion, anyway? How much risk should a voter be willing to shoulder? How much of the future should a member of the present be willing to pay for? And can anyone even begin to predict what the transit landscape will look like in 30 years?

The idea here is provide context about the package so voters are as informed as possible when they fill out their ballots in the coming weeks. We’ll focus on the numbers we think are relevant, the financing sources, and the risks at play — but more than anything, we’ll try to provide the tools the region needs to decide whether the benefits of the package outweigh the costs. Stay tuned, and we’ll stay on track.