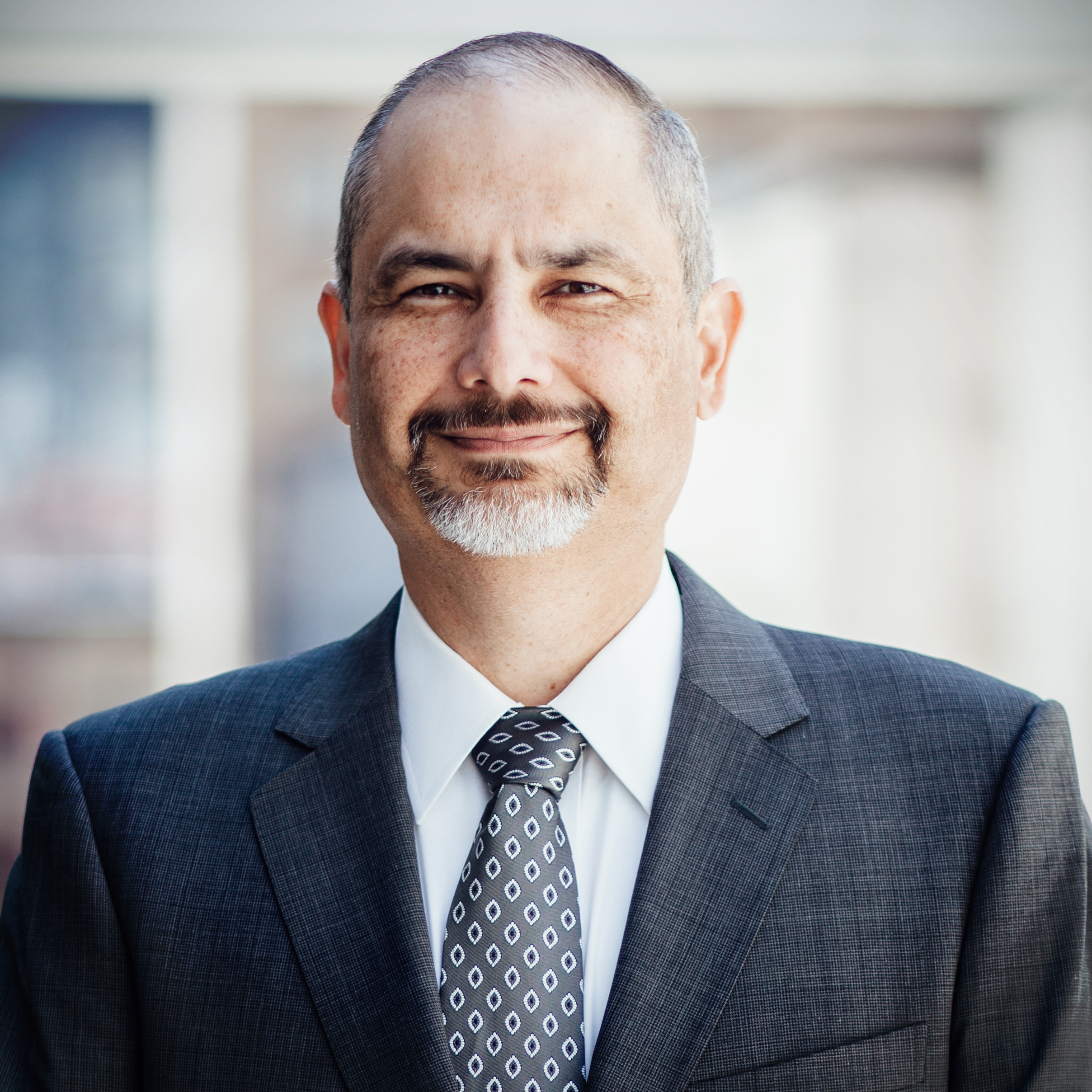 Richard Romero began his career in banking at just 17 years old. Back then he went by his birth name, ‘Ricardo,’ but on his first day of work as a teller, he received a name badge that read ‘Richard.’ He mentioned the mistake to management, and was told that the change was deliberate. “Ricardo just won’t fly on a name tag” they said. Ricardo—now Richard—agreed.

Now the CEO of Seattle’s oldest credit union, Romero still goes by Richard, but looks back on the moment with a different perspective. “I didn’t think that someone had just taken my identity away” he says of the incident, “taken my ethnicity away.”

Romero is Crosscut's Courage in Business Award winner this year, for his efforts that have led not just to business success but also to him helping other immigrants interested in U.S. citizenship. (Find more information about the Courage Awards, which will be handed out October 14, here.)

Born in Peru and raised in Los Angeles, Romero says his heritage was a source of strife growing up. He was made to be “ashamed” of it, and was harassed for his unusual name and for speaking Spanish. The latter proved difficult as a kid in 1970s LA, where Romero says English-learning language programs had yet to be created.

His first day of kindergarten remains a vivid memory. “I remember it like it was yesterday… My mom dropping me off at school and I was just holding on to the fence looking at her.” He had only moved from Peru a few years earlier, and he remembers walking across the school yard, panicking because he couldn’t communicate in English.

But Romero was smart, and learned quickly and voraciously with little support. By age 24, he had graduated college and spoke perfect English with no accent, and went to sign his naturalization forms. But even after acing his citizenship test without studying, he recalls that his immigration officer treated him like a second-class citizen.

“It was really tough, growing up as an immigrant,” he concludes. “I just had to figure it out on my own.”

And he did. Romero would spend the next 20 years climbing the corporate ladder, eventually reaching the C-Suite, a spot historically barred to people of color. As the CEO of Seattle Metropolitan Credit Union (SMCU), he is using his position to make the immigration experience a better for others, recently partnering with City of Seattle on an initiative that addresses a major hurdle to citizenship.

Romero’s parents were bankers, immigrants who ended up returning to Peru after being confined to menial minimum wage jobs when they came to the States. It’s important to him that immigrants aren’t going from “working at a bank to working in a kitchen,” and he recently partnered with the City of Seattle to help immigrants get established in the U.S.

His efforts are aimed at the $700 filing fee required for green card holders to apply for naturalized citizenship. It doesn’t sound like a lot at first, he says, but when it’s a family of four people the fee is $2,800.

“That’s a huge impact on someone whose making minimum wage,” he notes.

In response, SMCU designed a loan program to cover the fee with an interest rate lower than any other currently offered, set at 9.99 percent. The program has an option that is Muslim faith compliant, and doesn’t charge interest in line with sharia law.

For those immigrants who don’t have the money for the fee, many get stuck or fall out of the process. Oftentimes families will be forced to use a payday lender, he says, who will charge them 35 to 50 percent interest, and they end up having to pay up to $1000. He bristles at this idea, saying “if someone can’t afford a $700 loan, how are they going to afford payments on $1000, and why should they do that?”

He says that SMCU makes almost nothing out of the cost of running the program, but that’s not the point. “To me it’s about two things,” he says, “One is: what is our contribution to society?” The second thing, he says, is developing a long-term relationship with the immigrant, “that immigrant is going to think of us every time they need a car loan, a credit card, their first checking and savings account.”

He expects over 250 people to be put through the program’s first wave, which begins on October 15th. While the majority of immigrants are Spanish speaking, there are “a tremendous amount of Asian immigrants, east African immigrants coming in. I couldn’t even narrow it down.”

Romero’s admits the strategy isn’t traditional, and knows of only one other credit union in Washington state that is making an effort to help incoming citizens. He recognizes that it would be easier for SMCU to be on a tech campus instead of an “immigrant workshop with people who don’t make a lot of money,” but believes it will pay off in the long run, as these citizens become upstanding members of American society.

Romero’s interest in leadership stemmed from the 2008 financial crisis, he says. While he never aspired to become a CEO, the crisis showed him the importance of being a courageous leader. “Because it’s easy to lead when things are easy” he says, “but when you have to make hard decisions… you have to have a lot of courage to make decisions that may not seem intuitively correct or may seem to be going against what everyone else is doing.”

Romero is humbled by his success, from a boy who couldn’t speak a lick of English to the CEO of a blossoming credit union. But for him, it’s more important that his work empowers people, rather than impresses them.

“People being able to see me as an immigrant CEO in Seattle running a financial institution that is successful and helping the community, that in it itself that sends a message to people… ‘Like wow, maybe if he can do it I can do it too.’”

The award for Courage in Business is presented by: