To end a union fight, Seattle U cites religious freedom 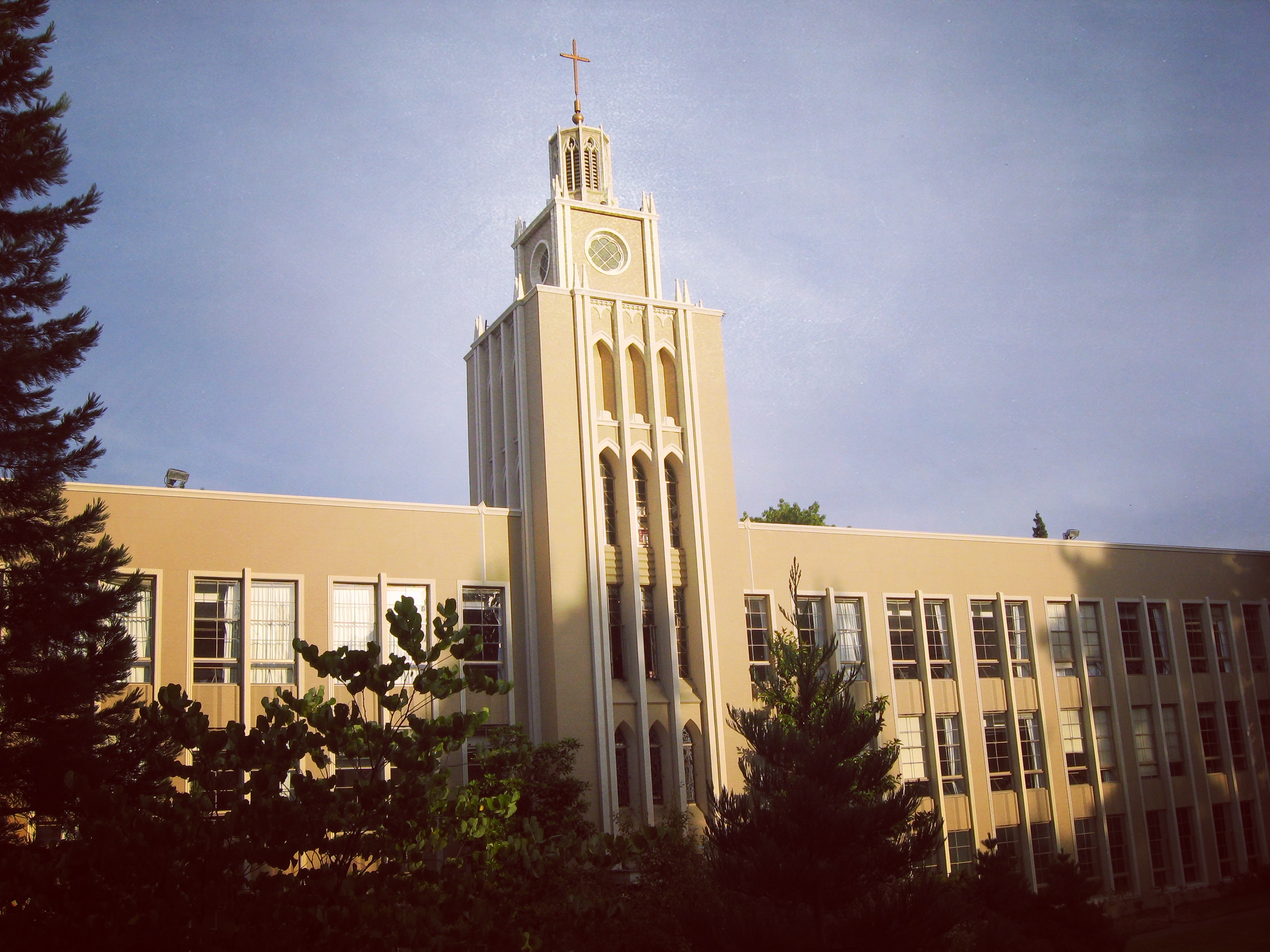 Seattle University's administration building, which is adorned with a cross.

As Seattle University prepared to announce its refusal to bargain with a new union representing some faculty, a top administrator called a handful of the professors to his office. It was a hurried gathering — some of the half-dozen faculty had to phone in — but Bob Dullea, the school’s interim provost, hoped to avoid surprising his adjunct colleagues, who serve with him on the faculty governing body.

The invitation was a welcome act of collegiality, and one that stands out amid the growing tension on campus as the Jesuit Catholic university approaches what is becoming a major legal battle.

Shortly after Friday’s meeting with faculty, Seattle U President Stephen Sundborg released a video announcing the refusal to bargain with the union, representing part-time faculty and full-time, non-tenure-track faculty. The National Labor Relations Board had earlier ruled that the university had to bargain with Service Employees International Union Local 925.

In the video, the Jesuit priest suggested that the college’s case, which he believes is critical to the religious freedom of the university, could make it to the U.S. Supreme Court. The issue “is a jurisdictional one,” he said. “It involves a higher principle: the constitutionally protected right of Seattle University, as a faith-based institution, to carry out our core Jesuit Catholic educational mission free from government intrusion by the [National Labor Relations Board].”

From the adjuncts’ perspective, the acrimony is fueled most immediately by Sundborg’s decision to push the two-year union fight further. But the discontent runs deeper. Adjuncts are frustrated with the arguments against unionization put forth by Sundborg, which they say lack consistency and are not based on evidence of union experiences at other Catholic universities.

Hearing the news, adjuncts and representatives of SEIU Local 925, the union leading organizing efforts, were chagrined, but not completely surprised. “I knew they weren’t going to bargain,” says Emily Lieb, an assistant professor of history in the university’s humanities college who has been active in union organizing efforts. “But I am disappointed. I think that [the administration’s] argument is terrifically disingenuous.”

The argument centers on the religious character of the university, and who gets to decide its meaning. In essence, Sundborg’s stance serves as a counterclaim to a 2-to-1 ruling in December by the NLRB that paved the way for unionization by faculty members at religious colleges.

In one of two keys parts of the decision involving Seattle U and another Jesuit-led Catholic college, St. Xavier University in Chicago, the NLRB made a subtle distinction: Faculty who perform “a religious function” and “a specific role in creating or maintaining the university's religious educational environment” would be held out from a union. In Seattle U’s case, and as a result of a later NLRB decision, this came to mean that professors from the School of Theology and Ministry and the Department of Theology and Religious Studies are excluded.

Sundborg, who has helmed Seattle U for almost two decades, says that these qualifications for a religious institution are too narrow. He stresses, too, that the very process of inquiry into these matters by the federal government is invasive, raising questions about the separation of church and state.

“The NLRB, trying to say which professors have a specifically religious function and which don’t, unravels the tapestry of what is Seattle U’s character,” Sundborg says. “Once you get into that, then what is the dividing line on how far you go on that and how far you don’t?”

After two years of legal wrangling over unionization and what some faculty consider aloofness and even disrespect — including two instances in which letters to the administration inquiring about the possibility of unionizing outside the NLRB jurisdiction were not acknowledged — many adjuncts and union representatives aren’t buying the argument.

Lieb says any sympathy she had for the administration's predicament faded after the votes to form a union were counted in late August. At that point, she and others saw the potential for an early end to the union battle. The NLRB's 2-to-1 ruling had ordered a tally of the votes by adjunct faculty to join a union; the ballots had been impounded since June of 2014 because of the legal maneuvering.

At the election count, held in the NLRB offices in downtown Seattle, a dramatic back-and-forth ensued: Seattle U’s legal counsel challenged the votes of 15 adjunct professors whose course content the university deemed religious; the ballots were excluded from the tally, which fell, at the count’s end, 73-63 in favor of the union. Ultimately, SEIU’s lawyer, Paul Drachler, agreed to exclude the challenged votes, ensuring the win but possibly compromising a wider margin of victory.

Lieb’s vote was among the 15 that were challenged on religious grounds. “Nothing that I do has to do with religion of any kind, with the possible exception of teaching about workers' rights in the context of Catholic social justice,” says the humanities professor.

Many of those challenged ballots came from Mateo Ricci College and the Philosophy Department, which Seattle U has tended to treat as central to its mission. Lieb says, however, that both are strongholds for union support; she speculates that this might have played a role in the university’s decision to single out the ballots from some of their faculty members.

In all of this, some faculty and union representatives point to other Catholic universities with unions, none more so than Georgetown University, where SEIU represents part-time faculty and where Sundborg serves on the board of directors.

According to a January report in America Magazine, a Catholic publication, the experience at the Jesuit school in Washington, D.C, has gone well. Adjuncts and administrators meet regularly via a working committee that is based on a contractual arrangement. “Adjuncts feel respected and heard,” the magazine reports. There have been material benefits too: Pay per course for faculty is up, and faculty now have access to a fund that supports professional development and research.

Sundborg, who met with Crosscut Monday afternoon ahead of a three-day trip to Georgetown, said he feared the possibility that a union could force Seattle U to hire someone outright hostile to the university’s Jesuit Catholic character. He admitted that the example was “hypothetical” and “extreme.” He provided another: Would the university be able to continue requiring faculty to attend the school’s Mission Day, an annual event aimed at developing and improving how the university delivers a Jesuit Catholic education?

For Michael Ng, an adjunct history professor who serves as a representative on the faculty governing body, Sundborg’s resistance does not reflect his stated intentions to work with adjuncts in good faith.

Ng says that adjuncts and representatives from the union, including SEIU Local 925’s president, Karen Hart, have attempted, on multiple occasions, to bridge the now-widening gulf between union supporters and the Seattle U president. Hart said that she met with Sundborg in March of 2015 to inquire about ways to break the deadlock. She offered to show him a Georgetown University union contract to quell his fears about the union influencing curriculum in an unsavory way.

“I told him there were certain things that we would agree that would not be subject to bargaining,” she says. Sundborg, she says, demurred.

Ng believes that the diverging perspectives are reconcilable. “I’m here because I believe in what I do. And we all do,” he says. “If it’s felt by the administration that the union could damage that, then how can we find ways to mitigate this? Because we’re not going to back down on this.”

In the video, Sundborg sought to end on a conciliatory note. “While I recognize the differing views on this issue, I hope that by sharing my thinking directly with you, you will have a better understanding of and respect for the viewpoints I have shared," he said. "Please know that I am grateful for all that you do to make Seattle University all that it is and that it can be.”

This story has been updated since it first appeared to correct the timing of a meeting.