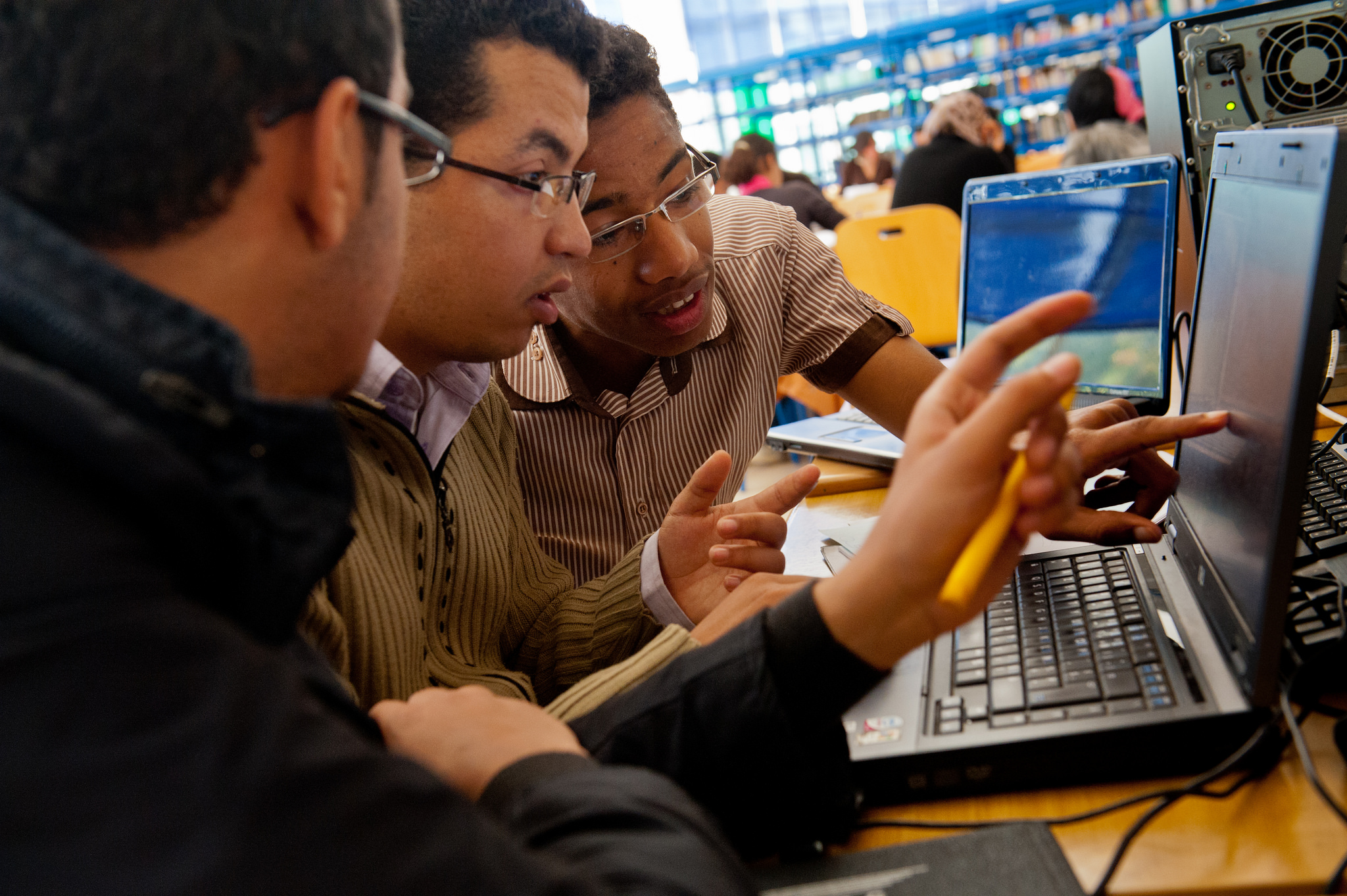 In 2015, 86 percent of students in computer science programs nationwide were men.

Candice Natiello still recalls a particular experience she had a couple of years ago, when she was a student at the University of Washington Bothell. “I'd always been interested in computers and how they work,” she says. So the media and communications major signed up for a computer animation course.

One day in class, she recalls, “this guy looked at me and my friend" — who was also female — "and asked why we were in the class.” The implication was that women had no place in a technical field.

Natiello, who asked that we not use her real name, went on to take Coding Dojo courses, training to become a full-stack developer, and was recently hired by a Bellevue startup to do software development. Although her company is very welcoming to women, she says, “It really is a tough industry. I feel like I have to prove myself every day, no matter where I go.”

Contrary to popular belief, many STEM (short for science, technology, engineering and math) career paths are no longer exclusive boys-only clubs. But Natiello's experience is not unique. Colleges and universities have made strides in getting more women enrolled in STEM programs, but many female students say that they still feel unwelcome in STEM culture, citing microaggressions and sometimes even downright misogyny.

Highly publicized scandals such as GamerGate, in which several high-profile women in the gaming industry received death threats, have been a terrifying wake-up call for many women in STEM fields. Perhaps it's no surprise that nationally, in highly technical college majors including computer science and engineering, men still outnumber women five to one.

UW has been at the forefront of efforts in gender parity in STEM majors. Nationally in 2015, computer science programs were made up of just 14 percent females on average; UW's enrollment was 32 percent female.

What's UW's secret? There are several, says Ed Lazowska, the Bill and Melinda Gates Chair of the CSE department. The University has eliminated programming experience as a prerequisite for the major, which allows more female students — who are less likely to have had previous exposure to coding — to be admitted. The introductory computer science courses are designed to be challenging yet supportive.

The school then goes above and beyond to keep women in the program. Female grad students mentor undergrads, for example, and the department reaches out to the top female students in introductory CSE courses to encourage them to continue their studies. The department even holds its own Grace Hopper conference, where female students can discuss computing interests with one another.

Seattle University has also set a high bar for getting more female students to enroll in highly technical majors, says Michael J. Quinn, Dean of Seattle U's College of Science and Engineering. Seven of 9 department chairs in the college are women, Quinn says, as are both associate deans. "Prospective students understand that this is a place where the contributions of women are valued, and women can be successful as students and as faculty members," he wrote in an email.

Twenty-six percent of SU's engineering and computer science students this fall are women — significantly higher than the national average, but still below where they should be. "Our primary challenge is getting the word out that Seattle University is a great place to study in a STEM field," Quinn wrote. "When women students visit, they’ll learn that 45 percent of the full-time faculty in the College of Science and Engineering are women, as are 40 percent of the students. They won’t be alone!"

Convincing women to enroll in these programs is only part of the battle. Nationally, women are still leaving STEM majors at a much higher rate than their male counterparts, and the reason may lie not in a lack of recruiting efforts by universities like UW and Seattle U, but in the traditionally masculine STEM culture itself. According to the Washington Post, “many female students continue to face obstacles, including biases from classmates, teachers and others who might cause them to doubt their potential.”

Together with several colleagues, MIT professor Susan S. Silbey conducted a study of 700 engineering students across four different schools (UMass, MIT, Olin College of Engineering and Smith College) "to see how 'socialization,' or learning about the culture of engineering, affects their future job decisions.” The study found that while female students perform “as well or better than male students in school,” they “often point to the hegemonic masculine culture of engineering itself as a reason for leaving.”

Silbey adds that for many female students nationally, “their first encounter with collaboration is to be treated in gender stereotypical ways, mostly by their peers.” When working in groups, female students in the study said they were often demoted by their male groupmates into performing secretarial tasks and were "excluded from the 'real' engineering work."

“I think no matter how welcoming any school is when it comes to tech and women, there will always still be that tension,” Natiello says, referencing the historically masculine culture of STEM fields.

Melissa Harris (also a pseudonym), an informatics major and 2016 UW grad says that while she never felt alienated in her major as a whole, there were times when she felt the power of gender biases: “I did feel like in smaller groups you could get the feeling that you weren't quite as adequate as other students just by nature of comparison,” she explains.

Harris describes an instance where she felt that she was stereotyped by a male classmate: “Most [informatics] students take either the design route or the developer route,” she explains. Female students are often assumed to be more interested in design than development.

“I was sitting next to a male student in class one day and I asked him what he was working on. He told me, 'Oh, this is my cybersecurity homework, stuff you wouldn't be interested in,'" Harris remembers. "I asked myself, why wouldn't I be interested in that? So I asked him the same question.” Harris recalls the visible embarrassment on her classmate's face when he realized what he had said.

UW's Lazowska acknowledges that there is always more to be done. “We need to continue to make the [CSE] program more attractive to young women,” he says. “We need to help kids understand that coding is something they can do that's also fun and relatable.”

And until that's happening at every university, highly technical fields will, by and large, continue to drive women away.

Correction: This story originally stated that Michael J. Quinn said the primary challenge in recruiting female students to SU's College of Science and Engineering was "getting the word out that they won’t feel completely alienated there." That was not accurate.