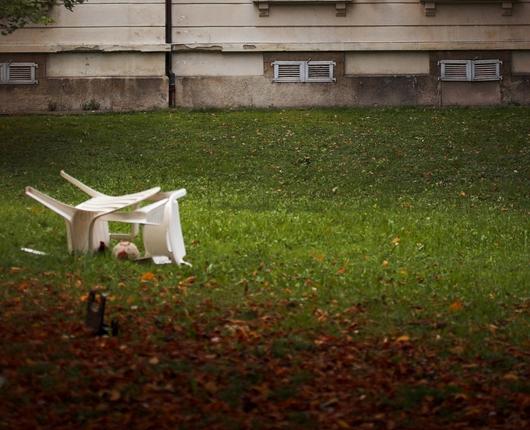 Seattle following "Stormpocalypse 2016" — we will rebuild.

Fingers are pointing in the aftermath of the Fizzle in the Drizzle.

The massive monster storm sequence that was predicted for last Saturday failed to materialize. It largely missed the populated areas of the region. Forecasters had said that it might be the worst storm to hit us since the hurricane force winds of the Columbus Day Storm in 1962. Instead, it was just another fall day, at worst a typical weekend in November come early.

People are blaming various players. Some say the storm — the remnants of a Pacific typhoon — simply didn’t cooperate and instead of gathering strength, weakened as it approached. The National Weather Service was chided on social media for overplaying the threat. As one person tweeted, they could have issued their warnings with “less cowbell.”

For its part, the weather service simply said that storm forecasting is hard. Other weather experts simply blamed Mother Nature. The science was good, but dang old Mom is just so unpredictable!

Some suggested that the storm’s actual behavior vs. its predicted behavior is a teaching moment, a chance to correct the meteorological computer models. Others argued that yes, the predictions were wrong but they were good for us anyway because, see, now we’re stocked with batteries and canned beans for future storms!

University of Washington meteorologist and weather celeb Cliff Mass wrote on his blog that the media overhyped it and pushed a narrative that over-emphasized the worst-case scenarios. “[T]his was not a failure so much of the models, but of communication of uncertainty,” he blogged the day after. “My profession has to stop providing the worst case or most probable weather evolution, but provide society with full probabilistic guidance….The media, such as the Seattle Times and several TV stations, were happy to hype up the storm….”

Mass suggested he would scrutinize himself too. He told me last Friday that his blog had gotten over a million hits last week as the storm approached and speculation ran rampant.

I have railed about weather hyping before, and I blame everyone.

A couple of observations. First, we used to take the weather pretty much for granted. It’s going to be rainy, partly cloudy, maybe a little sunny. Most of the year, we’re within such a narrow range that there’s little you need to know beyond the old piece of advice: Dress in layers. In other words, you don’t need to know what the weather is going to be 90 percent of the time, so chill.

Second, technology has made reporting the weather more dramatic: live TV feeds, storm-tracker radar, satellite images of demon-like cloud formations threatening the coast, reporters pretending to be blown away by winds at Alki. Look, there are waves on Puget Sound! The tools of overhyping became ubiquitous. Now add social media is a hype accelerant.

We didn’t used to call incoming rain “storms.” In the olden days, our TV “weathermen” used to draw cartoons for the weather report. The sun was “Old Sol” and rainclouds had faces on them. It was, essentially, weather for kindergarteners. Storms were simply “fronts,” or “wind and rain.” They were normal. Major weather “events” were few and far between. We didn’t panic people into the need to be “prepared” for tomorrow’s apocalypse. Now we’re a region of “preppers” and a people just waiting to be smacked upside the head.

Third, the media defines news differently than most of us. A tree falling on a house in Olympia or a flood on the Peninsula didn’t used to be news. Now, stuff is reported as if the whole region is falling apart if one small thing happened anywhere between Canada and Eugene. Headlines blared about “thousands” being without power after the weekend’s weather, as if that was unusual. It happens every winter after blows that don’t make national headlines. Trees and branches fall. We live with it.

The result is a kind of Boy Who Cried Wolf effect: the media spread fear of the apocalypse, then, when it doesn’t happen, convince themselves they did a public service by hyping fear. Rich Marriott of KING-TV defended the over-hyping. “We’re getting a lot of people saying, ‘Oh, you over hyped it.’ But based on the scientific stuff we had going into it, to ignore it would have been irresponsible.”

But scaring people into cancelling events, closing public buildings (like the Seattle Public Libraries), encouraging people to stay home from work, or to buy stuff they don’t need — all for nothing — isn’t the least bit irresponsible?

And it might lead to skepticism about more important things: “Well, if they can’t get the weather right, why should we believe them about climate change?”

Of course, the news media isn’t neutral. They want a big storm because, well, that’s news, and ratings. Nuance doesn’t sell—Cliff Mass’ “communication of uncertainty” doesn’t sound sexy, even if it’s sound. I think, the worst storm wreckage is that over-hype makes people more cynical about the warnings next time.