A big bet on oil train safety in Vancouver 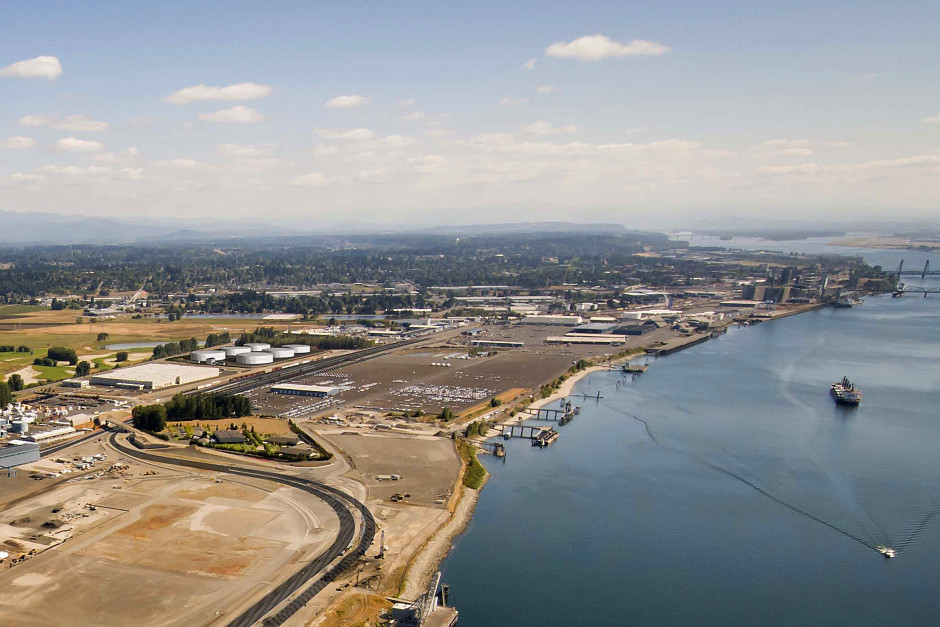 A rendering of what the Vancouver Energy Project would look like at the Port of Vancouver. The facility could move 360,000 barrels of crude oil from rail to ship every day.

The company behind the oil-by-rail terminal proposed for the Port of Vancouver announced new safety measures Friday. It hopes they will quell fears about the project.

Oil company Tesoro says it wants to prove to the community and regulators that it takes safety concerns seriously. The Vancouver Energy terminal project is offering to operate far below maximum capacity for two years. General Manager Jared Larrabee said they would only increase the amount of oil they ship if the terminal – and rail cars and shipping tankers transporting the oil - operate without a public safety or environmental incident.

“We fully see this as linking everyone together in improving safety leads to improved economic benefit for everybody,” he said.

Larrabee said the definition of “public safety or environmental incident” would be worked out with regulators during the permitting process.

At maximum capacity, the terminal would load 360,000 barrels of crude oil onto ships daily. That would make it the largest terminal of its kind in the United States.

Opponents of the project say, even with the voluntary reduction, there would still be too many oil trains traveling through the region.

“There’s a reason ultimately why Tesoro faces enormous opposition throughout the region. It’s because oil trains are reckless and super-dangerous,” said Dan Serres of Columbia Riverkeeper.  “Nothing there to say in this revised application is going to change that fundamental dynamic.”

In a revised state regulatory application submitted this week, Tesoro offered other safety concessions, as well.  These include boosting safety requirements for oil trains, offering paid emergency response training to local jurisdictions, supplying Washington refineries with crude oil and providing tugboat to accompany all loaded tanker ships from the terminal.

The move comes after an oil train derailed, spilled and caught fire in the Columbia Gorge this summer.