Weeks after it was cleared, homeless camp returns to Freedom Hill 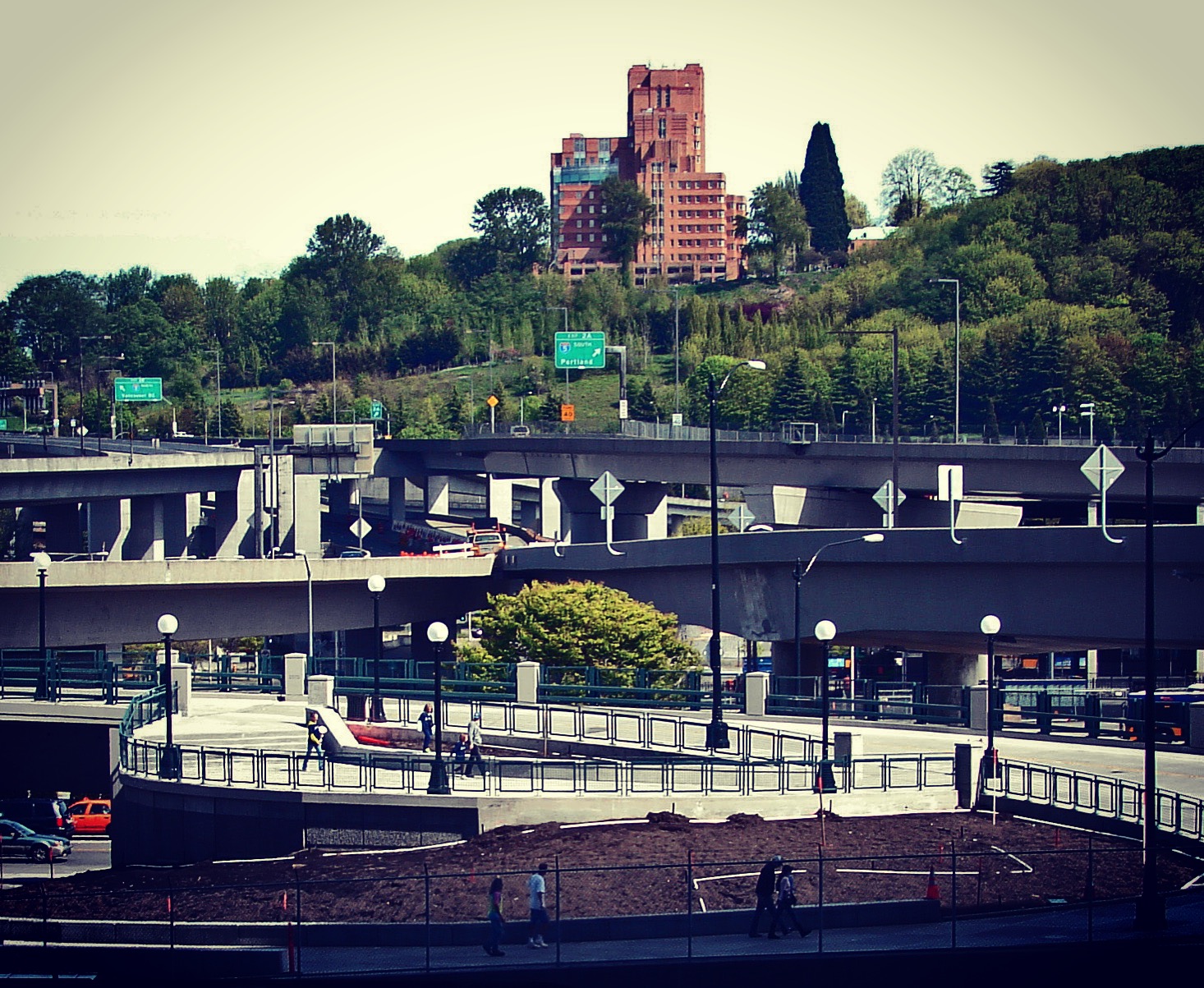 West of Rainier Avenue, between the road and the looping off-ramp from I-90, is a field known as Freedom Hill. For many months, it was full of tents — an encampment, as these gatherings of unsheltered people have been labeled.

Last month, state crews emptied the site of tents, citing hazardous trash and the fact that one must dart across blind corners of traffic to get there. It was cleared on September 14, just as officials inside City Hall discussed the proper way to handle places like Freedom Hill.

It’s three weeks later now, and Freedom Hill has tents again. Not as many — 15 or 16, down from the nearly 30. But those that have returned look rooted and lived in: A family tent with a de-facto patio in front, walled in by hanging sheets and a cotton covered couch; a staked tent, a tattered blue tarp sheltering the roof and a garbage-bag tunnel, like you’d crawl through as a kid, expanding the limited square footage inside the tent; a neat pile of tatami mats, rolled and stacked under a tree.

This area was messy before; the trash of its residents was not hidden inside any dumpster or bin. Now it’s neatly raked. On a gray Tuesday, small piles of leaves dot the sloping area like mole hills. One man has laundry baskets outside his tent, one for garbage, the other recycling.

The residents have, for the most part, pitched their homes along the western edge, hidden from the stop-and-go traffic on Rainier. Some, like a man named Michael, are newcomers to Freedom Hill, cleared from a different location in another corner of the city, although he declines to say where. Others, like Erica, lived here before the site was cleared in September, and decided it was worth returning.

“A lot of people are nervous to come back,” she says. But after a few nights in a shelter, Erica and her husband returned. In shelters, she said, people take your things.

The land is property of the Washington Department of Transportation, one of a number of jurisdictional islands inside the city of Seattle. WSDOT cooperates with local authorities, but the land is ultimately the state’s to manage — much like the Jungle, the infamous encampment beneath I-5 where a shooting occurred in January.

On September 9, crews pinned notices around Freedom Hill warning residents that a clearing was on the way, following through on the promise five days later. Phelps said the area was labeled as unsafe. Cars could leave the roadway, as one did on I-5 recently, killing a homeless man. There are also no crosswalks leading to the hill, and the long curves of the off-ramp are sharp enough to block drivers’ views.

Still, Michael is motivated to show that the area can be habitable. He and others lead efforts to tidy the paths between the trees. In the absence of a toilet, a man has erected one of his own: a green tent that sits upright with a small toilet inside. It’s a favorite among “leave no trace” campers and Michael would love to sell the idea to the city.

But if the area is marked as unsafe, tidiness may not ultimately matter.

WSDOT’s Travis Phelps isn’t surprised by the new campers. “There are many encampments in the I-5 corridor,” says Phelps. “We’ll clean them on a rotational basis.” Once an area’s been cleared, it falls to the bottom of the rotation. “There’s been times when we moved folks … and they’re back in hours.”

There’s no telling how long it will be until Freedom Hill comes up again, because the crews that clear them out are the same that maintain the highways, and unforseen maintenance duties can disrupt the rotation.

Meanwhile, inside City Hall, two efforts have unfolded simultaneously that attempt to provide clarity on how authorities should respond to encampments. One, a task force from Mayor Ed Murray, sought compromise and never ultimately got past establishing “guiding principles.” The other, a proposal under consideration by the Seattle City Council, has created controversy due to fears that it would legalize camping on public lands, such as school grounds, and because of its origins with outside advocacy groups.

But because Freedom Hill is state property, whatever new rules emerge from the council may part around the area like water around a rock. If and when law enforcement revisits this area, it will be on the state’s terms, not the city's. Councilmembers made this much clear in the most recent discussions in the council’s Human Services and Public Health Committee.

As councilmembers work to define which spaces are "unsuitable" to camp — and in the process create a de facto definition of what “suitable” means — it's hard to know if that messaging will trickle down to the encampments themselves. Freedom Hill, trimmed and healthy, seems suitable right now. But its owners will likely not award it that label.

So as the city scrambles to make systemic fixes to the homelessness system, Freedom Hill will likely continue on the state's rotation, a merry-go-round, with state cleanup crews on one horse and the unsheltered just ahead and just behind.