Inside the race for the scandal-ridden auditor's office 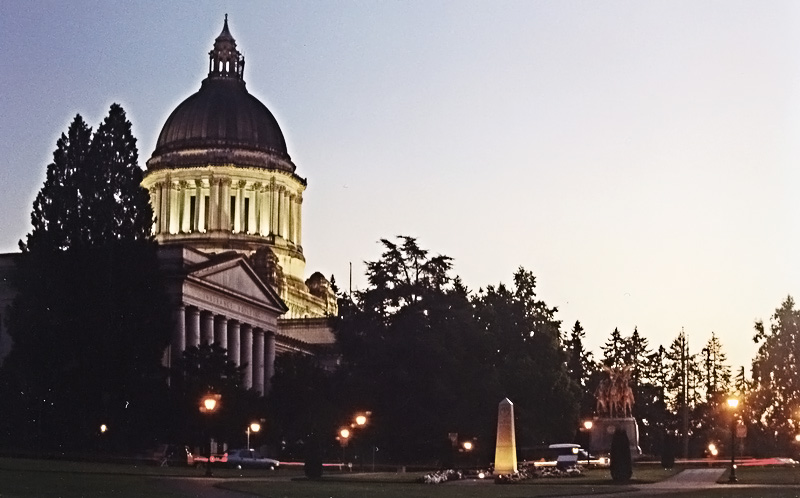 In the wake of Troy Kelley’s wretched four-year term as Washington state auditor, both candidates for the position say they want to restore public confidence in the office and ensure that it can credibly serve its role of reviewing public spending by local governments and state agencies. They say they can return the office to its strong reputation when longtime incumbent Auditor Brian Sonntag was in charge from 1992 to 2012.

The two candidates, Republican state Sen. Mark Miloscia, and Pierce County Executive Patrice “Pat” McCarthy, a Democrat, emerged from a field of five in the primary.

The office provides transparency by submitting regular reports on spending by city, county and state governments, as well as school, transit and other special purpose districts. The office also oversees occasional performance audits designed to determine how well government is performing in selected fields, which have included ferry construction costs, the state’s cyber security efforts, and improving the safety of prison staff.

In a trial earlier this year, incumbent Auditor Troy Kelley escaped conviction on federal charges of possession of stolen property, tax evasion and fraud, although he faces possible retrial on some of the accusations that ended with no jury decision. All of the allegations related to Kelley’s work in a real-estate services sector before was elected. Even before the trial, Kelley decided not to seek re-election.

Former Auditor Sonntag has expressed optimism about the office’s ability to recover under new leadership, regardless of who wins. He told the Seattle Times before the primary, “I really think just that with the change in that office holder, the atmosphere’s going to be different. People are going to be eager to get back to work without distractions.”

After serving in the state House or Representatives, Miloscia ran unsuccessfully for the auditor’s office in 2012 as a Democrat. When he ran for state Senate in 2014, he became a Republican. He previously worked in private sector auditing and he chairs the Senate committee that deals with governmental accountability and audits.

McCarthy is in her second term as executive of Pierce County, leading some 3,000 employees. She previously served as the county auditor, a position responsible for real-estate records and collecting fees. She was named state County Auditor of the Year for 2005.

Miloscia points to his private sector auditing and financial background, including for Boeing, as a strength. To restore the office, we need to have a confident leader who knows how to audit and who is passionate and committed to use audits to solve problems that we currently have,” Miloscia said. “

He said, “My purpose is to motivate the stakeholders, employees and restore trust in the government. Many people in the office or the government don’t know the problems that are occurring within the system, and as an auditor, I want to address the current issues and solve them.”

McCarthy points out that, like her, Sonntag was not an auditor but had the leadership skills to oversee professional auditors on the staff. She called Sonntag’s openness with the public “a hallmark” of his work and said he provided the needed vision and leadership.

She points to her own experience managing government offices and dollars.

“We need someone strong who has a track record of protecting tax dollars,” McCarthy said. “I really understand how the government works. I understand how public dollars are spent, and how records are kept, and I will bring those skills and abilities to be the leader of the agency that is really the overseer of local and state government,

Miloscia has said he will propose a state law forbidding homeless encampments on sidewalks and road rights of way, and would institute a performance audit of homelessness programs if elected. McCarthy has said spending on the homeless must be efficient but she cautions against expecting that an audit would provide an answer to the homelessness problem.

The winner of the election will assume office in January alongside statewide elected officials. For the auditor’s office, it will be a chance at a fresh start, one or the other.