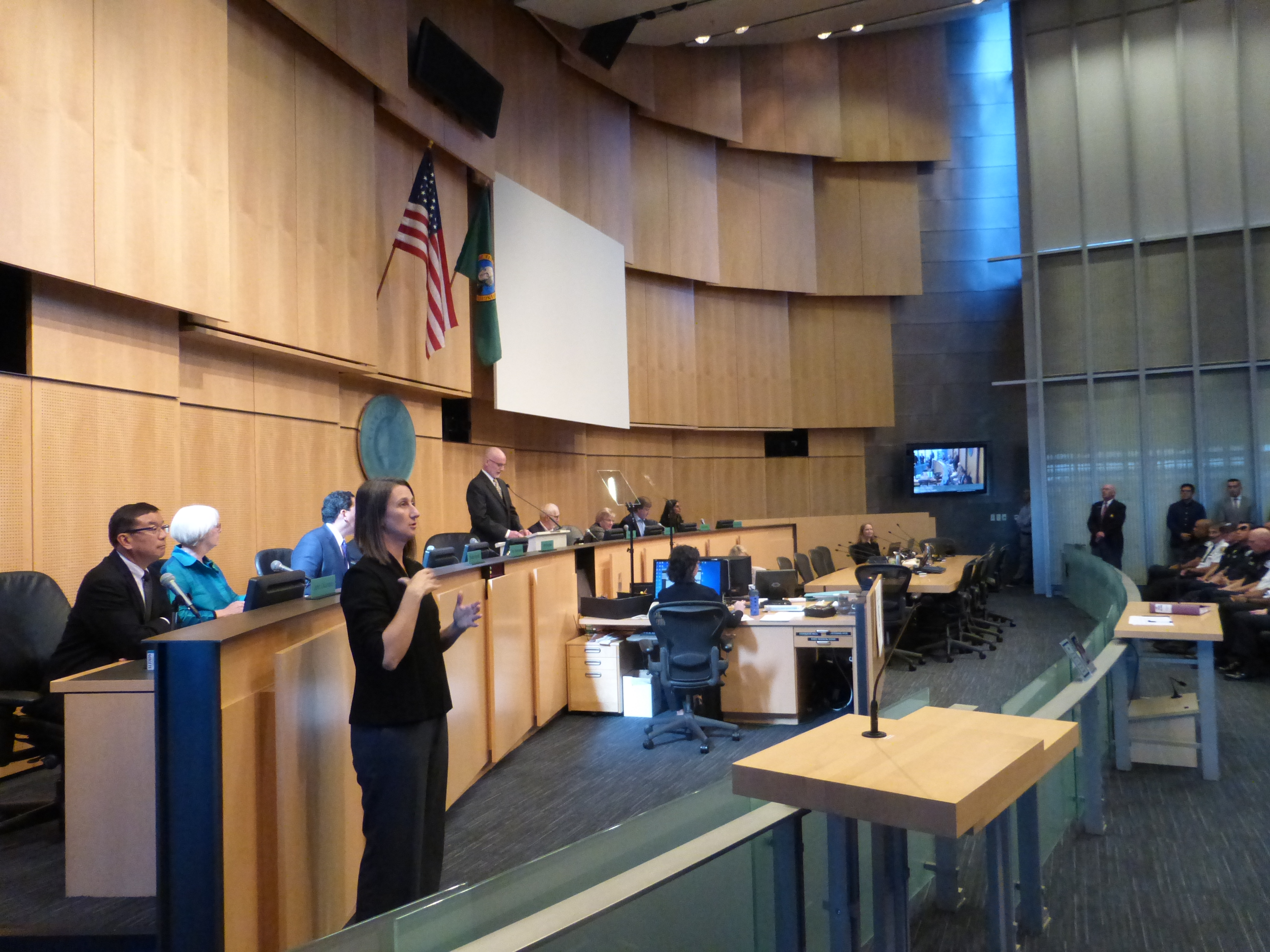 The Seattle City Council passed the city’s 2017-2018 budget package on Monday with an 8-1 vote. Only socialist councilmember Kshama Sawant voted against, as she has every year since she took office.

With much of the city’s attention focused on the potential implications of Donald Trump’s presidency, the final tweaks and adjustments to this year’s budget brought to mind the old cliché about rearranging the deck chairs on the Titanic. Still, the budget is stocked with funding for progressive measures, most notably $29 million in bonds to build affordable housing.

The blockbuster affordable housing bond, to be repaid eventually out of the general fund, is something a small faction of the council has been advancing for years. Sawant has been the leading voice on this, first via the short-lived Community Housing Caucus, then in the fight to reappropriate funds away from a new North Precinct police station. Councilmember Lisa Herbold has also been an advocate for using bonds, although she’s never asked as much and has not advocated for defunding the North Precinct.

The proposal never gained footing until the debate around the North Precinct (known as the #BlocktheBunker campaign) forced it into the public sphere. Activists argued (spell out how they used the bunker to argue for more affordable housing funds).

While the final budget line is nowhere near the $160 million Sawant campaigned for, the bond measure received 7-2 support. That margin is important: Mayor Ed Murray opposes using housing bonds, but unless that super majority can be swayed, it’s veto proof.

The council also piled on more money to combat Seattle’s ever-expanding homeless population, bringing the funding up to about $60 million. In addition to funding ongoing services like shelter and outreach, this chest will go in part toward launching the mayor’s Pathways Home strategy for tackling the homelessness crisis. The central tenant of this is a shift toward “rapid rehousing,” which places the homeless into the private housing market straight away, avoiding transitional steps. It will also fund lockers for the homeless and expanded hours at several shelters.

This funding comes in the shadow of potentially bad news from Washington. D.C., however. Murray has repeatedly made the case that the city can’t handle the homeless crisis without state and federal funding. With the election of Trump, he’s all but given up on that hope, even floating the idea of running a property tax levy to combat homelessness. That $60 million means a lot less when on an island separate from the federal government.

The council also provided funding to expand the Seattle Police Department by 200 officers. However, they rejected a proposal from Councilmember Lisa Herbold to expand “preference points” for those new hires. Herbold wanted to give greater priority to recruits who spoke multiple languages and had proposed holding funds for the new officers until that was the law of the land. The council elected to wait on this until they could complete a more thorough look at adding diversity to the department.

The budget will also greatly expand the Office of Labor Standards, which enforces Seattle’s suite of labor laws. Several councilmembers proposed a dedicated fee for the office, a proposal the Metropolitan Chamber of Commerce staunchly opposed this proposal, as Crosscut has previously reported. To their delight, funding for the office will continue to come from the general fund.

Another proposal that may move more slowly than some hope are the rollout of body cameras. Amid concerns of impacts on community, the council did not give full approval to roll out police officer body cameras. While they gave the OK for an extended pilot on bike officers, outstanding questions of balancing privacy with accountability as well as effects on Seattle’s poor and minority communities meant they withheld the bulk of the funding.

Among the other feel-good items for the city, the budget includes more advocacy work for immigrants, victims of domestic violence, LGBTQ youth and low-level offenders, reaching intp courts, schools, shelters and the streets. A program that helps high school seniors in need of tuition aid was expanded by $500,000. And the Chinatown-International District will get some additional public safety funding.

Mayor Murray recently pledged that Seattle would remain a "sanctuary city," an informal title for cities that won't help the feds track down undocumented immigrants. Trump has said he would cut funding for sanctuary cities, which, for Seattle, amounts to at least an 8-figure annual sum. When we talk adjustments in the range of hundreds of thousands, the quibbling and negotiating in city hall pales.