D.C. wants to steal our state's name. They can have it 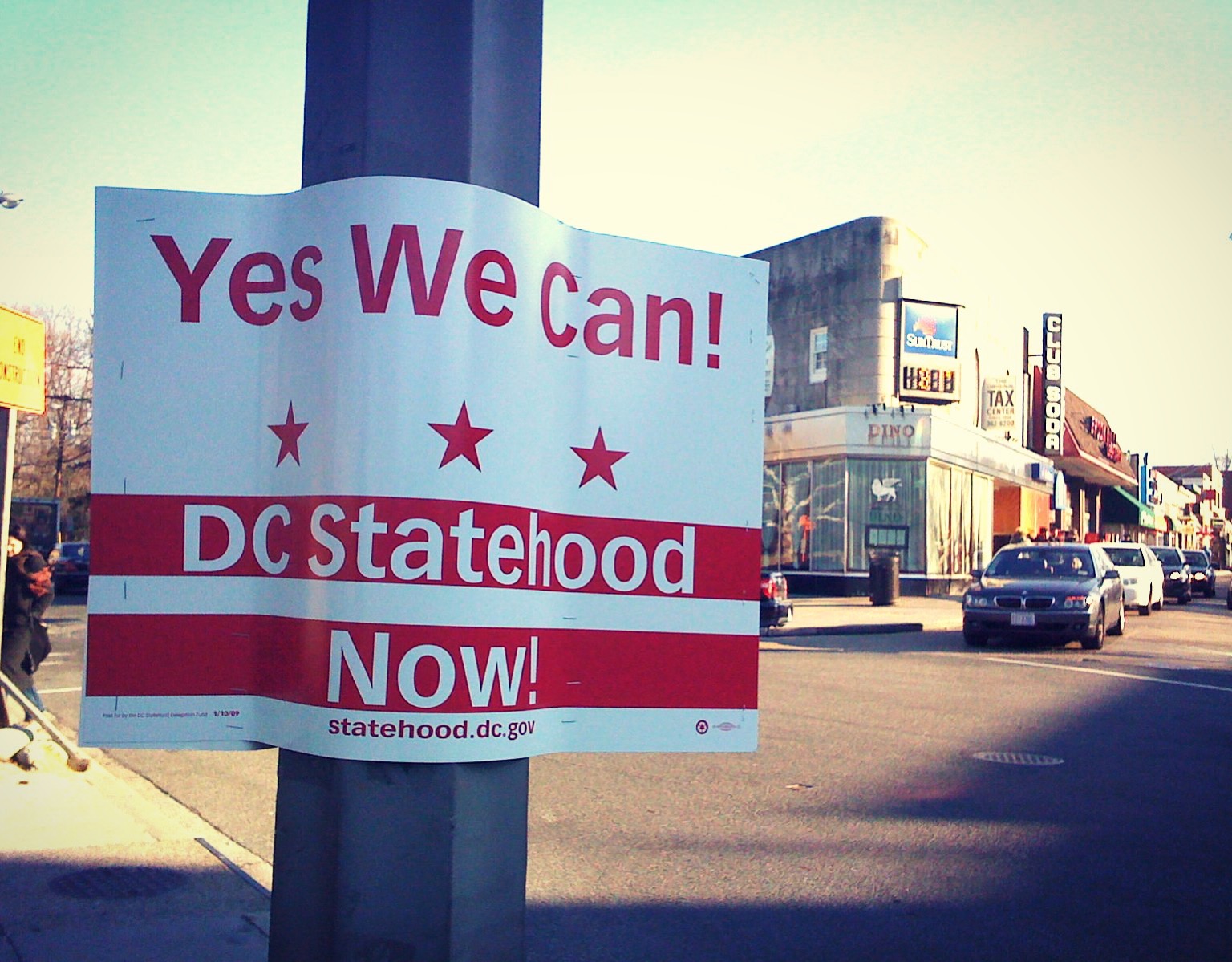 Washington D.C. policymakers have been pushing for statehood for a long time. If they achieve their goal, will they steal our name?

Two Washington states! The other Washington is trying to rob us of our name, some say. Evan Bush writing in the Seattle Times said “you can’t steal our statehood name, add a few letters and expect us to just sit back and enjoy the sea breeze while sipping on lattes and wearing flannel.”

I say, let them have it. We can do better.

First, from the very beginning, Congress has made a hash of avoiding confusion between the two entities. That mess still exists more than 160 years later.

The people of what became Washington state wanted to name their new territory Columbia. That was meant to distinguish us from Oregon and to honor the great river that made our economy and defined a border—and, indirectly, it honored the guy credited with “discovering America.” Folks in D.C. objected. They believed that if they named the new territory Columbia, people would confuse it with the nation’s seat of government, the District of Columbia, that odd chunk of federal swampland that was neither state nor territory.

Wanting to honor the nation’s first president, Washington was proposed by a slave-owning, border-state Congressman (and later Confederate leader). This would avoid confusion with Washington, DC it was argued. Thus, Columbia was stricken from the territorial act. In the Senate, Stephen A. Douglas tried to soften the name by proposing Washingtonia, but that failed. Washington it was, and it remains. But it has proven ever since to be confusing. People here simply refer to DC as “the other Washington.”

In the current flurry of renaming things, some have questioned whether naming things after George Washington is appropriate in general, due to his past as a slaveowner. Though if anywhere ought to be named Washington, the city that hosts the nation’s capitol seems most appropriate.

Interestingly, DC is wrestling with some of the same questions that were troublesome in the 1850s. Citizens there will be voting on a statehood measure and a draft state constitution for DC has been written. Up until October, the name of the proposed state was New Columbia—not particularly popular in DC, but a placeholder. It has been ditched, however.

On October 18, the council changed the designation of DC from District of Columbia to Douglass Commonwealth, named after the incomparable Frederick Douglass, abolitionist, social reformer, and DC resident. Thus, the new state’s official name would become “the State of Washington, Douglass Commonwealth.” Kind of a mouthful.

I think DC should be a state. I think the name Washington should be theirs — the city has had that name for over 200 years, long before Lewis & Clark ever got to the mouth of the Columbia. I don’t think sharing the name is a great idea: West Washington State and East Washington State — separated by thousands of miles, we’re not going to be like the Carolinas.

They were first, Congress made a mistake, let’s take the chance. I think we should seize the opportunity for re-branding.

We could do with a new flag, a new song, a new face even. Washington’s portrait on the seal is basically just what we see everyday on a dollar bill.

A few suggestions come immediately to mind, to start the conversation.

We could go back to Columbia, but since our major cities have been switching Columbus Day to Indigenous People’s Day, the name carries a lot of baggage. It would also connect us to our northern neighbor: British Columbia. We lose the opportunity to be more original.

Cascadia is a name that reflects the bio-region and suggests the hint of possible secession as part of a new entity in the Pacific Northwest that could include other Northwestern states and provinces., It is also gives tribute to a defining feature of the state (and region, from BC to California), the Cascade range. Cascadia also already has a flag featuring blue, white and green with a Douglas fir in the middle. Nothing says independence like “Old Doug.”

Ecotopia might also be available. Washington state was once a part of the imaginary West Coast republic of eco-conscious utopians conceived by author Ernest Callenbach in the 1970s. Author Joel Garreau gave the Northwest lands adjoining the Pacific Coast that name in his book 1990s book, “Nine Nations of North America.” It’s a bit dated, but carries an aspirational flair.

We could go back to earlier names for the general area. Sir Francis Drake visited the region in 1579 to help establish claims of the British Empire, then newly conceived by Queen Elizabeth I’s mage, John Dee. Nova or New Albion, he called the West Coast. That name is probably too “white,” literally. Still, it has a kind of mystical resonance that suggests a distant Camelot.

Given the growth in the Hispanic population in the state and national demographic shifts, another colonial name to kick around like New Albion would be Spain’s name for the Northwest: Nueva Galicia.

Another possibility suggested by a Twitter follower: Tahoma. This would solve a couple of problems. It would recognize the region’s indigenous peoples. It would resolve the occasional eruptions of more than a century over whether we should rename Mt. Rainier to Mt. Tahoma or Mt. Tacoma.

Rainier was named for an officer in the British navy who opposed the United States during the Revolutionary war. In other words, an enemy of George Washington. Tahoma, thought to be a native term for the mountain, also names the one distinctive landmark that can be observed from both sides of the state (that, by the way, is why it is featured on the license plates). If not Tahoma, I am sure the tribes could come up with a suitable Native American name.

Re-branding is always tricky (New Coke!), and this would come with a lot of public process and Congressional meddling. But we never really wanted our current name to begin with, accepting it because territorial status and later statehood were too important to derail over a name.

Today, stepping aside and helping DC forge a new identity would be a good thing. We can rise to the challenge of finding a fresh name that better reflects who we are today, not who a bunch of politicians wanted us to be more than a century ago.