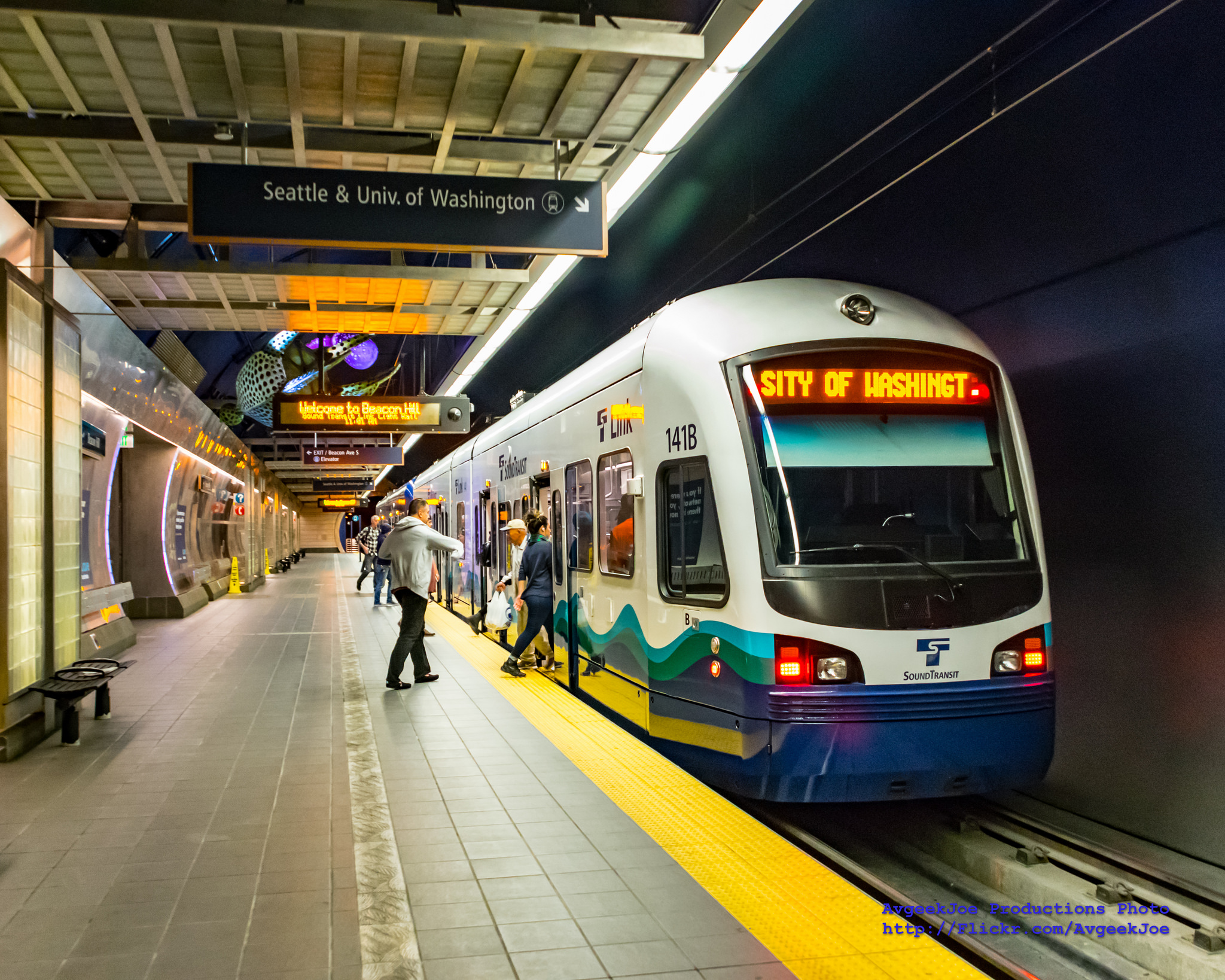 A UW-bound train in the Beacon Hill station.

Amid the stunning success of Donald Trump, voters in Washington on Tuesday proved again that this corner of the country is a left-leaning stronghold with occasional splashes of purple: Statewide elected offices will continue to be ruled by Democrats, the minimum wage appears on its way to climbing to $13.50 an hour, and friends and family will have the right to take away firearms from loved ones in crisis. Meanwhile, Republicans seemingly have managed to retain their hold on the Office of Secretary of State and pick up a seat in the treasurer’s office.

On a non-partisan note, with the apparent election of Pramila Jayapal to the U.S. House of Representatives and the re-election of Sen. Patty Murray, half of Washington's Congressional delegation is women.

Democrats once again easily swept to decisive statewide victories in the highest profile races. Gov. Jay Inslee bested Republican challenger Bill Bryant by ­13 percentage points. Bryant, a former Seattle Port Commissioner, could never quite overcome his lack of name recognition and a specific issue that caught fire with voters, not to mention the state's feeling about the hotel magnate at the top of his party’s ticket. While Bryant tried desperately to paint Inslee as feckless, the argument never quite stuck amid Washington’s booming economy.

In the race for U.S. Senator, incumbent Patty Murray, a Democrat, obliterated challenger Chris Vance by ­­­21 points. Vance, a longtime staple in Washington’s Republican Party and lecturer at the University of Washington’s Evans School, received credit early from both sides of the aisle when he was among the first Republicans to denounce Donald Trump. But he never found a foothold, trailing by double-digit margins in nearly every poll leading up to the election. Murray never looked back.

Republicans bumped their statewide elected positions from one to two with the election of Duane Davidson as Washington’s new treasurer and the re-election, despite a New York Times article connecting her to hardcore conservative events, of Secretary of State Kim Wyman. She  is fighting off challenger Tina Podlodowski with a nearly 7 percentage point lead, which should be a safe margin.

Governor Inslee easily won re-election, but can't expect an easy time with Legislature, where Republicans remain in control of the Senate — barely. Their majority may be a single vote. Democrats will likely run the House, likely with a four vote margin.

Washington voters also approved a statewide wage hike by margins that clearly transcended party divisions: The ­­­19 percentage point margin of approval easily outpaced the gap between Bryant and Inslee. Of four initiatives to raise the minimum wage on ballots across the country — the others in Arizona, Maine and Colorado — Washington’s hike to $13.50 by 2020 is the steepest.

Closer to Puget Sound, voters anxiously watched as one of the largest transportation levies in history, Sound Transit 3, appears well on its way to approval, following months of bitter back and forth. Its approval will break a trend in Sound Transit packages: Both of the agency's first two proposals fell the first time before returning to the ballot at a smaller price. The $54 billion measure is three times the size of Sound Transit 2 and will lay light rail from Tacoma to Everett and out to Issaquah.

In the contest for retiring Congressman Jim McDermott’s seat in the U.S. House of Representatives state Sen. Pramila Jayapal is comfortably defeating state Rep. Brady Walkinshaw. The race between the two was essentially a contest for permanent tenure in Congress: Rep. McDermott has served the overwhelmingly Democratic portion of King County for 27 years. Although Walkinshaw did not concede Tuesday night, he admitted he was behind by "a big gap."

Arguably the fuzziest measure on the ballot, both in its intricacies and partisan lines, was the initiative to impose a "carbon tax" industries that contribute to climate change. The measure was sold as "revenue neutral," but faced opposition from the right (Koch industries opposed it) and never gained traction with the left (the Sierra Club and several other high profile environmental organizations decline to endorse it). Perhaps as a result, it was going down to a sound defeat.

In other statewide votes, an initiative to set up public financing of campaigns went down to a resounding defeat despite big spending by national groups supporting the idea. But voters endorsed a non-binding call for the state's congressional delegation to support a federal constitutional amendment to overturn a U.S. Supreme Court decision, Citizens United, that opened the floodgates for corporate camaipgn spending.

And a state measure to allow court ordered removal of firearms from friends and family in crisis passed easily.

We will update as more results come in.