I-732: Washington state's chance to lead the climate fight 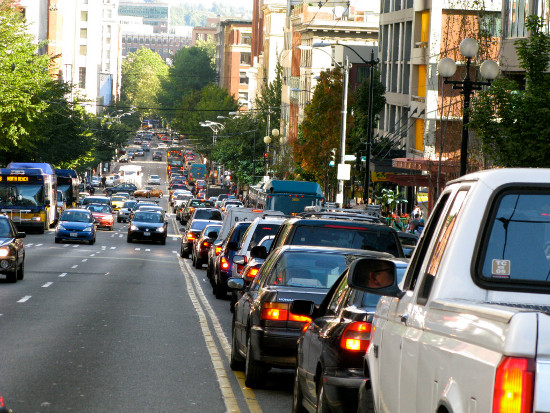 As our society becomes more polarized, initiatives are sometimes opposed by both progressive and conservative interests for different reasons. I-732 the Carbon Tax Initiative is just such a case. It raises taxes on carbon so businesses and individual alike are incentivized to use clean energy and thereby slow climate change.

I-732 is not truly a tax initiative, however. It is designed to be revenue neutral, offsetting the taxes raised through a combination of sales and business and occupation tax reductions. It even funds the Working Families Tax Exemption Program benefiting low income families. It works by giving businesses and individuals alike, a financial incentive to reduce their fuel consumption.

One might expect that, for example, Fuse, the largest progressive organization in the state to support an initiative to reduce climate change. Not so. Fuse takes the position that “conservatives and greedy corporations have waged a relentless war against government for years. They have succeeded in starving our public institutions of the funding necessary to provide the essential services we all rely on.” Instead, Fuse favors a cap-and-trade system that would target only business fuel consumption, would require a large and costly bureaucracy to administer and which would use the fees collected to invest in clean energy and protecting vulnerable communities. While their objectives are admirable, they put the entire burden on those “greedy corporations” and relieve people like you and me of any responsibility for our own carbon footprints.

The Association of Washington Business also opposes I-732. AWB has said that annual household energy costs will increase by $448 a year and gas prices will go up 25 cents a gallon. They don’t mention that sales taxes will be reduced by 1 percentage point and that Business and Occupation Tax on manufacturing will be virtually eliminated. The reduction in the Business and Occupation Tax will also serve to make Washington products more competitive with our out of state competitors.

So what does all this mean for the average voter? On average, these tax reductions will more than offset the increase in fuel prices. That means that most of the population will pay the same amount or less tax than they would without the initiative. Nevertheless, some households with large heating bills, or family members who commute long distances may find they have to pay a little more tax than they otherwise would.

But everyone has control of their own tax bill. Those that live close to work can reduce their tax bill by walking or bike riding to work on occasion. Those that live farther away can reduce their tax bill by carpooling or taking public transportation. Savings taxes can be as easy as just combing two trips to the store into one. These fuel conservation steps will not only save the 25 cents per gallon of tax, but also the rougly $2.50 per gallon gas price we pay now. That means that carpooling to work just one day every two weeks will offset the increase in taxes for the whole two-week period.

But what about the individual who doesn’t want to change his behavior at all, and just wants to do things the way he always has? Because others are willing to walk, bike or carpool, he will get to work quicker because there are fewer cars on the road.

Opponents of I-732 find flaws in the initiative. No, it is certainly not perfect, but no initiative ever is. It will affect each individual differently based on their earnings and spending. There will be winners and losers, and lots of unintended consequences. Neither will it solve all our environmental issues. It is however, a valuable first step to addressing climate change and it doesn’t really come with a price tag. On average it is free! When was the last time there was an initiative to address a global problem that didn’t cost the average household anything?

And let me remind those that suggest we should wait for a more perfect initiative that the clock is ticking on climate change. The longer we wait, the warmer the planet will get, the more powerful weather events will become, and the longer it will take to reverse the temperature increases. More trees will fall, more houses will be without power for longer periods, and more flooding will occur.

Let’s put our differences aside and vote for I-732.

Ned Witting is a business owner in Lakewood, entrepreneur and author of "Political Gridlock: It's Time for a Reboot.: A political moderate, he has attended both Republican and Democratic conventions but has never found a home in either party. He is the recipient of the Boy Scout Silver Beaver distinguished service award and is happily married to his sweetheart of more than 30 years.