If Legislature flips, here's how priorities will change 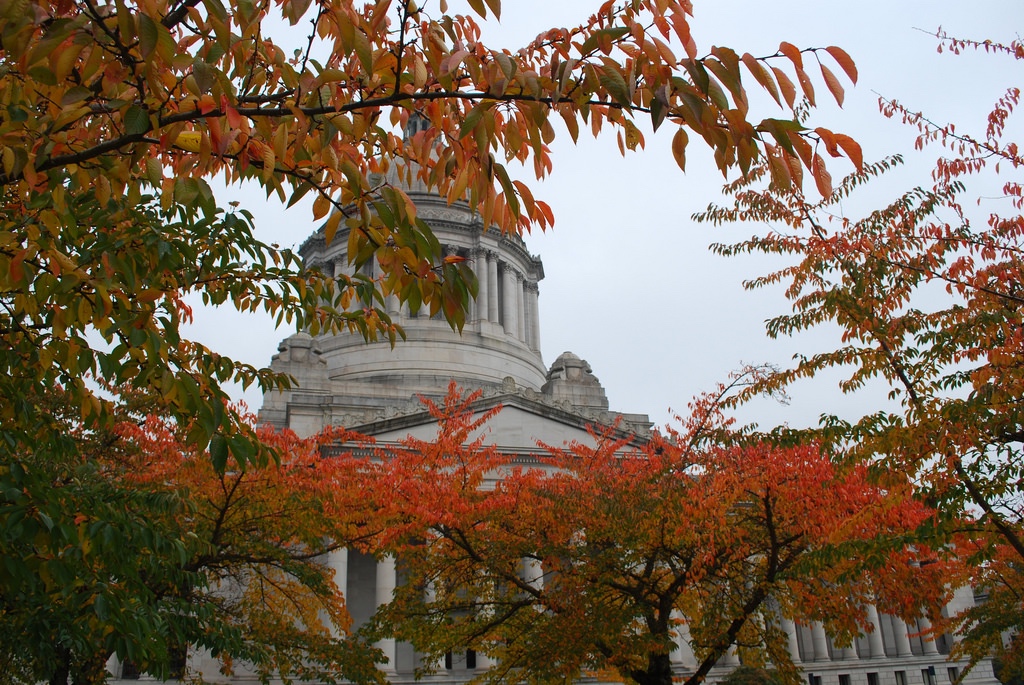 Dreams of the tables being turned are among the fondest in all of politics. A vote peeled off here, a deal struck over there — and suddenly the underdog is on top.

This year, it might actually happen in Olympia. In the state House of Representatives, Republicans would only need to pick off two spots to take over, while Democrats would likewise need only two votes to seize the Republican-run state Senate. More than enough seats to change the majority party in both chambers are caught up in close races, meaning either — or both, conceivably — could flip.

Leadership from the minority parties in both the Senate and the House recently talked about what their priorities would be if a power shift brought their party into control of their chamber. Both clearly relished the prospect — but also insisted they wouldn’t use newfound power to pursue sweeping overhauls.

Finding a way to fill the state’s K-12 education funding gap will be the top priority for the Legislature. Beyond that, though, party control will help shape the agenda in each house of the Legislature.

Crosscut put the question to both Sen. Sharon Nelson (Maury Island), head of the Democratic minority in the Senate, and J.T. Wilcox (Yelm), floor leader of the Republican minority in the House: What would be the top three priorities, beyond school funding, if their side managed to take over their chamber?

Both insist their caucuses wouldn’t pursue sweeping overhauls, or use a majority to ramrod extreme measures into law. Wilcox, for instance, says the Republicans would exercise tighter budget discipline but also see areas for more spending could be helpful. However, each also named a few specifics that would likely raise eyebrows with their opponents: Nelson spoke of setting up universal voter registration and strengthening equal pay laws. Wilcox said a Republican House would use the House Government Affairs committee to cross-examine heads of state agencies on a regular basis.

To improve higher-ed access, Nelson said, the primary focus would likely be on putting together legislation to reduce student debt, and expanding state grants for needy students.

On the economy, Nelson mentioned both a push for equal pay for women — last year, she introduced a measure that would have strengthened the state’s ability to enforce the requirement — and a rewriting of the state Business and Occupation tax code to lighten its burden on small businesses. The tax is often characterized as a drag especially on small retail firms, as it taxes gross receipts, not net income. But Nelson hedged on a broader rewrite of the B&O tax code as it applies to larger businesses, like Boeing and Microsoft, whose big breaks have long faced Democratic criticism.

Nelson said election fairness moves would likely include reviving a handful of bills that died last year in the Republican-controlled Senate, including a proposal for automatic universal voter registration using drivers’ license records and the Voting Rights Act. The Voting Rights Act would require district races instead of at-large contests in cities and school districts where significant minority populations have failed to win positions.

One Democratic bill that might not be coming back — at least not as a priority — is last year’s toxics legislation. That bill sought to expand state regulatory powers over the chemical industry, with the goal of increasing safeguards against slipping slight variations of toxic chemicals into consumer goods, a common practice in some subsections of the industry. Although Nelson said she isn’t against it, she confirmed it hadn’t been mentioned as a priority in recent talks about the coming session.

On community college and tech education funding, Wilcox said the caucus would be amenable to funding increases, but only so long as they benefited rural areas and the eastern part of the state as much as more urban Puget Sound areas. Likewise, while Wilcox said he empathized with the Democratic push to close opportunity gaps in education, but added that Republican leadership would want to include not only minorities, but “geographically disadvantaged groups” —  rural residents.

“There’s a lot of concern that the safety net doesn’t exist outside the largest cities,” Wilcox said.

“I think that there’s plenty of evidence that the governor needs help, so we’re going to provide proper oversight,” Wilcox said. Wilcox also cited another kind of oversight: using the House Government Affairs committee as a kind of review panel for heads of public agencies, and requiring them to lay out their management plans for legislators and the public. Adding that the focus would be on “policing” management at the agencies but also increasing transparency, Wilcox said, “Having a little more exposure helps the agencies explain what they’re doing.”

Both Wilcox and Nelson advocated for incrementalism, citing the slim majorities that even a newly victorious caucus would likely hold, and the necessity of keeping centrist colleagues on board.

“Think through the implications of a majority,” Wilcox said. “It’s likely to be a pretty tight majority, 50 or 51 [out of 98 House members] at the most.”

Nelson pointed to the state’s same-sex marriage law as an example of smart incrementalism, noting that the push for marriage equality lasted nearly two decades. Nelson said she would look at having a majority the same way: “It’s not that you can dictate that it will be a sweeping vision that comes out in a year.”

Still, if either the Senate or the House changes hands, look for some of the more ideological members of the new majority to push their favorite causes. Many of them have been waiting impatiently for a chance to turn the tables.