Sawant campaigned against Clinton. Now she’s on the defensive 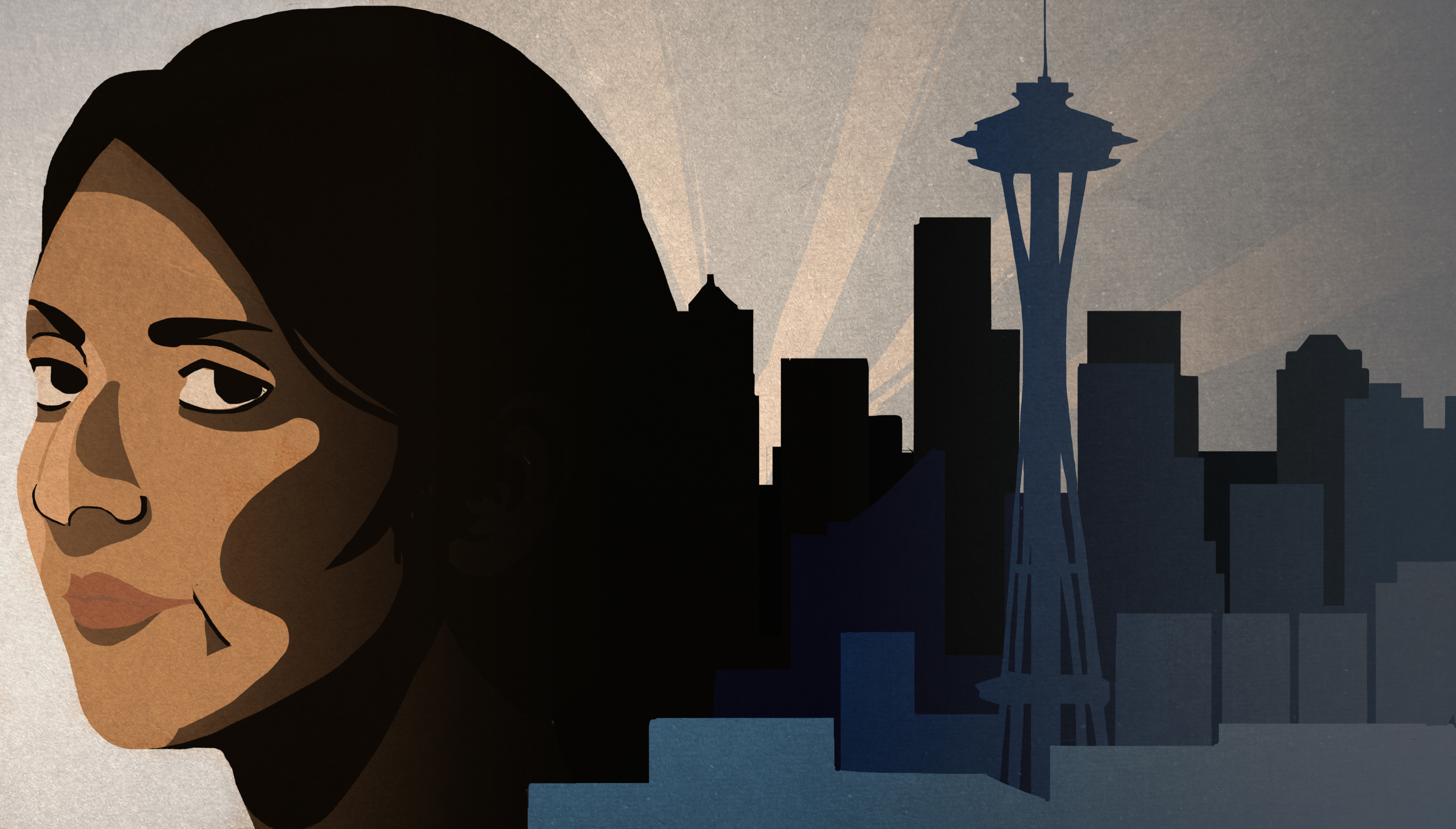 For some, Councilmember Kshama Sawant is the firebrand leftist many in Seattle crave as a reaction to Donald Trump. A post-election rally she helped organize in Westlake Park was populated by a large swath of Seattleites, beyond those adoring followers who tend to show up for her hearings in City Hall. A friend of mine from Beirut, speechless after Trump’s victory and not a typical rally attendee, fought toward the rally’s stage to hear Sawant lay waste to the conciliatory tones of the nation’s highest-profile Democrats.

But in recent days, her credentials as a leader in the anti-Trump movement have been firmly revoked by others. Sawant, after all, encouraged progressives across the country not vote for Hillary Clinton — she took to Democracy Now, progressive magazine The Nation, and even protests outside the Democratic National Convention to do so.

Even after the election, when asked by Crosscut if she was hoping for a Clinton victory on Nov. 8, she would only say, “I was hoping that Trump and his agenda would lose.”

On Monday, Councilmember Tim Burgess said in a council meeting, “For those of us who advocated so strongly for Secretary Clinton [the election] was certainly disappointing," a subtle dig at his socialist colleague. Danny Westneat in the Seattle Times went beyond criticizing her lack of support for Clinton, accusing her of playing directly into the hands of the Trump strategy to suppress progressive votes.

Even the Stranger, in an atypical affirmation of their crosstown newspaper rivals, ran a blunt headline: “Kshama Sawant and the Socialist Alternative Should Not Lead the Anti-Trump Protests.”

The condemnation from the moderate left represented by the Times and Burgess, as well as fellow socialist Charles Mudede at the Stranger, has been supplemented by a bombardment of phone calls and emails to her office. Sawant says some of them are the disenfranchised voters she tries to speak for. Many more, however, are filled with the racism and misogyny from the far-right and Trump supporters.

Sawant’s opposition to the DNC “establishment” is nothing new. But in the aftermath of Trump, the speeches once tolerated when Clinton was a perceived lock are now provoking outright anger.

Sawant is nothing if not stalwart in her beliefs, so if there is insecurity about performing this tightrope act, it doesn’t show. These things she believes: Trump is a demagogue, Clinton is better than Trump, Democrats are better than Republicans, and Trump should not be President. She does not, she insists, draw a false equivalency between the former Secretary of State and the President-elect nor the parties they represent.

But even with a President Donald Trump, she doubles down on her urging of progressives not to vote for Hillary Clinton. “I refuse to stranglehold my analysis on just one year,” she says.

Somewhat paradoxically, Sawant has expressed more support for Trump voters than nearly anyone else in Seattle, and yet shown less tolerance for anything close to “giving him a chance.”

While she quickly acknowledges there is a “current of racism…that has been emboldened by Trump’s election,” she also says, “Many [Trump voters] are working people who are legitimately upset about being left behind.”

The pill that’s hard for Sawant’s progressive critics to swallow is that she actively discouraged voters from voting for Clinton. She was so committed to an anti-Clinton stance that she even accused her candidate of choice, Bernie Sanders, of “abandoning the revolution” when he endorsed her. From one angle, it looks like a self-fulfilling prophecy, in which she says people should not vote for Clinton because she’s not a person people will vote for.

Sawant downplays her influence. “The fact that roughly half the voters stayed home was not a reflection of my power,” she says, laughing. “They’re giving me undo credit.”

That’s probably true, although her op-ed in the Nation had 22,000 likes and shares on Facebook. But for Sawant, that’s really not the point. Everything she does is with a long view: She’s always been more faithful to the Socialist Alternative party than the Seattle City Council, and revolution for her is not hyperbole. In her view, it is not difficult to imagine the inroads made by Socialist Alternative in Seattle as snowballing nationwide.

It’s that attitude that occasionally infuriates her colleagues on the council, and it’s infuriating Seattle liberals more widely now.

As for who should be out in front of these protests, Sawant again downplays her role.

“I’m far from the only person speaking out against Trump’s agenda,” she says, continuing that she in no way wants to be the only one at the forefront. In particular she points to the massive student walkouts Monday. “Who has the legitimacy to protest? That should not be the question.”

Once again, it’s a 10,000-foot view. She is protesting Trump, sure, but more than that she’s protesting the systems she sees as enabling Trump. And that includes people like Hillary Clinton.

Love it, hate it, it’s the reality of Sawant.