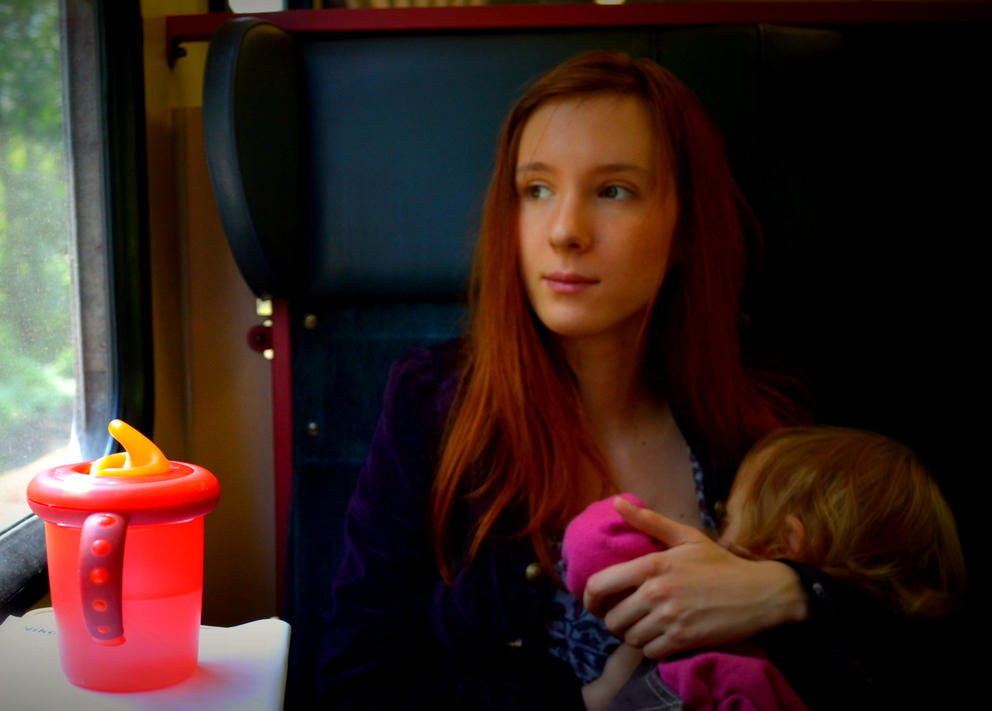 In a recent report tracking paid parental leave policies at the country’s largest employers, four Puget Sound companies were featured – and the national frontrunner is a shocker. Amazon, notorious for its punishing work culture, offers the largest number of fully paid weeks for new moms, compared with the other 60 largest employers in the United States.

While Amazon’s 20 weeks of paid leave for birth mothers doesn’t add up to the American Academy of Pediatrics’ six-month maternity leave recommendation, it’s still significant. The company’s six-week paid paternity leave policy is also among the most generous offered by the nation’s large employers.

According to an Amazon spokesperson, "thousands of employees, from our hourly associates to our executives,” have availed themselves of the parental leave policy. Most of the company’s new moms take advantage of the full 20 weeks, she said.

Local companies that didn’t fare as well on the list? One is Starbucks, which frequently makes social statements – whether through their ‘Race Together’ campaign or the recent bid to unite voters of all political affiliations  — but only offers six weeks to mothers and no paid leave for fathers.

Then there are companies that remain shrouded in mystery on the subject. Companies like Costco Wholesale, often featured by Forbes as one of the best places to work, but did not want to make their policies publicly available.

Boeing also declined to share their policy. The report’s authors had to crowd-source to discover Boeing’s six-week maternity policy, but couldn’t get the company to confirm. Does the lack of transparency translate to poor benefits for new parents? That’s likely. But often even companies that have generous policies don’t seem to make it easy for current and prospective employees to find -- and this can end up discriminating employees.

Microsoft, which wasn’t a large enough employer to be featured in the list, also offers 20 weeks of paid leave to mothers and 12 weeks to “any non-birth parent” – a change they made last year, shortly before Amazon announced its expanded policy.

The economic case for a robust paid family leave policy has never been stronger. A September report from the Center for American Progress, a progressive think tank, estimates that 5.5 million more American women would be part of the national workforce if policies such as paid family leave were established. The report concludes that the United States leaves $500 billion on the table by having inadequate labor market policies, since they cause women to leave or and stay out of the workforce to raise families.

But as a blog post on Fairygodboss, a site that works like Yelp for women’s experiences at a company, states: “Many women don’t know their company’s maternity policies until they actually get pregnant. Until then, most large company employees assume the maternity leave will be fair, or at the very least, easy to get straight answers about...And even companies offering reasonable benefits don’t make it easy to uncover what they actually are without exposing oneself to assumptions or your personal life.”

Unfortunately, if corporations don’t lead the charge on this, America’s employees still don’t have a legal framework to fall back on.

The United States’ lack of mandated paid leave means we lag countries like Pakistan and Afghanistan on requiring even a basic paid maternity leave plan. In her presidential bid, Hillary Clinton advocated for mandating 12 weeks of paid leave, which would represent a step forward for a country where one in four mothers go back to work a shocking 10 days after giving birth. Clinton’s rhetoric offered some hope that we were becoming a bit more like the rest of the world.

Although Trump mentioned a six-week paid maternity leave plan during his presidential campaign, he didn’t make clear how this would be funded, or give any other details. Given Republicans have generally not supported paid leave in the past, especially paid paternity leave, momentum for a federal policy around the issue will likely fizzle out under his administration.

Furthermore, while maternity leave is crucial, only offering leave to birth mothers puts the onus to raise the child on women. This not only exacerbates the gender wage gap, but perpetuates a society where fathers don’t participate in child-rearing, while adoptive parents and LGBTQ couples are left out of the equation entirely.

Washington state, once the trailblazer in passing paid leave, has fallen woefully behind. As previously reported in Crosscut, Washington became the second state — behind California — to propose offering new parents $250 of weekly benefits for up to five weeks for each birth or adoption in 2007. Following the 2008 recession, however, the program was postponed indefinitely. State voters also have approved a ballot measure that would require all employers to offer paid sick time off, starting in 2018. But the time off, which adds up to one hour of leave accrued for every 40 hours worked, wouldn’t be nearly enough for new parents. Besides, calling parenthood a “sickness” (pregnancy is often covered as short-term disability under insurance) is problematic in itself.

For now,As as our nation swings significantly more right, a modern, inclusive family leave policy that covers all Americans may not see light of day for at least the next four years. We are perpetuating an economic, business, and social crisis by not doing so.

If there’s anything this bitter, divisive election has taught us, it’s that we are living in two Americas. One America is made up of those lucky enough to work for the Amazons and Googles, who can afford to take time off to care for newborn children. But the more than 100 million Americans who don’t have access to paid leave are wholly at the mercy of their employers to make it available, in the absence of any political will to prioritize it.