Portland has what Seattle lost 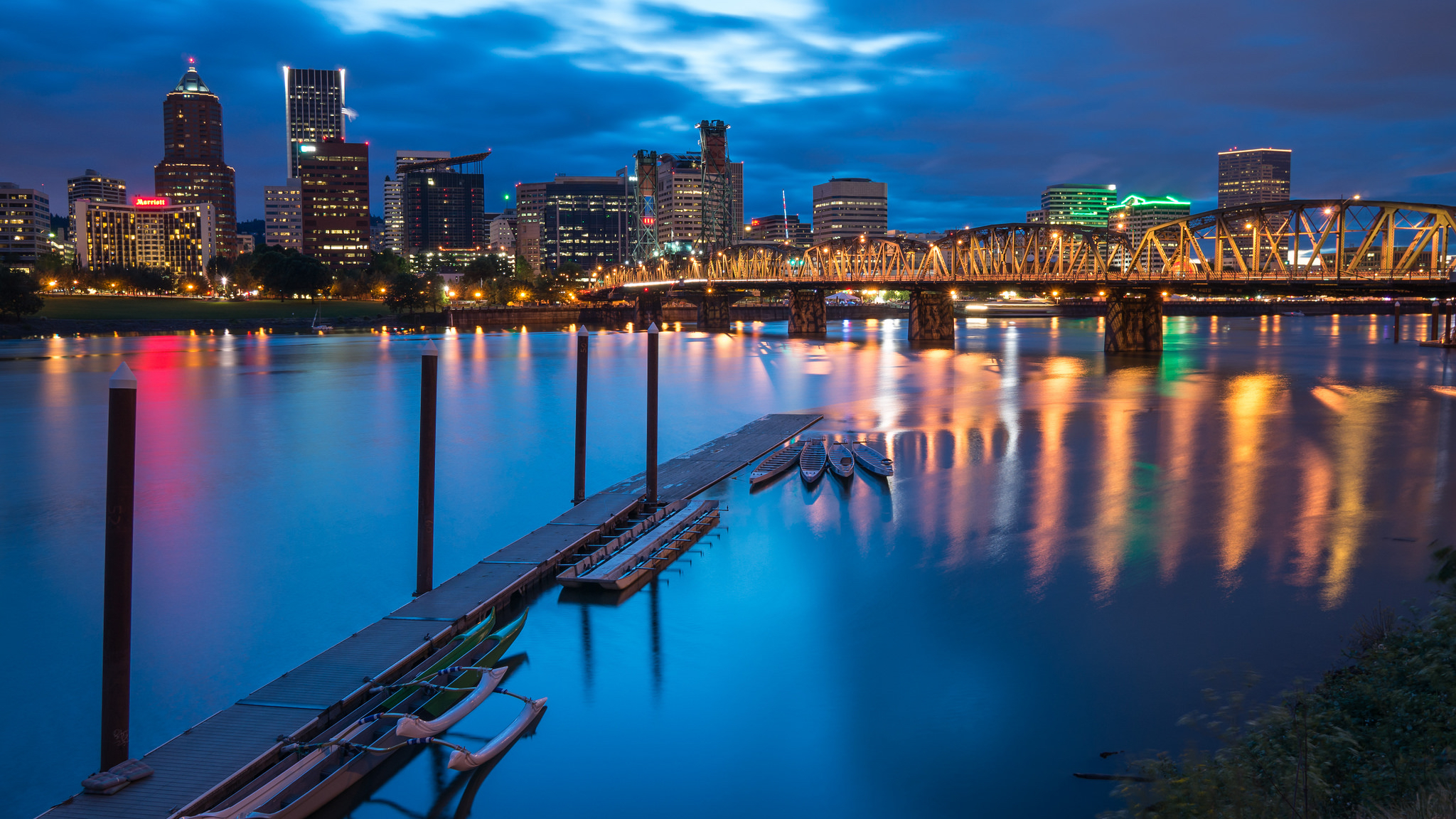 Downtown Portland and the Hawthorne Bridge

For a Seattleite, entering Oregon is like visiting a foreign country. It’s familiar, but an alternate reality. Here we pump our own gas, in Oregon they mostly do it for you. We don’t pay a progressive income tax, they don’t pay a regressive sales tax. Portland wanted to extend light rail to Washington, but we refused to build the bridge that would have made that possible.

The contrasts contributed to a mix of feelings I experienced on a recent trip to Portland. I’ve long felt a blend of superiority and affection for the Rose City, confident in Seattle’s preeminence, yet nostalgic for a fading Northwest way of life that’s still a felt presence there. And also a sense that they’ve gotten some basic things right that we’ve whiffed on.

Pre-Portlandia, the satiric TV program that captures the quirky, hipster city (and some say is ruining it), I would have told you that Portland is a grotty little river town. No insult intended, just the enduring impression that hits you when you drive in. It lacks Seattle’s spectacular setting — we got the full Rainier, Portland has the distant Hood. The Willamette River is crisscrossed with highways and ugly bridges and the industrial nature of the city’s relationship with the river still predominates. Imagine if the heart of Seattle was the Duwamish. The tangle of roadways includes a spaghetti of overpasses where paint is peeling and the concrete looks as if it is streaked with mildew.

It reminds me a bit of another regional river town. Cool old brick buildings still standing. Check. Revitalizing the center of the city around the river. Check. Cool old Craftsman neighborhoods. Check. It’s Spokane on steroids, and with more rain. But it’s also a mash-up of other Northwest cities. For every bit that reminds you of the Sometimes a Great Notion-ish Oregon of old — the mills, ships, stubborn folk of the old resource economy — you also have the hipster flavor you find in Bellingham and Olympia, comfy hippie college towns. A major part of Portlandia’s pitch-perfect satires must be the fact that co-star Carrie Brownstein of Sleater-Kinney was steeped in the Oly alt stew. Portland has been described as America’s largest college town, and that feeling pervades the town, even outside the Pearl District.

What’s to envy? The scale. It reminds me of Seattle in the '80s, even the '70s. The skyline has only a few cranes, unlike Seattle, which appears to be in the midst of an invasive migration of them. Portland is a city that doesn’t overwhelm. It feels manageable. Maybe more so given Seattle’s boom times. Compare the main downtown train stations: Seattle’s King Street, beautifully restored, is based on an elegant campanile of a merchant city, Venice. Portland’s has a tower too, but the restored station looks like a cool National Park lodge. Downtown Portland is flat, walkable and bikeable. The cyclists seem to ride with a greater sense of comfort, more like cyclists in European cities. And is it my imagination, or do the light rail trains move faster?

And then there’s the driving. Seattle’s roads are a mess: Maintenance is behind, massive construction creates constant barriers detours, the streets have a feeling of chaos, with risks high. Portland’s driving culture seems to operate on a consensus of courtesies Seattle’s now lacks. In Seattle, we have a mix of California, New York and old Ballard-style drivers disagreeing about the rules. I spent a fair amount of time stuck on Portland’s freeways, but I found people more willing to let people merge, change lanes, yield — and they expected a return courtesy too. Maybe it was a fluke, but I had the feeling Portland drivers agree on the basics. In Seattle, it’s survival of the fittest and many drivers seem to think they’re in a computer game.

I saw no armies of Amazonians marching through town. Cultural institutions seem intact, like Powell’s bookstore (the anti-Amazon), though Amazon is opening a brick-and-mortar bookstore there soon. I visited the headquarters of the Pendleton woolens company in the Pearl District, which has globalized a particular Northwest aesthetic. The foundation of their “software” is the weaving of beautiful Indian trade blankets for over a century. I also spent time at the Oregon Historical Society. It is accessible downtown, its research library easily reached without an appointment. Here, the Museum of History and Industry’s research facility is in an old showroom for granite countertops in a remote part of the Industrial area. A voter-passed levy funds Oregon’s society. A series of drinking fountains — charming historic bubblers — still keep people hydrated downtown. The city, unlike Seattle, seems to embrace its heritage more visibly, more palpably, perhaps because the residents are slightly older and historically more civic-minded.

Portland contrasts nicely with its Washington neighbor, Vancouver — hideously referred to in the magazine Vancouver USA as “the Couve” — which feels like a place of suburban striving along the lines of Bellevue in the '80s, with the Clark County sprawl to match. The Northwest culture of Portland calls; Vancouver needs work. That light rail turndown? Likely a huge mistake.

I have Seattle friends who have moved to Portland. It’s not free of challenges or faults. But its appeal, to me, is stronger than it used to be, despite the hipster stereotypes. For those who yearn for a kind of original Northwest urbanism — something laid back, smaller scale, yet culturally rich the way college towns are — the Portland allure is real.

I am envious that where Seattle so eagerly rushed to embrace “world-class” status, Portland still feels like a right-sized city from a livability standpoint. The foreignness of that is more distinct everyday for those of us who live in Seattle.