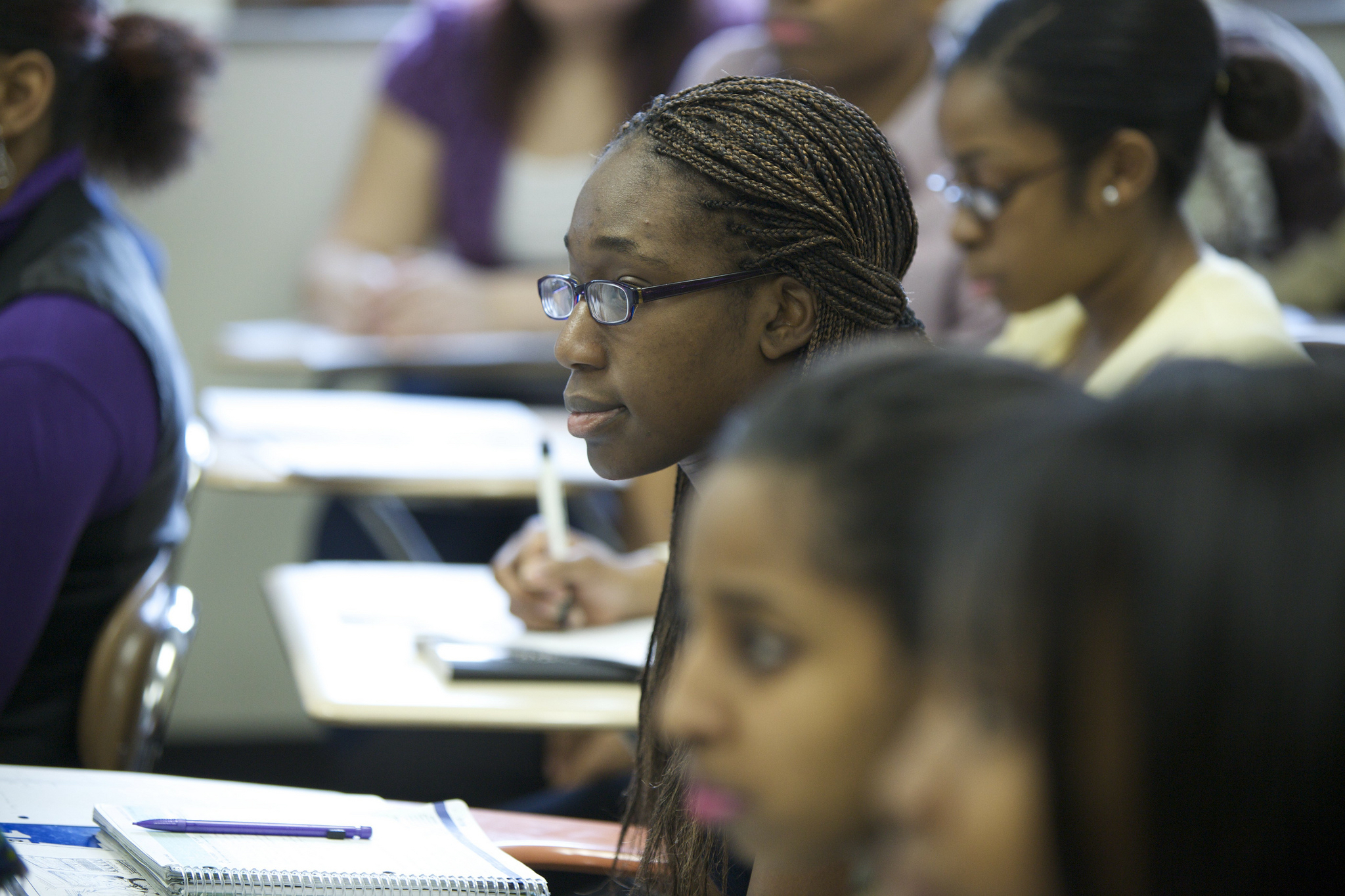 It's a multi-billion-dollar elephant in the room. Or not — because, unlike the proverbial elephant, this beast gets mentioned incessantly. So what should we call the state’s long-running McCleary court case on public school funding? The hippo? The rhino? The T. Rex?

Whatever it is, Gov. Jay Inslee, the state’s 147 legislators and both parties face one overwhelming fact: The state Supreme Court has told the state to fully fund basic education. The court expects tax-phobic politicians to conjure up as much as $3.5 billion per biennium.

On Oct. 6, the court reaffirmed that the state is in contempt of its order to come up with a plan to fully fund basic ed. The vote was a resounding 8 to 1. Virtually no one was surprised. "The state," the court said, "continues to provide a promise, 'we'll get there next year' — rather than a concrete plan."

Legislators are talking a good game about coming up with the overdue plan next year. But how is unclear. And that’s a longstanding pattern: Both gubernatorial candidates in the recent election acknowledged the Washington Supreme Court's 2012 ruling that the state is unconstitutionally shortchanging public schools. Both said they would make the funding problem go away. But neither was going to tell us how.

In the short run, the October decision means the court will keep fining the Legislature $100,000 a day. The court also clarified the timeline: Full funding must start on Sept. 1, 2018, but — as both sides at the hearing agreed — a detailed plan, a funding mechanism and legislative appropriations must be in place by the end of this legislative session.

So the Legislature that sits in January will have to solve the McCleary funding problem or — no one knows what the court will do.

By almost every account, though, resolving the issues around funding is critical to the state's overall efforts to improve and its ability to boost student achievement both overall and in emerging areas of emphasis like science, technology, engineering and math (STEM). And, while many of the issues around achievement have been seen as being particularly important to urban communities, some rural politicians have recently suggested that their schools need to be provide more equitable resources to provide young people good job skills.

Some people think the court has already over-reached. "This is the first year since the 1990s in which all three state supreme court justices up for re-election are facing opponents," Ballotpedia observed. "At least one justice in every election typically runs unopposed, but this year all three incumbents have drawn challengers. Republican state Rep. Matt Manweller said he and other lawmakers actively recruited candidates to run against the justices. This is partly because of the court's decisions in the ongoing school funding case, which the court has drawn criticism from both Republicans and Democrats." Despite rumblings, though, the Legislature has generally concluded it must go along if for no other reason than that parents would be furious at a refusal to accept the court’s rulings in favor of their children’s needs. All three incumbent justices won re-election handily — even Charles Wiggins, who was the target of last-minute ads funded by local billionaires unhappy about another school-related court case, a ruling against charter schools.

Eyeing the balky Legislature, the Seattle Times has encouraged the justices to hit 'em again. "The court,” the Times editorialized Sept. 5, “should set out concrete penalties that maximize the pressure on the Legislature and governor."

A Times news story also faulted Inslee for a lack of leadership on the subject. In a gubernatorial debate during the campaign, he — like opponent Bill Bryant — talked about McCleary with proper gravity. Neither proposed a plausible way to fund it. Inslee said he would use normal revenue increases for education and would look at closing (unspecified) tax loopholes. (He said he wouldn’t even consider an income tax.) While the Times has a legitimate point, it’s also legitimate to point out that no one else has done any better.

The issues in the case go back to the state's very beginning.

Washington's 1889 constitution famously says: "It is the paramount duty of the state to make ample provision for the education of all children residing within its borders." The men (yes, they were all men) who drafted the constitution in 1889 almost surely meant something other than the plain language. For most of the state's history, though, no one bothered figuring out what they meant. The language seemed basically aspirational.

State Supreme Court justices at the time faced a real-world problem and constitutional language that, on its face, left little room for doubt. In 1978, the court solved the problem by deciding that the constitution meant exactly what it said. The state had to pony up the money for at least "basic" education. The court, however, let the Legislature define basic education. The definition become, essentially, whatever the legislators wanted to pay for.

Over time, levies crept up again. If state law didn't now cap the amount of taxes a school district can raise locally, the levies surely would have reached at least the levels of the 1970s.

In 2007, a group of parents, school districts and others, including a family named McCleary, sued the state, alleging that Washington was violating its own constitution by not fully funding basic education. A lower court agreed, but this was obviously a case that was destined for the supreme court. In 2012 the court ruled that the state was indeed violating its children's constitutional rights by not amply funding basic education.

The court did not change its mind about letting the Legislature define basic education. But it reasoned that in 2009, when — with much self-congratulation — legislators passed a sweeping educational reform bill, ESHB 2261, they did define it. They just didn't fund it. The legislation called for full funding by 2018. The Supreme Court told them to ante up

The court gave the state six months to come up with a funding plan. The state didn't. So, in 2014, the court first found the Legislature in contempt for failing to produce a plan.

Last year, the high court started fining the state $100,000 a day. That's a lot of money. But it represents perhaps 1 percent of the additional money that the state would have to generate every biennium to reach full funding. While it has been identified in the state budget, it hasn't actually been paid to anyone or even kept in a segregated account. And, needless to say, not one cent of it has been extracted from legislators' own pockets.

The state asked the court to dissolve the contempt order and lift the sanctions, and on Sept. 7, the two sides appeared before the court in a hearing.

The plaintiffs' attorney, Tom Ahearne, pointed out that the state didn't even know how much full funding of teachers’ salaries and benefits would cost, much less how it would raise the money to pay for them. Ahearne also noted that although the state said it had fully funded transportation and supplies, it meant that it was complying with its own formulas for dispersing money — not that it was picking up the actual cost.

The state's attorney, Deputy Solicitor General Alan Copsey, had a tougher job. He had to argue that no cost numbers plus no funding mechanism somehow added up to one "complete" plan. Not surprisingly, the justices — who presumably learned math before education was so poorly funded — didn't buy it. "A call for further study and recommendations," they said, "does not constitute a plan."

On the campaign trail, Inslee pointed to the billions of additional dollars the state is already spending on schools, and cited the creation of all-day kindergarten and the reduction of K-3 class sizes as signs of progress. At the September hearing, though, Ahearne noted that the state hadn't paid for the extra classrooms that all-day kindergarten and smaller classes will require. The state argued capital costs weren't its problem; in other words, unfunded mandates were a perfectly legitimate way of discharging the state’s constitutional duties.

If the next Legislature doesn't come up with an adequate funding package — whether or not it's adequate may consume more years of litigation — the court's path forward isn't clear. The plaintiffs have suggested that the court could do as supreme courts in other states have done and temporarily invalidate all the state's education laws, so that if legislators don't act, they'll have to take the heat for shutting down the state's public schools. Or the court could temporarily invalidate all state tax breaks. That would expose legislators to a different sort of heat.

But maybe it won't come to that. Chief Justice Barbara Madsen said at the September hearing that she was "frustrated." She's not the only one.

Can the next Legislature channel that frustration into cold cash? Stay tuned.