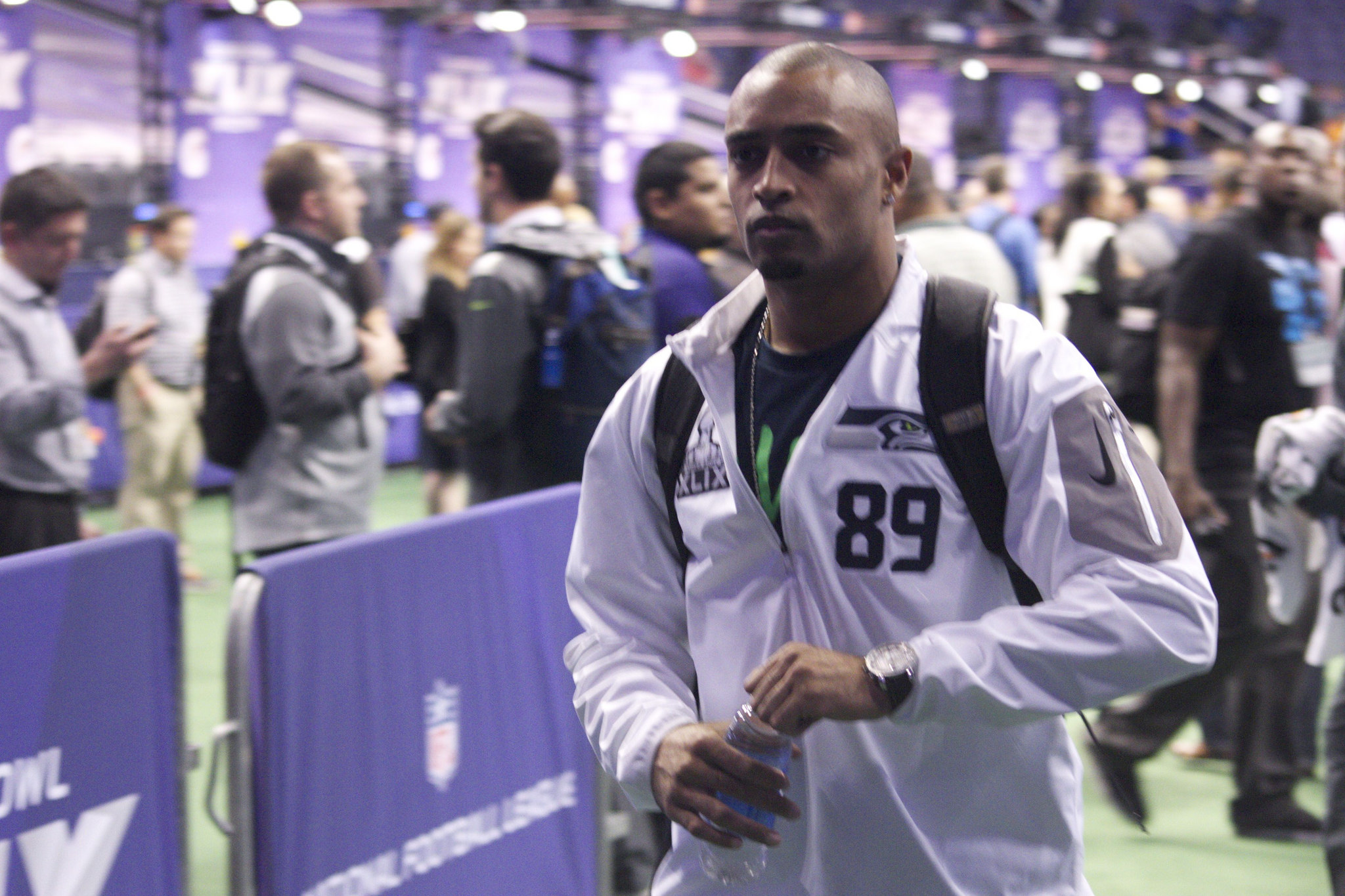 This story originally appeared on SportspressNW.com.

A child of the South and the son of a cop, Doug Baldwin has a rare perspective about the presidential election that he was willing to share Wednesday in the Seahawks locker room, which was operating like a lot of workplaces the day after Donald Trump became president-elect — straining to be normal.

"A lot of the things we had seen in the past few months (in the campaigns) brought a lot of old emotions, old feelings, growing up the South and being in a more conservative area," he said. "It resonated pretty painfully that that's what our country wanted. To move in that direction is disheartening to some degree."

Baldwin sat at his locker in front of several reporters talking quietly, without emotion or histrionics. He was working his way through what is one of the pivotal moments of American history: A reality-TV star with no previous record in government or military service who won the world's most important job based almost entirely on a platform of fear.

"My personal opinion," Baldwin said, "is as we've grown as a country, we've allowed our fears, doubts and questions about things we don't know, to become more divisive (rather than) uniting us as a country. We've taken facts, knowledge and information, and the importance of that, and replaced it with just our beliefs of what we should fear. Or the beliefs of what our problems are.

"Those (fears) seem to resonate more than the voices, ears and eyes of people in our culture, more so than facts."

As with many who didn't vote for Trump, Baldwin could have ranted, taking the discussion many ways. But as man of reason and faith — hey, he's a little guy who catches passes in no-man's land over the middle; he'd better think ahead — he has a specific point.

Since the outcry over police shootings of unarmed African-American men spawned silent protests by athletes before national anthem renditions around the country, Baldwin has attempted to do something.

Boosted by support from state Attorney General Bob Ferguson, Baldwin seeks to use his high profile to bring police and communities together to talk it through. As the son of a career police officer in Pensacola, Florida, and an African-American, Baldwin brings some cred to the task of bridging the gap.

The task, he said, was made harder by the acrimony and despair surrounding Trump's views.

"At times, it's been divisive because of the political conversation — what has been going on in the election," he said. "Now it's become more divisive. It's discouraging, at some point. But the fight must continue."

He takes some comfort from the majority political persuasion of Seattle and the state.

"I think for the most part Washington state has been progressive in that regard, in terms of changing the culture within the police dynamic in terms of performance and training," he said. "I don't think it'll change that drastically, but I do expect more of a pushback [now] on the changes we're seeking."

Baldwin indicated he had inkling about the election upset from a recent TV show that interviewed Trump supporters. A person interviewed explained that that Trump had a lot of "leaners." Asked what that meant, the speaker said, "People who lean in and say, 'You know, I don't want to let anybody know, but I think I'm gonna vote for Trump.'"

Trump's success has blown that cover. Baldwin thinks it might help a little.

"It's an opportunity for us as individuals to educate ourselves more," he said. "To join together more and have the difficult conversations. What I've been seeing and discussing with teammates, and people outside the locker room, is more of a divide in this country than we want to admit, in terms of race and all kinds of things. We've been trying to hide it for so long. This brings it to the forefront.

"If there's a silver lining to me, it's that this conversation about what progress truly looks like."

Answering a question, Baldwin said he didn't think the election would have an impact on the locker room.

"I honestly believe that the locker room, especially the football locker room, is a unique dynamic in the way we handle relationships and problems," he said. "We're really, really close. You can't get away from it. You can't run from it because you gotta come to work.

"When we have disagreements, or issues, we have to address it right away, because we can't allow it to linger if it can impact our play."

Baldwin had no particular forecast for how things will play out.

"This is the time for us to unite and educate ourselves, and get as far away from negativity as we can and start moving forward in a positive way," he said. "What that looks like, I don't know exactly yet, but the conversation is being had."

Nor does anyone else have an idea about what's next. Except that the Seahawks play the Patriots in Foxborough, Massachusetts., on Sunday. There is relief in the small things.