Seattle’s suburbs: Up for grabs on Election Day 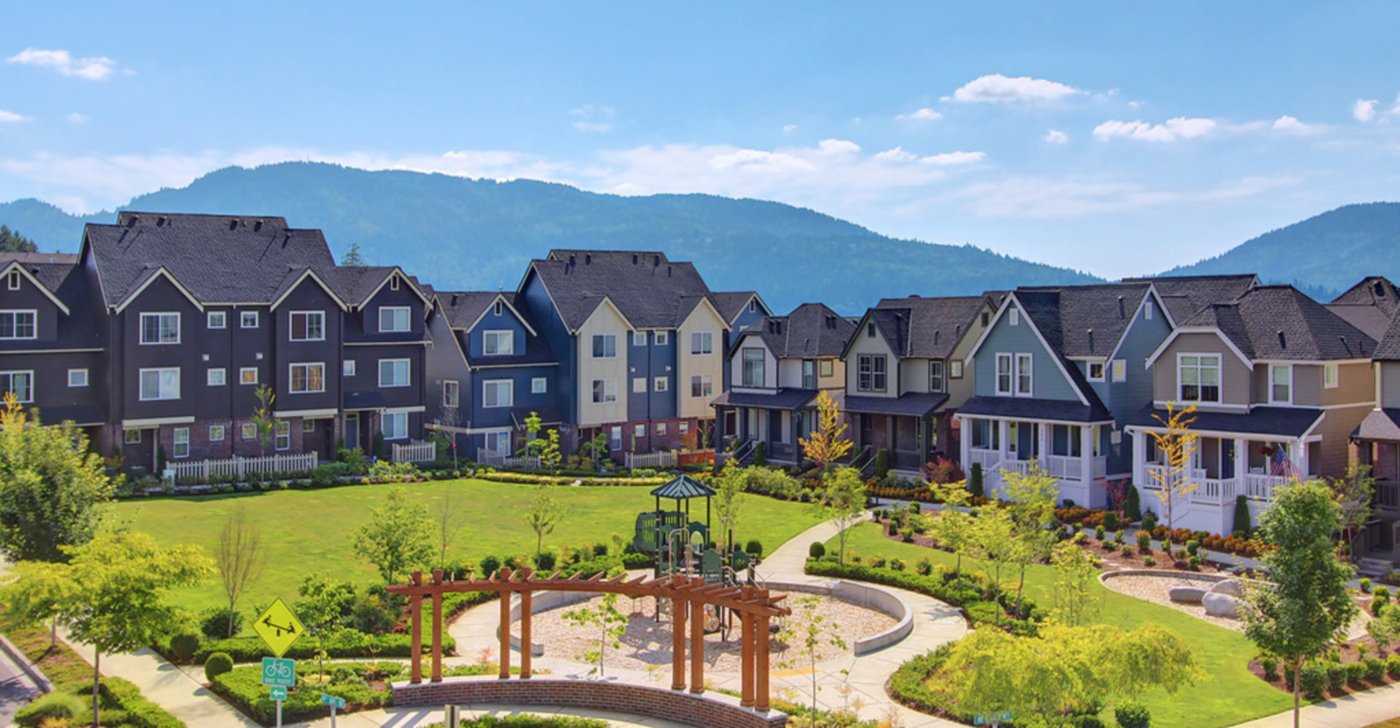 Highlands Square in Issaquah, part of the expansion of Seattle's suburbs in recent years.

It’s been a dozen years since then-state senator Barack Obama’s “there is not a liberal America and a conservative America” speech to the Democratic National Convention, which lamented the concepts of red states and blue states. But rather than bridging divides since then, the United States has just spent 2016 in the throes of the most divisive, nasty, bitterly partisan elections in recent history. Sometimes it feels like there’s no “middle” at all anymore.

For those looking to take a break from that feeling, maybe it’s time to head out to Seattle’s suburbs. The swing 5th Legislative District could determine which party runs the up-for-grabs state legislature during the next session, and it’s one part of the state where blue and red finally bleed into purple.

The 5th LD, which includes Issaquah, Maple Valley, North Bend, Snoqualmie, and the stretches of more rural land in between them, “is definitely a ticket-splitting district,” says Paul Graves, a Republican candidate running against Democrat Darcy Burner for state house. The district has been sending a Democrat to the state senate and two Republicans to the state house for the last four years. The politicians running here often studiously avoid partisan language, and both sides feel like they have a shot.

Graves is a small-town Republican who grew up in Maple Valley, but also commutes by bus into Seattle every day, and says he “was for marriage equality before it was cool.” And no, he’s not supporting Donald Trump.

“I thought about not running at all this year, because I saw what was happening nationally,” he says of the toxic political climate. “With my party, with both parties—it’s just nasty, and bitter, and mean. That’s not who I am.”

In the end, he decided that “this year of all years is the time to fight for the better things, like decency, common sense, and reasonableness.”

Democratic house candidate Jason Ritchie is a small business owner who doesn’t favor an income tax; he calls the idea “anti-business.” But he supports Initiative 1433’s effort to raise the state minimum wage, so that people have more money to spend at local businesses. And he’s a gun owner who favors the extreme risk protection orders in Initiative 1491, calling it a “reasonable” restriction on gun purchases.

Ritchie’s opponent, six-term Republican state representative Jay Rodne, has gotten into hot water over comments he made about Islam after the Paris attacks last year. After calling Islam “incompatible with Western civilization” and “medievalism” on social media and calling for Americans to “arm yourselves,” he later said his comments were taken out of context—but stopped short of apologizing or walking them back.

The Rodne campaign did not respond to a request for an interview, but the state Democrats have accused Rodne of bigotry and Islamophobia, and Ritchie calls the comments “hurtful,” especially to Muslim residents in the district. Ritchie mentions a Muslim father at an early candidate forum who was concerned, given the political climate, about whether his wife was safe wearing hijab to the local Target in Issaquah.

Ritchie sees his district’s population growing and shifting; according to recent census data, Issaquah grew at an even faster rate than Seattle from 2010–2015. “It’s demographically changed quite a bit,” says Ritchie. “My son’s school, Challenger Elementary, it’s like the United Nations. It’s beautiful.”

Democrat State Senator Mark Mullet, who’s campaigning to keep his current seat, isn’t surprised the 5th LD is getting a lot of attention. His race could help shift control of the state senate, which is bringing out the big money—nearly $1 million raised between Mullet and his opponent, current Republican state representative Chad Magendanz, and more than $1 million in independent expenditures.

“I’m used to it,” laughs Mullet of the media focus and major spending by outside groups. “I was a little blindsided by it four years ago, but this time around I knew it was coming.”

Mullet is another Democratic small-business owner — he owns Zeek’s Pizza and Ben & Jerry’s in Issaquah— and touts himself as a fiscal conservative who “sign[s] the front side of paychecks every two weeks.” He also opposes a state income tax.

As evidence of how “purple” the 5th LD can be, opponent Republican Magendanz, in his recent race for state house, managed to get endorsements from both the National Rifle Association and Planned Parenthood. (Planned Parenthood endorsed Mullet this year.)

This is why Ritchie bats away classic partisan attacks, like the good old “tax-and-spend Seattle progressive.”

At least in the 5th LD. There’s even a noticeable touch of humor to the campaigns out here, as serious as the issues are—from Magendanz’s yard signs that look like a Häagen-Dazs ice cream label (it’ll helps you pronounce his name), to Graves’s campaign hashtag #IDigGraves and Mullet’s #BringBackTheMullet.

And while the whole world seems ready for the brutal national election to be over, there’s at least one 5th LD resident who’s truly enjoying these last few days: Arthur, Mullet’s dog, who has been accompanying the state senator on his daily route of knocking on voters’ doors this election season.

“Arthur is the only living, breathing creature in the United States of America who’s going to be sad that the election is over,” laughs Mullet. Why? “He’s not getting three-hour walks every day, after November 8.”