The environmental arguments for ST3 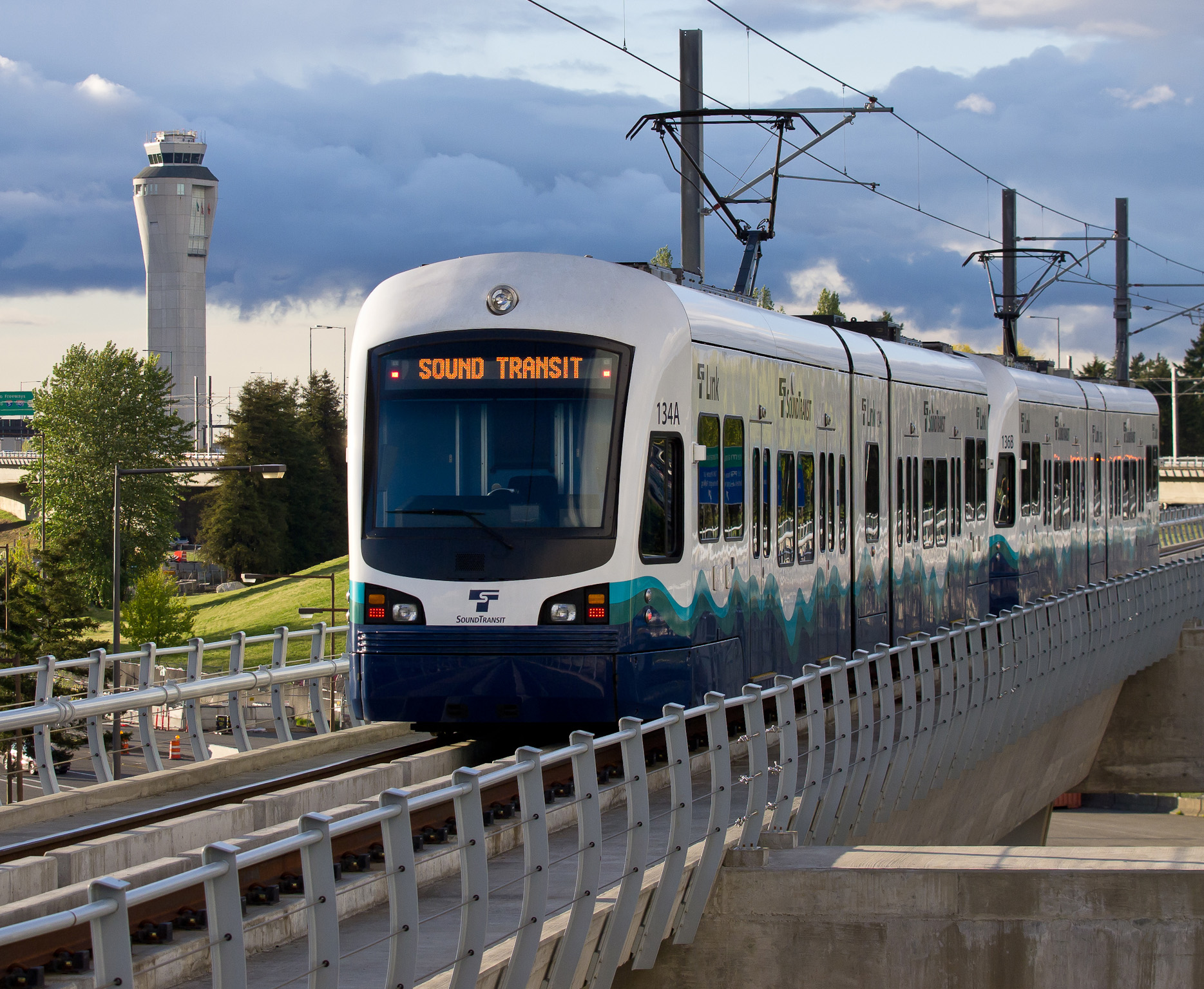 A version of this post originally appeared on The Urbanist.

The Seattle urbanist community got a little surprise this weekend when Alan Durning – executive director of Sightline Institute, a progressive think tank  – criticized ST3 on his personal blog, casting some doubt over whether it was a solid package for the environment. Specifically, Durning thought ST3 did not do enough to encourage density, and could lead to more sprawl, a losing proposition for reducing carbon emissions. Durning is well-respected in the urbanist community, and his comments created a stir, to the point he eventually deleted them.

But looking at the details, ST3 would represent a huge step forward for carbon reduction and more sustainable land use.

Critics like Durning have highlighted that several of the stations are built on or directly adjacent to freeway trenches, which decreases their ability to get to a station by foot and likelihood of encouraging dense urban development. Valid point, but not reason enough to scrap the largest transit boost in Seattle history. It also overlooks that the Ballard and West Seattle lines will not be in freeway trenches.

It’s also worth noting some of the most promising Snohomish County stations are not in the I-5 freeway trench. Furthermore, the Snohomish station areas are already fairly dense in contrast to Durning’s portrayal of them as hopeless suburban wastelands. Roughly 10,000 people live within a half-mile walking distance of the proposed Mariner Way station on the edge of Everett. That’s a dense neighborhood for 2012, and it will be even more so by 2030’s when the station is operational.

It’s important to remember most cities have been good at zoning for growth and vibrant urban districts near stations. Bellevue, Redmond, Shoreline, Kent, Lynnwood, and Des Moines already have implemented aggressive rezones ahead of the Link’s expansion to their territories. Lynnwood, for example, would permit 350-foot towers near its station. If ST3 passes, similar rezones are likely in Everett, Federal Way, Tacoma and Issaquah.

Light rail is the kick municipalities need to think big. Saying yes to ST3 sets the whole region on a much better land use pattern trajectory for decades to come. Trying to start from scratch piece- by- piece does not lend lawmakers that kind of certainty and confidence and could leave us with worse land use habits over the long term. Seattle can’t take all of the region’s population growth – projected to be more than a million by 2040–even if we tried. We need the suburbs to urbanize, too.

And quick note: we can both fully fund education and pay for ST3. If legislators didn’t want Sound Transit to use property tax and sales tax authority, they shouldn’t have passed the transportation bill authorizing just that. Olympia makes the rules. They’re the ones holding back education funding, not ST3. They are more likely to make progress on that front with ST3 rather than without it.

Some argue places like Tacoma and Federal Way are not worthy of “prestige projects.” like ST3 builds. But some of the same people call for greater equity for low-income communities. Do they not realize South King County and Pierce County include some of the most diverse areas in the region, and have a large share of its low-income residents due in part to the suburbanization of poverty?

For folks who cannot afford cars or choose not to own or operate them, ST3 is a huge mobility boost. A Harvard longitudinal study has also shown that commute time is the single strongest indicator of upward social mobility and escaping the cycle of poverty. As grassroots advocacy organization Seattle Subway has pointed out, more than 58 percent light rail riders make below the King County median income. Does the fact some low-income folks might have to transfer to light rail mean they won’t use it? By and large, I think not. That’s not how it works now.

Due to the aggressive zoning changes outlined earlier, station areas will likely be much more densely populated than in Sound Transit’s projection models. As a transit agency, it’s not in the business of quantifying cascading effects such as the number of people who will forego car ownership, given expanded light rail. I expect ST3 will save a lot more than 130,000 tons of carbon dioxide in 2040 and earn back its embodied carbon load many times over as its ridership grows and grows with the region. Over time, it will truly transform the region by guiding land use patterns and providing an increasingly enticing alternative to car commuting.

And finally, no argument against ST3 would be complete without echoing the rumor that buses can provide the same quality service more cheaply. Buses can approximate light rail service inexpensively only when it does not seek the same reliability and quality. Dedicated lanes, intersection treatments, high-quality stations, electrifying or using battery powered buses — these things are all expensive.

Heidi Groover said it best in her definitive takedown of anti-ST3 arguments: “In 2005, Sound Transit studied both light rail and bus rapid transit with its own right-of-way between Seattle and Bellevue. They found that the costs would be similar and ridership would be higher on light rail. Buses have a role to play in mass transit, but they’re never going to do what trains can do.”

As far as ST3 accelerating sprawl, Seattle’s suburbs have already demonstrated a desire to break out of their sprawl habits, as seen in the land- use changes ahead of light rail. Lest we forget, the Growth Management Act and VISION 2040 plan from the King County Regional Council are extra insurance policies to greatly limit the ability of the powers-that-be to bulldoze rural, resource, and natural lands. A “no” vote on ST3 is a sure way to unravel all of that and add fuel to the cries to expand urban growth boundary.

If we are truly focused on sustainability in this region, we need to think in terms of longer time spans. That means Sound Transit’s cost-benefit analysis, which shows ST3 isn’t a net benefit for the region until 2071, is actually quite OK. We should be thinking long-term to fundamentally transform our economy away from fossil fuels and the suburban sprawl machine. The amount of urbanization that some ST3 critics like Durning advocate for requires an ambitious transportation plan with long-term regional planning.

Sound Transit delivered. We should not turn our backs now. 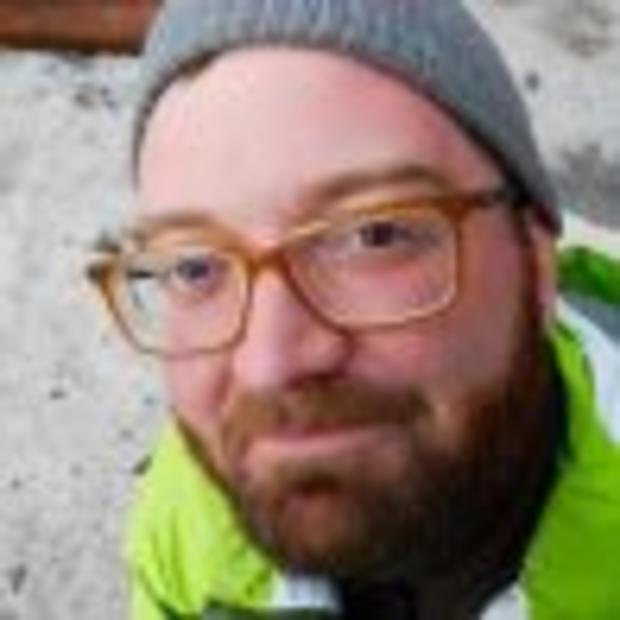