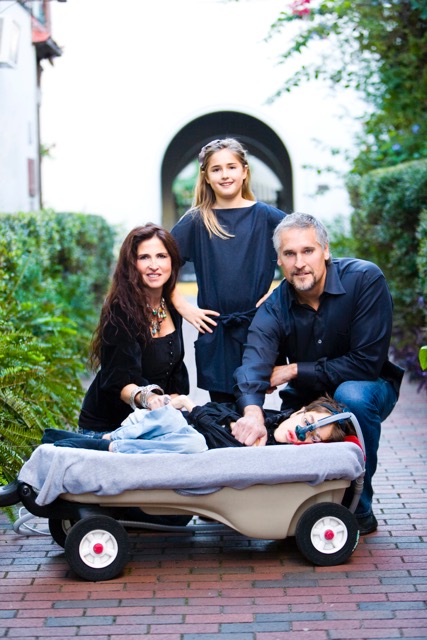 Physicians and researchers at the UW Medicine Institute for Stem Cell and Regenerative Medicine have partnered up with a nonprofit foundation in one of the leading efforts to find a cure or treatment for a rare neuromuscular disease called myotubular myopathy (MTM).

The inherited disease is almost exclusively found in males and becomes evident at birth. People with this condition, which becomes progressively worse with time, have decreased muscle tone, known as hypotonia, and muscle weakness, known as myopathy.

“This is a very rare disease that affects baby boys primarily as they are born floppy, they don’t have good muscle tone and most need assistance with breathing,” says Dr. Casey Childers, UW Medicine researcher and physician, and the co-director of UW Medicine’s Institute for Stem Cell and Regenerative Medicine said.

The UW has teamed up to work on the disease with the Joshua Frase Foundation, which is named in memory of a boy who died of it at age 15 in 2010. His mother, Alison Frase, who serves as director, started the foundation with her husband, Paul Frase, in 1996.

Dr. Childers and Paul Frase, a former NFL football defensive lineman who played with the Green Bay Packers in the 1998 Super Bowl, will both run Sunday in the Seattle Marathon to raise awareness and money for fighting the disease.

“We are running this marathon to honor Joshua’s courage,” Childers said in a statement. “The work we are doing together today will ensure we find ways to help other children who suffer from MTM live longer, healthier lives.”

There are several possible treatment methods for MTM, but all need more research before they can be implemented. This is why the Seattle Marathon runners will be running on Nov. 27 to raise money for the research.

The couple lost their son six years ago on Christmas Eve, after a decline in his health. They noticed that there was no research being done on MTM in the United States at the time of his son’s diagnosis, and so Alison was determined to use her husband’s “NFL platform” for good.

“Physically, Joshua in the last few years of his life, he was too weak to sit up on his wheelchair so in high school they allowed me to bring him up on a gurney and the nurses would push him from room to room,” Paul Frase says. “Cognitively, he was a national honors society student. He was brilliant kid; funny, and he would play Playstation with his buddies and tear them up. I dumbed him down a bit by making him watch 'The Office' with me.”

“There was no research being funded here in the U.S. regarding MTM,” Alison Frase says. “I knew that we needed researchers and money, but I didn’t have a plan. …We had no idea what we were going to find out, but I knew we needed to pursue this despite being against a time clock.”

In reaction, they started their foundation to fund research on the disease, as well as related neuromuscular diseases.

“The change starts with one child, one mother, one father, one family that wouldn’t take the death sentence from the doctors, but decided to go find answers,” Paul Frase says. “It’s a story of trying to inspire people to not give up and push forward and push the boundaries because there’s a lot more to learn once you push through the boundaries.”

It took the team of researchers 13 years, but they’ve begun to make progress. By 1999, there were discoveries and analyses made of several new muscle genes. By 2003, the gene expression patterns in normal and diseased muscles were analyzed to understand how weaknesses might be reversed. Researchers are currently working on gene therapy studies, and developing a protein replacement therapy for those suffering from the disease.

“For the first 12 years we were kind of just asking people to invest in a dream in hopes that we could figure something out for our kids,” Paul Frase says. “In the last five to six years, we’ve been able to say, your money and investment will be the cure for these kids.”

“We see the tangible outcome of the funds on a daily basis,” Alison Frase says.

Most promising, according to her husband, is a gene replacement therapy program, which he calls “a very powerful, robust proof of concept in the preclinical stage, which we believe will translate to these kids." Childers and associates published a paper in 2014 on gene therapy work done on canines that showed significant benefits and longer lifespans. Neurology Today described the therapy as having dealt with almost all of the effects of the disease in both dogs and mice.

But the gene therapy will likely not be appropriate for every child. Alison Frase says she will not stop until she finds two to three other options to help children with MTM.

As they look ahead, they see further progress. “We are rewriting neuromuscular research history," says Alison Frase, "right here as we know it.”