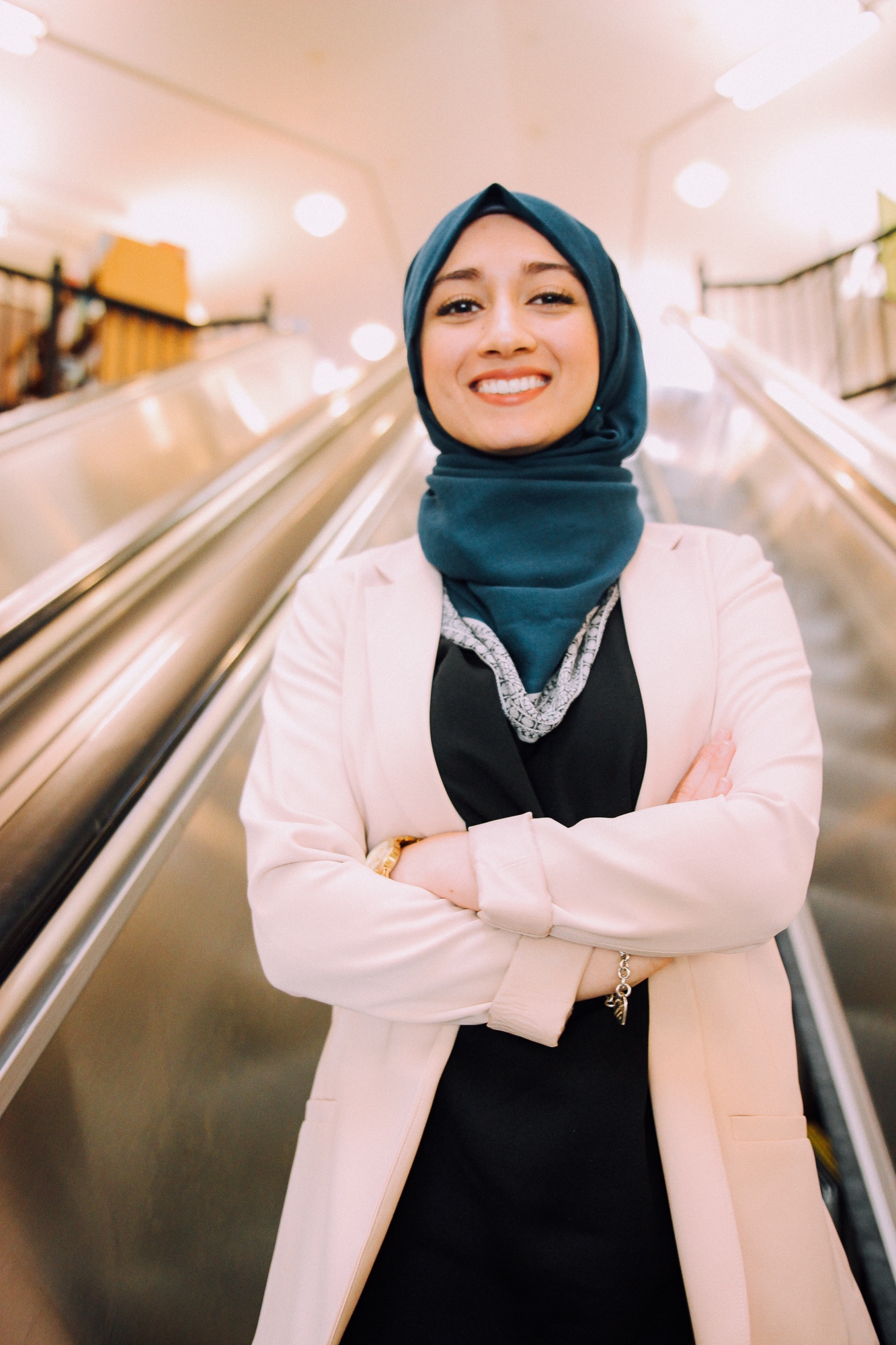 As the election approaches, a UW student is thinking a lot about her big role: As a member of the state's Electoral College delegation pledged to Hillary Clinton, she is in position to be one of the people with a direct role in the formal selection of the next president.

Varisha Khan attended the Democratic National Convention as a delegate for Sen. Bernie Sanders, but she has no qualms about casting her Electoral College vote for Clinton, who is expected to sweep to an easy victory in Washington state.

National attention has focused on the state's slate of Clinton-pledged electors after one, Robert Satiacum, said he will refuse to cast his vote for her, and another said he was considering his options. It's the Electoral College that actually selects a president and vice president, unless no candidate receives a majority of the college's votes. The choice would then go to the U.S. House of Representatives.

“It’s been an interesting election cycle without a doubt,” Khan says. Of the talk about Satiacum and the other elector, Bret Chiafalo of Everett, she says, "I think that it raises the stake in an already high-stake election." She says the prospect of people failing to uphold their pledge to support the Democratic candidate might open the door for "an extremely unfit" candidate — meaning, Trump —  to become president. On the other hand, she says, "It shows that there’s work to be done for the Democratic nominee and for the party to be fully representative and inclusive of the people.”

Khan is a senior at the University of Washington and is double majoring in Journalism and Political Science. The Woodinville High School graduate is also the Middle Eastern Student Commission director for the Associated Students of the UW, where she raises awareness about the issues faced by the UW’s Middle Eastern student body.

Khan, a native of Dallas, says her religious background and young age, which both appear to be somewhat unusual among electoral delegates, have helped shape her thinking, along with her American citizenship.

"I mean this is the only country that I know. I was raised here. This is my country.”

Assuming Clinton wins the vote, Khan will be the Electoral College member for the 1st Congressional District, which includes Woodinville, much of the Eastside, and parts of Snohomish, Skagit and Whatcom counties.

“For me personally, I plan on fulfilling my obligation to the people of the 1st Congressional District who voted for me by voting for their choice of president, which looks like is going to be Hillary,” Khan says.

“My drive as an elector, a recent delegate and a political science and journalism student at the UW came from my parents who taught me prophet Muhammed's teachings about Muslim pursuing higher levels of education and give back to society,” Khan says. “Inspired by my faith,  I plan to fulfill my obligation to the great people of the 1st Congressional District by voting for their choice of president.”

Electors in Washington who break their pledge can be fined $1,000.

Khan intends on spending tomorrow night with her family, as she has every other election year.

“My parents encouraged me to be an ambassador of my faith,” Khan said in her speech. “They taught me to be humble and grateful for God’s blessings. They taught me to have faith in God, no matter how hard the hardships were in life. I believe in America, and I’m proud to be an American Muslim.”

Whatever happens in the election, she says there is more for her and other Americans to do.

“There’s been so much rhetoric in this election that has been pretty damaging as well on a number of levels,” Khan says. “I think that no matter who wins the presidency, it’s important for each American to hold our future president accountable for holding the values we believe in as individuals and as a nation, which means that our job doesn’t end on Nov. 8." Or, in her case, when the 12 state electors cast their votes, which is scheduled for Dec. 19.