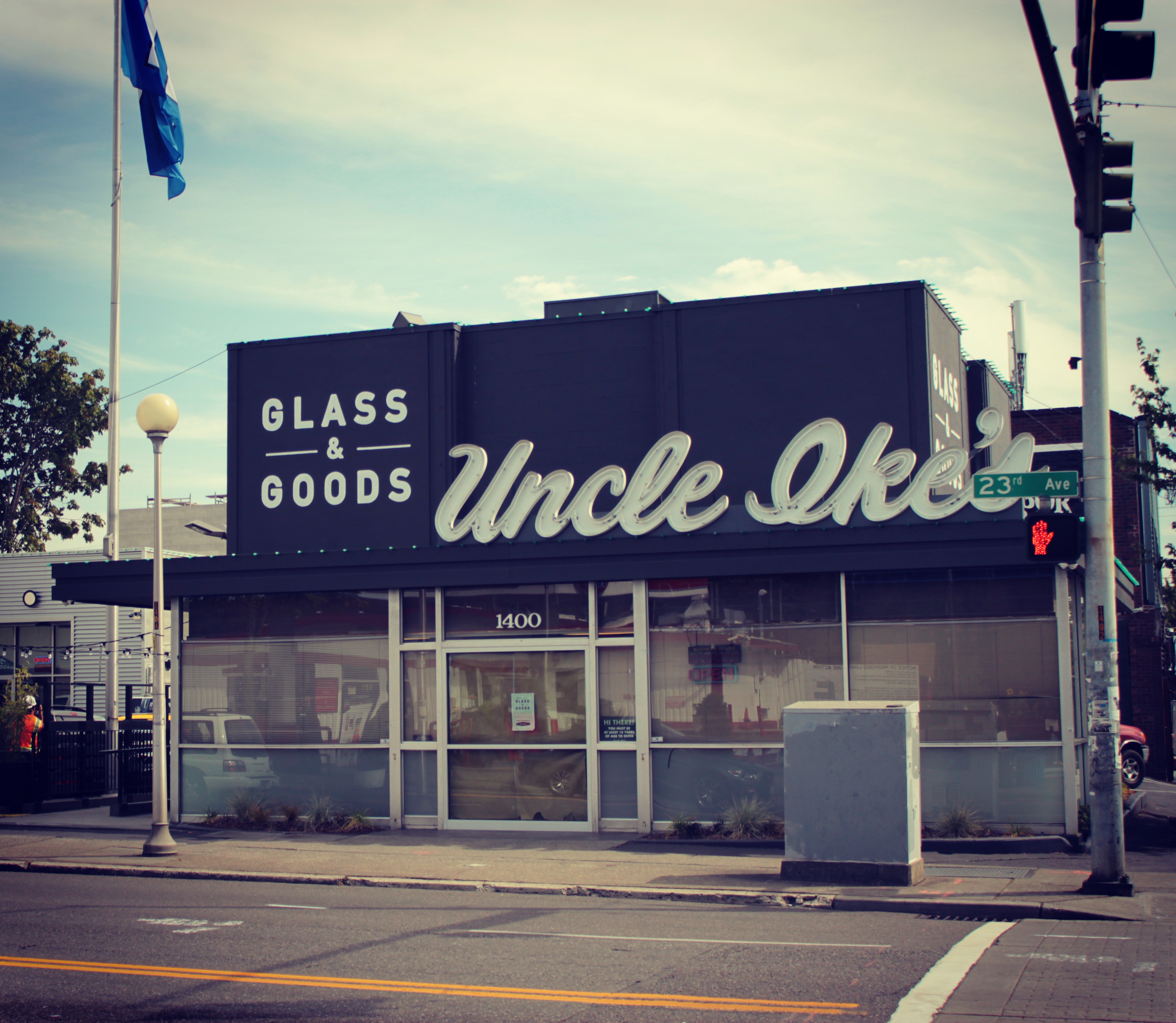 One of the major campaign promises of cannabis legalization was to begin undoing some of the damage of the War on Drugs in minority communities. But while the new recreational market has reduced cannabis-related arrests, it hasn’t created wealth in those communities. White people are getting rich off the "Green Rush," while minorities are often shut out.

Bill Piper, Senior Director of National Affairs at the Drug Policy Alliance, believes the legal cannabis industry is hurtling toward racial stratification, noting that only about 1 percent of dispensaries nationwide are owned by people of color.

“One of the things I worry about is that there’s essentially two markets,” Piper wrote in a recent article. “One market is the legal market which is really, really, really hard to get into, and then there’s the illicit market which has existed for hundreds if not thousands of years, which is going to linger on for awhile.

“I’m very worried that we’re going to end up in a situation where there’s one market for white people and another market for people of color.”

This sums up much of the animosity toward the market in Seattle, which has manifested in the form of repeated protests at Uncle Ike’s, a popular white-owned pot shop in the Central District, a historically African-American neighborhood. And, more specifically, on a corner where plenty of African-Americans have been arrested for drug crimes.

But Ian Eisenberg, the shop’s owner and everyone’s favorite bogeyman of Seattle cannabis gentrification, is not exactly a racist troll. He’s your typical genial, personable businessman, albeit one who occasionally jokes about hitting the vape pen after a long day at the office. He employs — and gets along swimmingly with — numerous minorities.

However, as a white man with preexisting wealth, he is also uniquely situated to benefit from the tightly restrictive structure of Washington’s cannabis market. Eisenberg has not been shy about his aggressive pursuit of success in the cannabis industry and use of money and regulatory savvy to achieve it. He didn’t earn the “Brash King of Pot” title for nothing.

Further, he is open about the fact that he was not one of the original winners of the state’s licensing lottery, instead buying a controlling interest in another business that did win. Eisenberg has gone to great lengths to compete with rivals, even once opening an arcade in hopes of invalidating a competitor’s license. Though many call his business practices into question on ethical grounds, he operates within the letter of the law.

And that, perhaps, best illustrates where the problem lies.

Until recently, the fact that minorities are underrepresented in Washington canna-business ownership was discussed more in terms of impressions, a lack of diversity at the industry mixers and conventions where pot poobahs congregate. As such, it was easily dismissed by policymakers and pot shop owners alike.

Now, thanks to a cleverly targeted public records request by Bob Young at the Seattle Times, there is data to confirm everyone’s worst suspicions: at the ownership level, the level where real money is being made, the Washington weed industry is overwhelmingly white.

Young, knowing that the state does not ask I-502 applicants for information on their ethnic background, instead asked for copies of applicants’ criminal background checks, upon which they are required to list their race.

Young’s article cites our state’s felony exclusion (no felonies in the past 10 years), high financial barriers to entry, and poor access to capital in minority communities as the root causes of the disparity.

Recently, Gov. Jay Inslee made a move that’s been interpreted as an attempt to combat this racial equity problem. Specifically, he appointed Ollie Garrett, who has been a long-time business development advocate in the African-American community, as a commissioner on the Washington State Liquor Control Board, which regulates the marijuana industry. The appointment was announced not long after Young’s front-page Seattle Times article was published.

Garrett’s background is almost too perfect of a fit for the issue to be a coincidence. She’s the five-term president of Tabor 100, an organization she described in a recent newsletter as a “unifying force providing much needed hope to those now disenfranchised and feeling the system is rigged to keep them from the success and prosperity others seem to enjoy.”

Reached for an interview, she made it clear that racial disparity in the cannabis industry was a major issue, and one she’d been hearing about for some time. She mentioned having several conversations with minority businesspeople who were having trouble getting licensed in the industry.

“My focus and priority going into my fifth term as president of Tabor 100 has always been to support women and minority-owned businesses where there’s disparity or institutional racism,” Garrett said, “and to dive into it to see where I can make a difference. That would be my goal even in this role: to dive into what’s going on, understand what I don’t know that I don’t know, pointing out where I see opportunities. And to come in and try to make a difference.”

While felony disqualifications, costs of entry, and access to capital are huge factors affecting minority canna-business ownership, Piper of the Drug Policy Alliance notes that limits on the total number of licensees are another major impediment to racial equity in the industry.

“If you only have 10 licenses,” he said, “the people with the best lobbyists and the most money are going to get those.”

That’s a fairly accurate description of how things have gone in Washington. To be fair, our initial licensing process was fairly egalitarian in theory. To get a retail cannabis license, applicants needed only put their names in the hat, which cost a mere $250. The state conducted a lottery, and any applicant who could pass a background check and prove that they’d secured a properly sited location could win.

In practice, however, the licenses still ended up with those who already had money.

Statistically speaking, that means white people. A recent Economic Policy Institute report found that the racial wage gap is at its worst point in four decades, and the racial wealth gap in King County is pronounced. According to a 2015 United Way report, the average local black family had $18,100 in net assets in 2013, while the average white family had $142,000. Considering that it costs $200,000 for a retail cannabis business in Washington just to get the doors open, according to the 2015 MJ Biz Daily market report, it’s no surprise that minorities are edged out.

“Retail has become whiter now because there’s limited space,” said Lorenzo Hughes, who is African-American and co-owns Panacea Cannabis, making him one of the state’s few minority entrepreneurs in the industry. “In the beginning, it was the lottery, if you won you won.”

But because the licenses were so coveted, wealthy investors were willing to buy them for hundreds of thousands of dollars.

“If you won the lottery, you literally won the lottery,” said his business partner Dave (who would only give his first name), “because you could sell that license for $300 or 400,000. And you could keep a percentage.”

For lottery winners, especially those with limited capital to start their own stores, this was often an offer they couldn’t refuse. Indeed, Eisenberg was not a lottery winner, instead obtaining his license by purchasing a controlling interest in a business that did.

The worst blow to minority ownership of canna-business, however, came with the passage of The Cannabis Patient Protection Act (SB 5052), the bill that merged the unregulated medical cannabis market with the existing recreational one. The law mandated the closure of the state’s unregulated medical marijuana shops, and called for a new batch of recreational licenses to replace them, setting up a priority system to ensure that the “good actors” of the medical marijuana industry got first crack at licenses.

However, the bill was written and promoted by the existing legal industry, and it wasn’t exactly a welcoming hug for medical marijuana businesses. 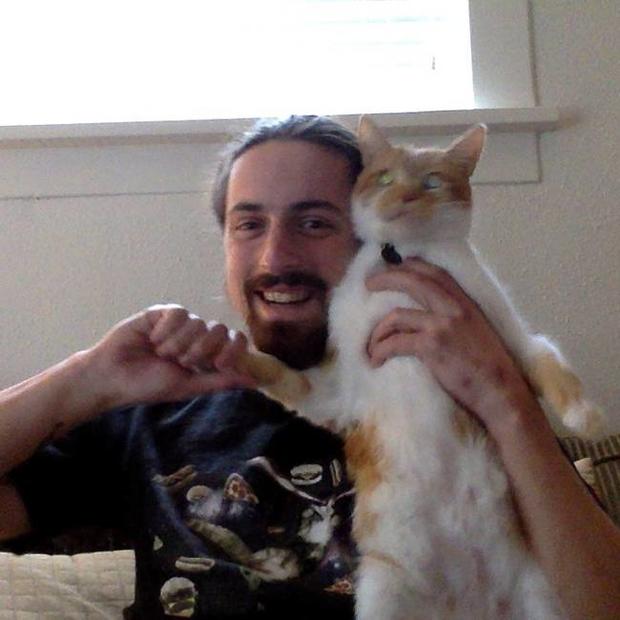