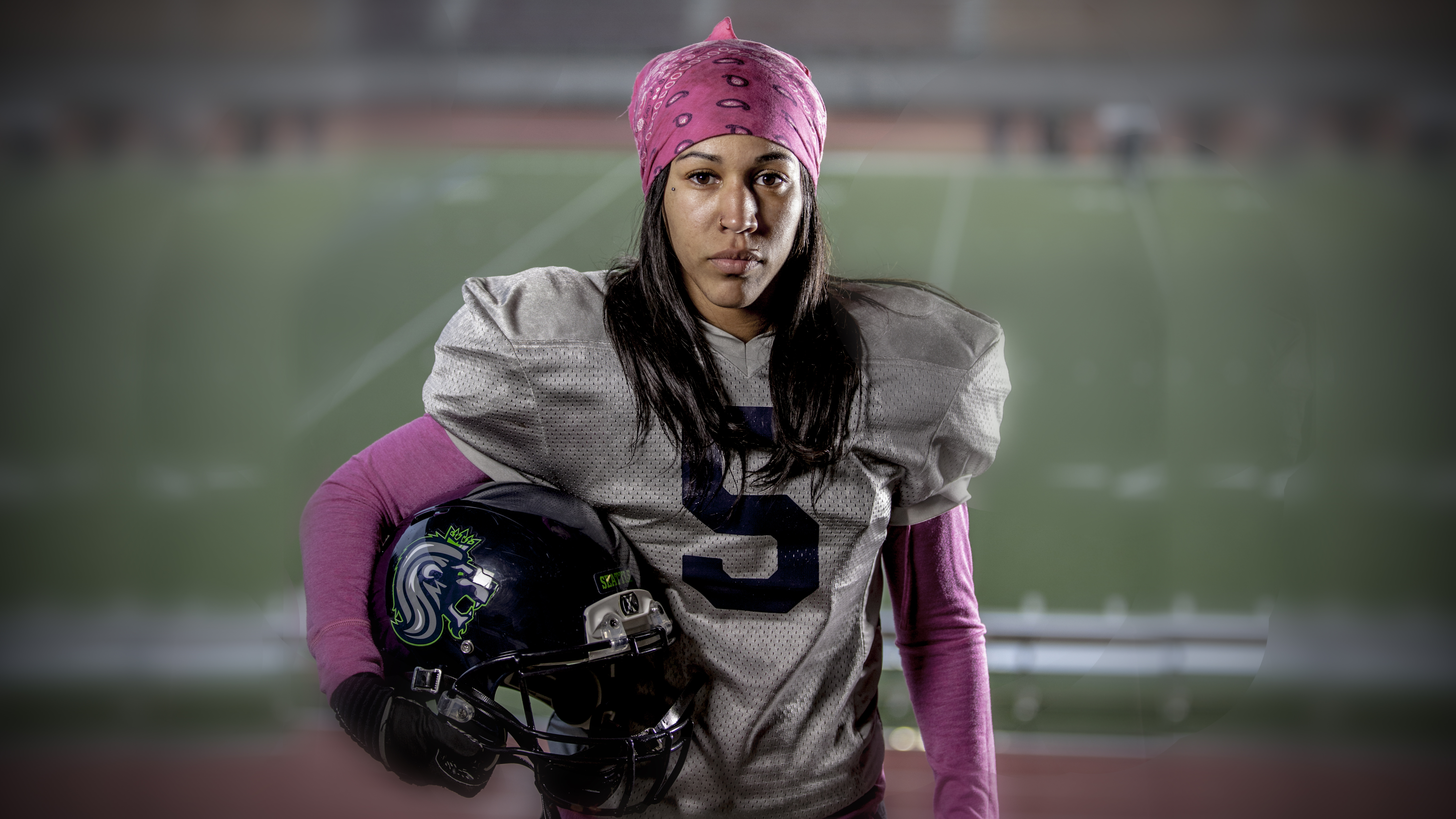 On Aug. 22, 2013, Toakase Tukutau was about to hit the rugby field at Kansas State University in Manhattan, Kansas, where she was awaiting acceptance. She was plugged into her music and getting ready to play when her phone rang. That’s about the time her whole world came crashing down.

Her 19-year-old cousin had been shot and killed outside a convenience store in Utah.

“We had a pact that, no matter what, we were always going to be tight, always be in contact with each other, so it was a hard hit to our family,” says Tukutau, who goes by the nickname Kase (“kah-SAY”). “I had talked to him a month before and he was saying he was getting married, so it went from planning a wedding to planning a funeral.”

Then she found the Majestics.

An all-women, full-tackle football team, the Seattle Majestics are part of a nonprofit league called the Women’s Football Alliance (WFA), which has teams across the United States, from Seattle to Dallas to Pittsburgh. Each year, Seattle’s women go head-to-head with teams from Tacoma, Everett and Portland, Oregon, as well as more far-flung places such as Salt Lake City, Utah, and San Diego, California.

The women playing for the Seattle Majestics don’t hold back. They go full force, and they hit as hard as men. They’ve gone undefeated for two years in a row. So far this year, their record is 2-0.

On a deeper level, though, the team is a tight-knit community, an outlet for players’ energy and a source of self-identity and pride. In a time when headlines shout about the damage football does to players’ brains and bodies, team members say the Seattle Majestics saves lives.

“When I found this football team, my life was in a dark dark place,” Tukutau says. “Football got me out.”

For Tukutau, joining the Majestics wasn’t a huge leap. She played for Lincoln High School in Tacoma all four years she was there. She was a starting player on the freshman team, then moved to junior varsity and eventually varsity.

There was no girls’ team; Tukutau played defensive line with the boys. And with her football pads and helmet on, she was mistaken for a guy more times than she can count. She’s Tongan, 5-foot-8 and rock solid, with long, dark, curly hair that sticks out of her helmet. She says her tough-looking exterior makes other teams scared of her.

But when she talks football, there is a gentler tone to her voice.

“Playing football is kind of like my air,” she says. “It’s more than an adrenaline rush to me, more than love for the sport, it’s life, and I can’t really explain the happiness that fills my heart when I’m playing.”

Outside of football, she is also doing better. On March 25, she graduated from the training program Apprenticeship & Non-Traditional Employment for Women (ANEW), which she found through Majestics teammates. She will pursue a career in carpentry.

Tukutau isn’t the only one whose life has been transformed on the gridiron.

Rebecca Samuelson had just moved to Seattle when she left an abusive relationship and lost her grandmother. “Everything was terrible,” Samuelson says. “I went down this YouTube rabbit hole one night, when the Seattle Majestics popped up as a ‘video you might enjoy next.’”

She spent the entire night absorbing everything she could find about the team (which wasn’t much) and realized that the final training camp of the season was the next week. So Samuelson left her comfortable 10-block bubble and drove to Kent from downtown Seattle.

“It was horrible,” she says. “I showed up with my softball cleats, it was freezing cold and one of the veterans knocked me on my butt. I almost didn’t come back.”

Samuelson, with her blonde hair, blue eyes and bubbly personality, doesn’t look like your typical football player. But today, on top of 55- to 60-hour weeks as a technical marketing manager at Galvanize, she spends about 14 hours working and playing for the Majestics as a defensive end. “Despite the drive in rush hour, despite not getting home until 11 and feeling like I’ve been hit by a truck, it’s weirdly worth it,” she says.