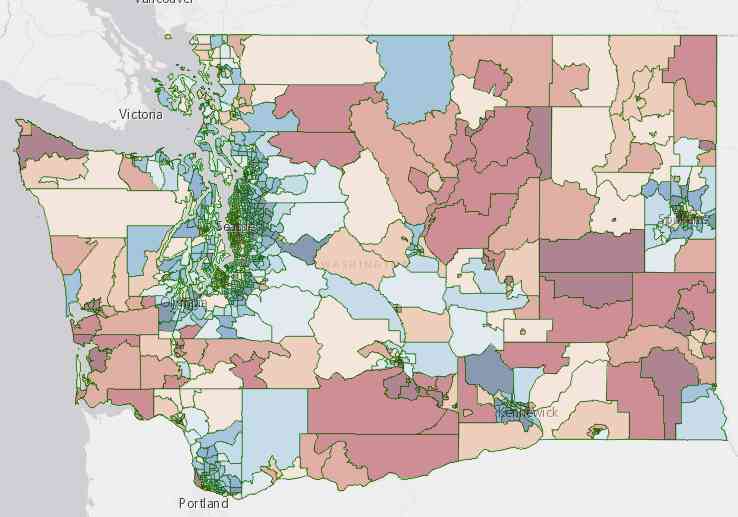 The city of Flint, Michigan is in the midst of a major public health crisis, following the discovery of widespread lead poisoning in children. Given the lifelong mental and physical problems caused by even small amounts of lead in the bloodstream, public outrage has been justifiably fierce. And as the issue is elevated in the national conversation, many are learning that lead toxicity issues exist in communities across the United States.

Those wondering whether this is a problem in Washington, however, will have a hard time finding clear answers. For over a decade, Washington has been in violation of federal laws requiring universal lead screening for children on Medicaid. These children often live in low-income areas with old buildings, and are therefore most at risk – buildings constructed before 1980 often contain lead-based paints.

The state has resisted coming into compliance at every turn, according to a longtime attorney who has successfully litigated the matter.

“With the lead revelations coming in from Flint and around the country, we have every reason to suspect the same problems exist here,” says environmental lawyer David Bricklin, who has participated in years of discussions with Washington officials over the state’s failure to adequately support screening for low-income children. “There’s simply no excuse for how little testing we do.”

Roughly 3.5 percent children under six are currently tested in Washington every year. The national average is 11 percent. As far back as 1999, the state’s acting health officer admitted Washington lacks “an accurate picture of childhood lead poisoning.”

Last year Bricklin spearheaded a successful lawsuit against the Washington State Health Care Authority, the agency’s leadership, and Governor Jay Inslee on the issue. For nearly a decade, he and staff at the Center for Justice – a Spokane-based public-interest law firm – had threatened the state with this action. In 2007, Center for Justice attorney Rick Eichstaedt told the Seattle Times they were considering an approach used in Idaho, where a lawsuit forced the state to expand the testing.

The Washington lawsuit’s plaintiff was Virla Spencer, a mother of five children eligible for Medicaid services. Spencer lived in older, low-income housing, where she was concerned that dust from chipping paint could be poisoning her children. But when she requested that her children’s doctors perform tests, she was denied. This can occur because the reimbursement Medicaid provides for the screening is seen as too low by some doctors.