The new safe sex: How one HIV drug is changing lives 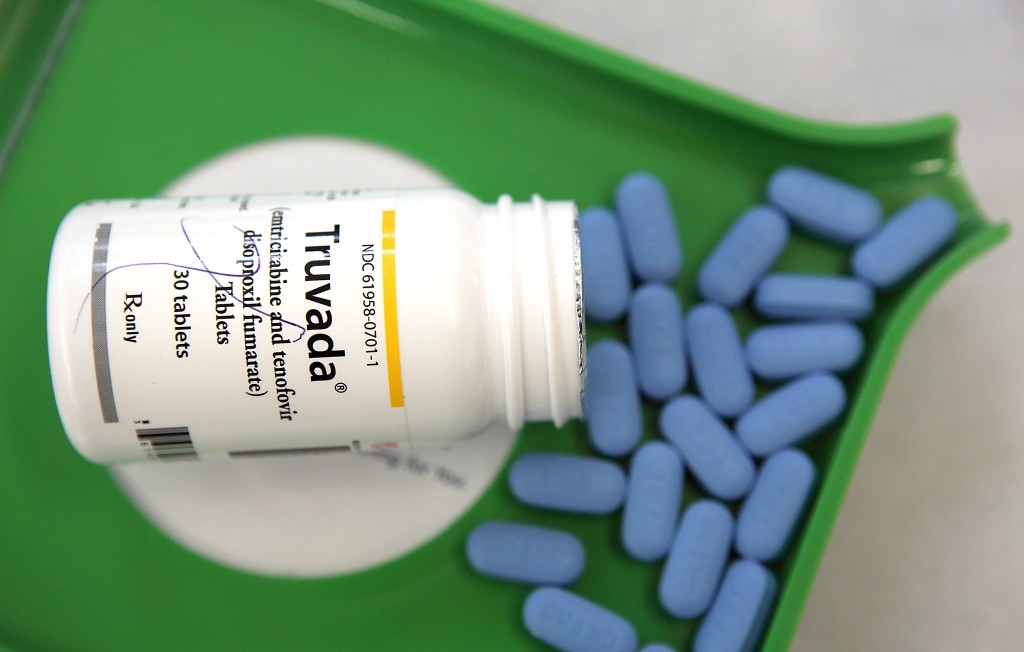 The drug Truvada, the most popular PrEP medication.

Joanne Stekler still remembers the day a colleague rushed into her office at the Duke University School of Medicine, exclaiming, “Oh, my gosh! Have you seen this data about HIV cocktails?”

It was the mid ‘90s, and their team was investigating HIV transmission and treatment  “talking about sex, drugs and rock ’n’ roll every day,” she recalls.

Shortly thereafter, a new class of antiretroviral drugs began to sharply reduce HIV-related deaths. Known as highly active antiretroviral therapy, or HAART, the drug protocol was a major breakthrough and perhaps the biggest turning point in the epidemic since the identification of the virus. Within just a few years, HIV went from being a death sentence to a manageable condition.

Today, Stekler  is an associate professor in the Department of Medicine at the University of Washington and her attention is now focused on another promising new drug regimen: Pre-Exposure Prophylaxis, also known as PrEP.

Similar to birth control, PrEP consists of a daily pill (dispensed under the trade name Truvada) taken by a HIV-negative person, usually in combination with regular clinic visits for testing and counseling. When properly used, it can almost completely prevent the transmission of HIV. Truvada has been marketed to the gay male community because, in this country, gay men still have the highest rates of HIV. This prevention measure has led to drastic changes in the sexual culture in much of the gay community.

Coming of age with a new understanding of HIV

In 1981, the first official report ever published on the newly emerging HIV virus set the tone for sex education — and arguably contributed to the stigma that many in the gay community face. The Center for Disease Control (CDC) detailed the cases of five young gay men who were hospitalized with serious infections. In the 35 years since, safe sex education has largely emphasized the risk of anal sex without condoms. PrEP presents a chance to change that. It also means an exciting time for those working at the cutting-edge of that change, from sex workers to public health researchers. It’s a chance to reshape what safe, fulfilling sex can be.

Since the advent of HAART, most HIV-positive people who are on it are able to suppress their viral load to undetectable levels, drastically reducing the likelihood of transmission. Emerging research indicates that when a partner is undetectable, their risk of transmission is “no more than four percent.” Now, with the advent of PrEP, that risk can be mitigated even further. If taken daily, PrEP provides a 99 percent reduction in the likelihood of transmission, according to one study. Another study estimates that by the year 2020, the treatment could reduce infections in the United States by 70 percent.

Because of PrEP, what has been considered conventional wisdom for decades on hooking up, condoms, sex, safety and relationships is changing before our eyes.

One of the primary ways that knowledge of PrEP has spread over the last three years has been by word of mouth. Because LGBT health is often omitted from sex education, knowledge gaps have persisted in queer populations.

“I grew up in a conservative farm town,” says Eric, a student in San Francisco. “I knew you should use a condom every time. I didn't know anything about what being positive actually meant.”

“I felt like, as a gay person, if I did not use a condom during sex, I would get AIDS and die,” says  Michael, a project manager in Berlin.

“I got the social message that sex was going to kill me if I wasn’t careful about it,” says Seattle activist and author Evan Peterson. His book, The PrEP Diaries, comes out in spring 2017.

“I was really paranoid about sex for years — well into my twenties I was very worried about tracking where all the bodily fluids went. And every single activity. It definitely disrupted some of the enjoyment and the bonding and the comfort of sex."

And then, of course, there was the stigma that tended to turn queer people against each other.

“I saw other people as potential disease vectors,” Evan says.

Eric, the student in San Francisco, sought out PrEP after three condoms broke in the span of a week. “Let’s get that extra layer of protection,” he said.

“I’m not angry at him,” Evan says. “But that was a big wake-up call that people who are undetectable can go off their meds without ever telling me. So that’s what PrEP is for.”

For Michael, PrEP is a matter of comfort and convenience. “I wanted to feel more comfortable with my decision not to use condoms,” he says.

Status disclosure: Beyond the positive/negative identity

PrEP is a popular alternative for people reluctant or unable to consistently use condoms. Rarely heard of in the gay community just three years ago, it is now a frequent discussion. Gay social and hookup apps like Grindr and BarebackRT have played a key role in normalizing the treatment by providing users with built-in flags for their status: they can indicate whether they are  “HIV+,” whether they are undetectable (+/U), and whether they are “Neg + PrEP.”

Status disclosure has always been an important step in combatting HIV, explains Stekler.

“It used to be, ‘you’re HIV positive or HIV negative.’ And then things got nuanced when people realized that treatment was prevention.”

PrEP doesn’t merely involve medication. In order to remain on PrEP, most patients are tested for HIV every three months; those tests are generally accompanied by some amount of counseling.

“Once you're on PrEP you're forced to be educated,” says Eric. “You learn more and more and the stigma goes away.”

A few years ago, Eric went on a few dates with a man who eventually disclosed his HIV-positive status.

“I just panicked and disappeared,” Eric says. “I was a terrible person, and just ghosted on him…. I deliberately stopped dealing with someone because they were positive. It makes me feel terrible now.”

Eric’s perceptions on HIV status have changed since starting PrEP.

“I feel like I can indulge a little,” says Michael from Berlin. “I no longer am concerned about risk for HIV with anyone that I'm going to have sex with. Part of it is taking Truvada and part of it is ensuring that I'm connected with a doctor here.”

Being able to eliminate condoms from sex without fear, he says, felt like “you have a new toy and you want to utilize it as much as possible.”

Evan, the activist and author in Seattle, arranged for his first condom-less sex with a friend after beginning PrEP. It felt like a “rite of passage,” he says.

“First, unprotected sex is a big deal.… We were trained in the ‘80s and ‘90s to be afraid of unprotected sex — to treat it as something wrong. It was, ‘oh great, I can stop worrying about HIV.’ …It’s a tremendous relief after a lifetime of being socially programmed to fear sex.’

It has really changed how partner selection happens,” says Stekler.

PrEP isn’t easily accessible for everyone. Michael is based in Germany, where PrEP is unavailable from medical providers. Some patients purchase generic versions from online pharmacies. Britain’s National Health Service is considering how to provide PrEP, and Canada’s health system has approved it for use, but is grappling with costs.

And in the United States, costs vary wildly. For some patients, insurance and subsidies make PrEP free. Some insurance companies burden patients with exorbitant co-pays. Those without insurance face costs ranging from $1,000 to $1,500 per month. Drug maker Gilead has established a “co-pay assistance program” to reduce costs for those patients. Those who don’t qualify for assistance may be able to access low-cost medication through Medicaid or by enrolling in trials.

“We have more and more tools in the fight against AIDS,” says Tobi Hill-Meyer, Communications Director at GayCity, Seattle’s LGBTQ Center. “But not everyone has access to those tools.”

The rise of PrEP has brought about challenges beyond just finances.

“Safe sex seems to be moving away from physical contraceptives like condoms and other barriers and more toward medicine,” notes Eric. “There’s less condom use than there was previously. It seems like people aren’t as afraid of regular sexually transmitted diseases (STDs) as they are of ‘the big one.’”

Not surprisingly, that reduction in condom use has accompanied a rise in syphilis, gonorrhea and chlamydia rates among gay men. These are serious infections that — if left untreated — can result in permanent injury and can even lead to death. Physicians in some parts of the country are seeing a worrisome trend — the rise of antibiotic-resistant STDs.

“I’ve seen attitudes relaxing,” says Chris Peterson, manager of the Steamworks bathhouse in Seattle. “A certain part of the population is always going to engage in risky behavior.... I have seen that, not just in the bathhouse, but in the gay sex scene in general.”

That’s certainly a problem of considerable concern to healthcare providers. For now, education and outreach remain among the more effective tools, and clinics may incorporate more strenuous counseling about “lesser” infections when patients come for testing.

Getting PrEP to underserved populations

“The various education campaigns around PrEP have been very targeted,” says Hill-Meyer. “The communities that have been left out of that targeting have been under-informed, particularly when it comes to women. All of the messaging has tended to focus around men. It’s only recently that there’s been more advocacy around PrEP for women.”

GayCity recently ran a “We Are One” campaign to promote PrEP awareness that features diverse genders and is working with End AIDS Washington to address health disparities.

Going forward, one of Joanne Stekler’s primary areas of focus will be increased outreach.

“I would say we’ve done a great job — locally — getting PrEP knowledge into the community,” she says. “What we’re trying to do now is reach populations that haven’t accessed it.”

Those populations include meth users, black men and trans people — individuals who have historically been underserved by clinics.

If the early adopters are any indication, those groups may find their sex lives radically transformed by the availability of PrEP. Recently, one of Evan’s friends asked him if there was anything about his life today that would surprise his 19-year-old self.

“The thing that would have horrified my 19-year-old self is to find out that I have sex with HIV-positive people all the fucking time,” Evan says with a satisfied tone. “… on the first date.” 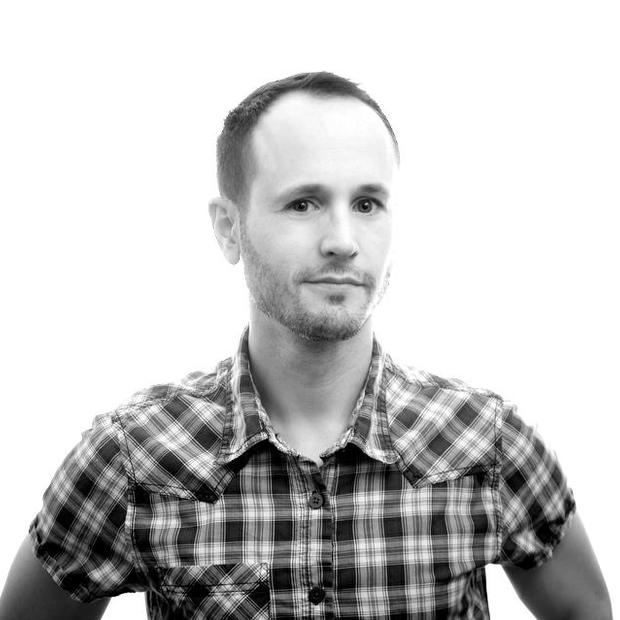 Matt Baume is a writer, storyteller, and video maker based in Seattle whose work focuses on LGBT issues, nerds, and anything that is strange and wonderful. He is the author of the book Defining Marriage; created the popular podcast The Sewers of Paris; and posts weekly videos about LGBT issues on YouTube. He is currently working on a video project about queer gamers at PlayingWithPride.com.