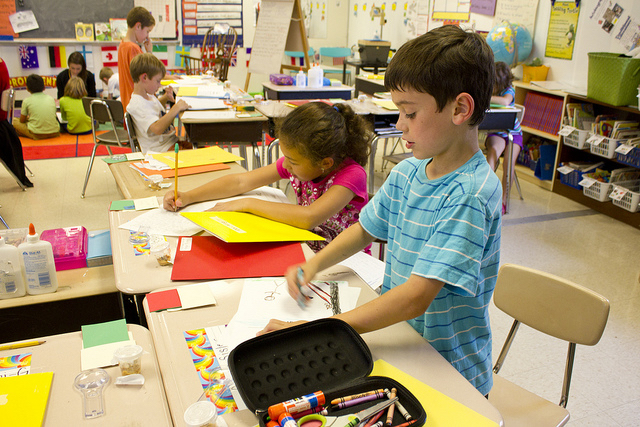 Gov. Jay Inslee on Tuesday unveiled what will likely be the banner proposal of his second term: a funding package designed to fill the state’s gaping education deficit, paid for with several tax increases.

His proposed carbon tax and capital gains tax would both be new to the state; if implemented, the carbon tax would be the first in the nation.

To pay for it all, Inslee proposed, along with the two new taxes, modifications to the state’s business and occupation tax and closing at least three sales tax exemptions.

All of Inslee's requests have been proposed individually in one form or another in the past, but Inslee advocated Tuesday for the measures as a linked package – a dramatic opening move in a looming debate about how to pay for education in the state.

Describing his reasoning, Inslee rejected the idea of reducing other services to pay for education, and instead referred generally to shifting tax burdens away from small businesses and toward high earners.

“We did not gut mental health services or housing services in this state to pay for schools,” Inslee said. “We’re paying for education the right way.”

Despite the banner carbon and capital gains taxes, the biggest source of new funds in the package would be changes to the state business and occupation tax. Inslee proposed combining a 1 percent increase in the overall rate with doubling the threshold for paying the tax, to $100,000 — meaning that qualifying businesses would pay more, but more small businesses would be exempt from the tax.

Altogether, the shift would actually exempt 38,000 more of the state’s smallest businesses from paying the tax, Inslee said.

The proposed capital gains tax would be set at 7.9 percent, but would only affect about the wealthiest 0.4 percent of Washingtonians, or about 30,000 people. Inslee's idea for a carbon tax was only outlined in broad terms in documents made available to the media Tuesday, as a tax on industrial users and producers of fossil fuels.

The B&O changes would generate $2.3 billion of the $3.9 billion in proposed new funding. The capital gains tax would generate roughly $821 million, and the carbon tax $1.9 billion, but more than half of the latter would go to green development and other programs. Removing the tax exemptions would generate about $300 million.

Also included in the proposal were the three sales tax exemptions targeted for closure, together generating about $300 million.

Although weeks away from the official start of the legislative session, the announcement marks the beginning of what is sure to be the central struggle for lawmakers in the coming year: How to pay for increases in funding to basic education required by the state Supreme Court.

Republican legislators have generally advocated reforming the way schools operate to cut costs, transferring money from the state’s property tax currently used to fund other programs, and a minimal interpretation of the state’s obligation under the ruling.

Democratic lawmakers and education advocates have tended to reply with talk of new funding or statements that they won’t cut other programs to pay for a fix, which amounts to the same thing.

The funding requirement, known as the McCleary decision, was imposed in 2012, when the court ruled that the first obligation of the state, according to its own constitution, is to pay for a basic education for every child.

Prior to the decision, the responsibility of paying for local schools had been incrementally shifted to individual school districts, as state funding failed to keep up with growing student enrollment and rising costs. The districts followed suit, generally, by passing larger and larger property tax levies to make up the difference, with the effect of taking on more and more of the costs. With McCleary, the court ruled that paying the whole bill was the responsibility of the state government, and ordered legislators to essentially take back the majority of the burden from local districts —  a burden between $3 and $4 billion, according to estimates from various sources.

Inslee’s proposal is notable for combining signature initiatives of his own and his party’s from previous years — the carbon tax, a revision of the business and occupation tax, and closing tax loopholes. Together, they not only raise revenue, but push the state toward a goal that has increasingly become a Democratic talking point around shifting the tax burden toward wealthier residents and away from poor Washingtonians and small business owners.

Conservatives in the state were skeptical of the proposal, however. “I was hoping to see new thinking from the governor on K-12 funding,” said Sen. Anne Rivers, R-La Center, in a statement after the announcement. "What we got instead is a plan that would pull a truly massive amount of money out of the economy.”

Rivers, a member of the bipartisan Education Funding Task Force that has worked to define costs for McCleary, also criticized the governor’s plan for not doing enough to lock the new funds into education.

“The governor and other top elected Democrats in our state just seem to have an insatiable desire for more money,” Guppy said.

One question in coming weeks will be the reception by Republicans of the proposed changes to the business and occupation tax. Both Democrats and Republicans have frequently expressed interest in reforming the rules of the tax, which taxes gross instead of net revenue, a system that often taxes businesses heavily even if they make only modest profits.

“If it scored out as revenue neutral, that would be more politically acceptable to Republicans,” Guppy said. “And if it makes the tax incrementally fairer … that would be a step in the right direction.”