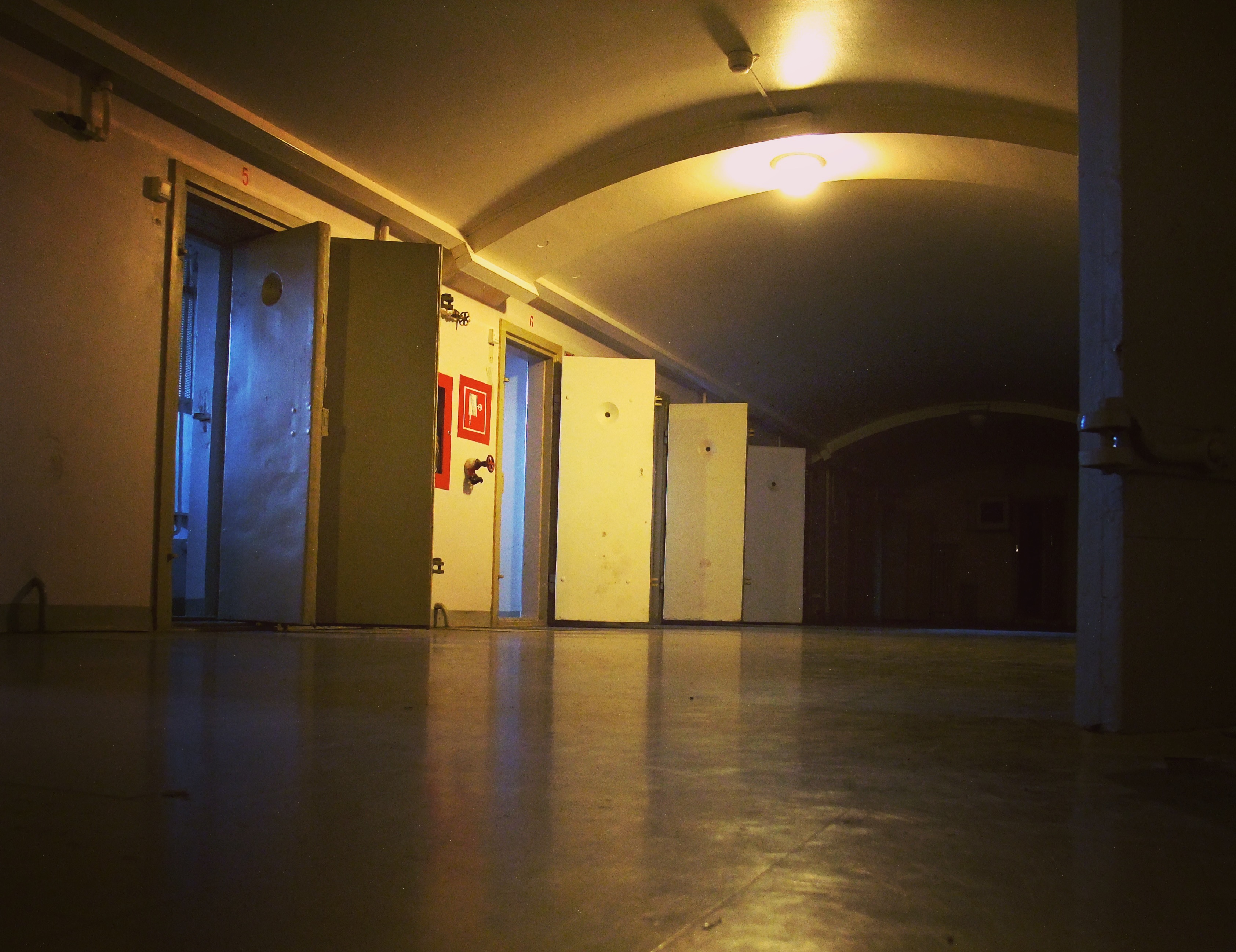 Allan is diagnosed with bipolar disorder and struggles with depression and a drug addiction, and became suicidal shortly after his arrival to jail. In reaction, he was placed into what he termed a “suicide tank,” where he was stripped, put in a smock, and kept alone in a locked 6-by-8-foot cell painted white. He was later moved to a “mainstream hole,” single cells he described as meant for inmates who are seen as posing a security threat.

“They’re just filthy dirty, there’s stuff on the walls... They’re pretty small, they just have a cement foundation for a bed and you have a window,” Allan says. “You’re separated in your own cell, if you’re lucky you get an hour out a day, but if you don’t behave well you don’t even get that. That affected me pretty bad...I have flashbacks, thinking about it.”

According to Seattle-based nonprofit Disability Rights Washington, solitary confinement cells often operate as de facto housing for the state’s mentally ill, a practice that lawyers deem “unconstitutional.” The group reports that the majority of Washington’s jails disproportionately use solitary confinement against individuals with mental health issues, as well as those with physical disabilities.

Overall, state jails place inmates in the often-windowless single cells 30 percent more often than the national average rate of 2.7 percent, according to DRW. The group notes they are placed there for blocks of time ranging from days to years.

The practice locks an inmate away from the general inmate population for 22 to 24 hours a day with little or no stimulus.  Such isolation can cause “serious psychological and physiological adverse effects on individuals” and makes returning to community settings difficult, according to the United Nations Special Rapporteur on Torture.

The UN has slammed any use of the practice as “contrary to one of the essential aims of the penitentiary system, which is to rehabilitate offenders and facilitate their reintegration into society.”

In response to assertions that solitary confinement may always be harmful for inmates, Chief of Psychiatry for the Washington State Department of Corrections (WADOC), Bruce Gage, tells Crosscut the practice is sometimes necessary.

“The painting of a monolithic picture that it [solitary confinement] is universally a bad thing with no valuable purpose is simply not true,” Gage says, citing the need to have restrictive settings to prevent some individuals from harming themselves or others.

Judith Resnik, an Arthur Liman Professor at Yale Law School, says prison staff may have to segregate inmates out of necessity, but resorting to solitary confinement in order to do so is often unconstitutional and a form of social control in contemporary prisons.

Despite its oft-destructive effects, most jails in Washington state resort to putting the mentally ill into solitary because there are no mental health facilities on site, according to DRW’s Bebber.

“[Jails] aren’t set up to be mental health treatment facilities, so they often treat mental health-related issues from a corrections perspective, because that’s what they are -- a correctional facility,” Bebber says. She argues that part of the state’s “mental health crisis” is that misdemeanors committed by mentally ill people are often processed as security issues, effectively criminalizing mental health.

DOC’s Gage, who has been involved in corrections for over two decades, pointed to the nationwide reduction in mental health facilities as a major driver behind the high numbers of inmates with mental health issues.

“The wholesale destruction of the mental health system in this country from the ‘70s through the ‘90s is phenomenal,” Gage says. “It’s shadow of what it used to be and it’s not a surprise that so many of the mentally ill are landing in jails and prisons.”

Officer Stan Langland has worked in corrections for some 13 years and is in charge of determining jail housing assignments for roughly 200 inmates in Washington’s Lewis County Jail (LCJ) in Chehalis. DRW reported that the jail used solitary confinement at a rate of 38 percent as of March 2016, the second highest in the state at the time.

“I’ve seen a marked increase in the number [of inmates with mental health issues] coming in,” Langland tells Crosscut. “We are very much aware of attempting to get them out of single cells, it’s pretty much a last resort for us to do that.”

Langland disagrees with the definition used by DRW for solitary confinement and says LCJ’s use of the practice stands closer to 19 percent, noting that a number of inmates request the single cells considered to be isolation by the rights group.  He agrees that everything possible should be done to minimize use of the practice, referred to in his jail as “restrictive housing.”

DRW says the Lewis County Jail appeared to have more resources at the time of their visit — such as on-site mental health staff and weekly meetings with mental health specialists to discuss inmate progress and conditions — than many communities in the state, due to a specific tax fund in the county.

Despite having more resources and a dedicated staff, the jail still lacks adequate units dedicated to mental health housing — leading to the use of solitary cells — highlighting the difficulties faced even by better-financed jails, according to DRW.

“Especially in some of the smaller county jails, they don’t have the resources allocated to them for the services they need,” Bebber says, adding that a number of jails rely solely on mental health providers that visit the jail weekly or in response to crisis situations.

A 2015 study by Urban Institute found that the mentally ill who wind up in jails — often for fairly trivial infractions — come out worse than they came in. Reliance on solitary confinement cells only makes reentry more difficult and contributes to higher rates of recidivism.

Former inmate Allan tells Crosscut he saw and heard a number of others in solitary confinement with mental health issues, where their mental conditions declined . “A lot of the people in there were pretty mentally ill.  One guy in there...he kept saying, ‘As soon as I get out of here I’m going to kill myself.’”

For its part, Washington State Department of Corrections halved its use of solitary confinement in prisons between 2011 and 2015. Such efforts were not carried out in jails, however, which are run instead by counties, municipalities, tribes, and other entities that create their own policies and practices.

DRW argues for uniform standards and centralized oversight for Washington’s jails in order to avoid exacerbating inmate mental illness and recidivism, but WADOC spokesperson Jeremy Barclay says implementing such a policy is much easier in the prison system.

“Jails don’t have the resources to have the size to be able to have different kinds of services,” Barclay says. “The benefit that the prison system has is that we have pooled resources.  We’re not bound by poor or rural areas.”

Today, Allan receives disability, food stamps, and mental health services, but is often scared to lose these if he were to relapse in his recovery from substance abuse or obtain a well-paying job.

Allan says the state offers the mentally ill community resources, but ones that leave people trapped. “Working with the state on a mental illness is a vicious cycle that’s hard to get out of,” Allan says. “I’m able to just scrape by with the help of my family, and I’m grateful for that, but it’s really hard too...It’s a pretty vicious cycle, but not as vicious as the jails.”

He’s returned to jail over a dozen times in his lifetime, and says jail time has never helped in his rehabilitation, despite being held in King County — one of the best-equipped jails in the state.

“I don’t think it (jail) ever did any good, especially not in solitary confinement,” Allan says.

*A pseudonym used to protect the subject's identity. 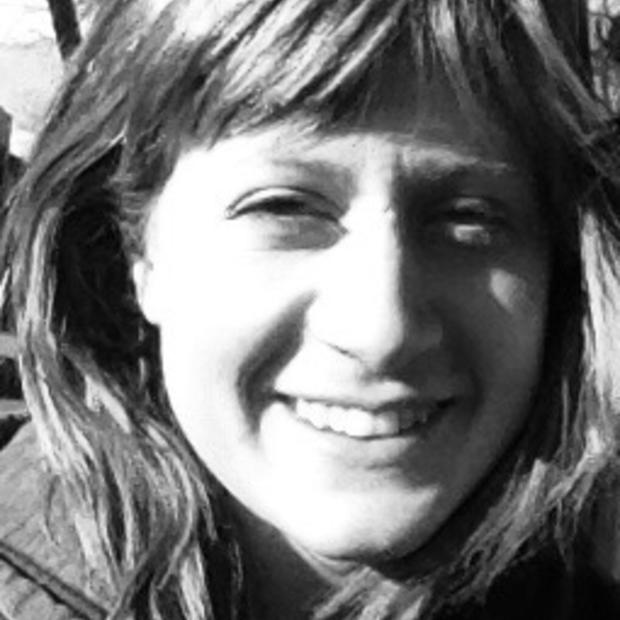 Emily Mulder is an independent journalist who has covered social justice issues, state and state-supported violence, and conflict for Al Jazeera English, Middle East Eye, and Ma’an News Agency. Her twitter is @Mulder_Em.