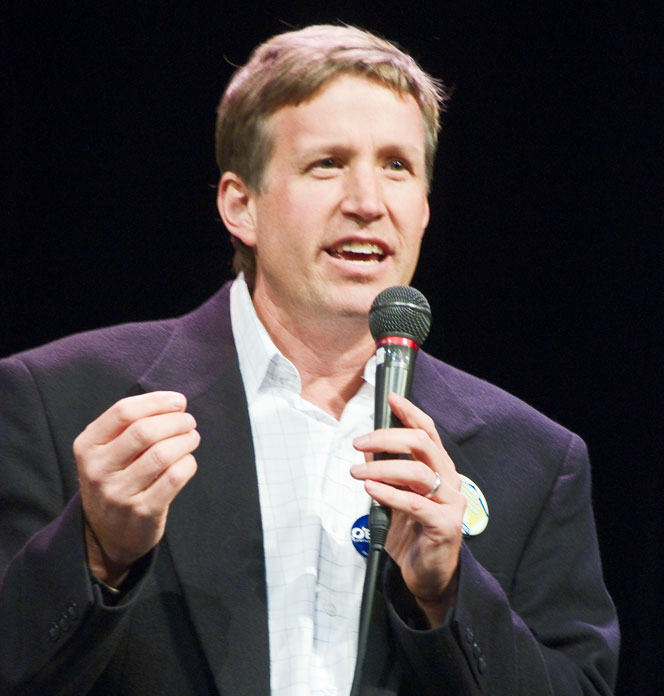 Twice in the last year, Councilmember Mike O’Brien has changed his mind on a massive capital investment into the criminal justice system. First it was the $160 million North Precinct police station, which he’d approved in the city’s budget just a year earlier, only to come out against the project last summer.

Now, O’Brien has changed course on the proposed $210 million King County Children and Family Justice Center — which many simply call the “youth jail” — approved by voters in 2012.

In 2014, O’Brien was one of eight councilmembers to vote in favor of a city rezone that would clear the way for the county project to move forward. Only Councilmember Kshama Sawant voted against. But in an interview Thursday, O’Brien said, “A lot has changed. If I had to do that again, I would go down a different path.”

The facility at 12th Ave. and Alder St. in the Central District has been the subject of unrest since it received voters’ approval. Broadly, opponents see it as a perpetuating force in a criminal justice system that disproportionately affects people of color. The $210 million, they argue, could be much better spent elsewhere, on preventive and supportive efforts.

From a narrower perspective, opponents think voters were deceived. The name, Children and Family Justice Center, they contend, does not convey the fact that there are jail cells in the facility.

But proponents have held that the current building is itself inhumane and falling apart. King County Executive Dow Constantine on Monday called it “lousy.” A new building would create an environment friendlier to those inside, while the city and county simultaneously pursue avenues to reduce detention.

And in fact, the county has been successful over the last ten years. In the early 2000s, a new jail was scheduled to be built, not because the old one was out of date, but because it was too small. Instead, the county refocused its efforts and drastically reduced the number of youth being held from upwards of 200 at time to roughly two dozen now. The new facility was not built.

This time around, though, the debate has dragged on longer, as those doing preventative work in the county are often in support of a new facility.

While the issue has been simmering for years, it’s bubbled up again with the city’s approval Wednesday of the permit to build the center. Activists had hoped to sway Constantine and Mayor Ed Murray away from the permit’s approval, showing up at a “Hate Free Washington” event Monday to protest the two executives.

After the permit got its approval, Murray said in a statement, essentially, his hands were tied.

“The Office of the Mayor cannot intervene in any permitting decision, including this one, as it is a technical decision based on the County’s application,” he said.

Responding, Seattle University professor and member of the organization, End the Prison Industrial Complex (EPIC) Dean Spade said in a statement, “The notion that the Mayor cannot intervene is simply false…. The Mayor could have chosen to be on the right side or the wrong side, and he chose the wrong side. While the City cannot ignore the code, the code here supported denial.”

In a statement early Thursday, O’Brien avoided laying any blame for the facility at the feet of Murray or the permit’s approval, instead calling on the county to reconsider. “There is definitely a space between the administrative functions of the permitting department and the policies of the county and I respect those,” O’Brien said in the interview. “But I also want to be clear that, if we as a community think that this is not the best use of our funds, there are plenty of ways to shift direction.”

“We have not crossed any point of no return and we can reconsider and I think we should reconsider.”

The current building itself is a charmless maze. The lights are fluorescent orange and the linoleum tiling has a certain stickiness to it. The youth jailed there share several different common areas, all well-lit, with an enjoining courtyard outside. The bedrooms, though, are cramped and windowless. Employees often remind visitors that, beneath the surface level fixes of new paint is a deeply flawed facility.

The statistics of which populations are held here are immensely disproportional, a fact King County freely admits. This is immediately obvious walking through the halls, with very few white youth among the black and brown youth moving to classes or the library.

O’Brien isn’t buying it. “I don’t accept that some of our kids are going to commit murder and we just have to lock them up,” he said.

He freely admits that there will be kids incarcerated for now, but sees progress being made toward alternative forms of prevention and response. Locking the county into a facility, he says, is not what a forward-looking community should do. “Let’s take a breath and take some time to get this right,” he said. “We’re at a crucial point of criminal justice reform.”

When asked what has spurred O’Brien to change his mind twice now, he said it was the result of conversations he’s had with community members.

“I’m a parent and I have two teenage boys,” he said. “Both my boys are white so my experience of how we interact with the criminal justice system is we don’t. I don’t spend my life worried my kids would could get caught up in criminal justice.” And since he made the pro-vote for the rezone, he said, “what I’ve learned from the community members since then has been powerful and shifting for me.”

Opponents have until Jan. 5 to appeal the permit decision. Beyond that, O'Brien is hoping to sit down with county officials to see what can be done.