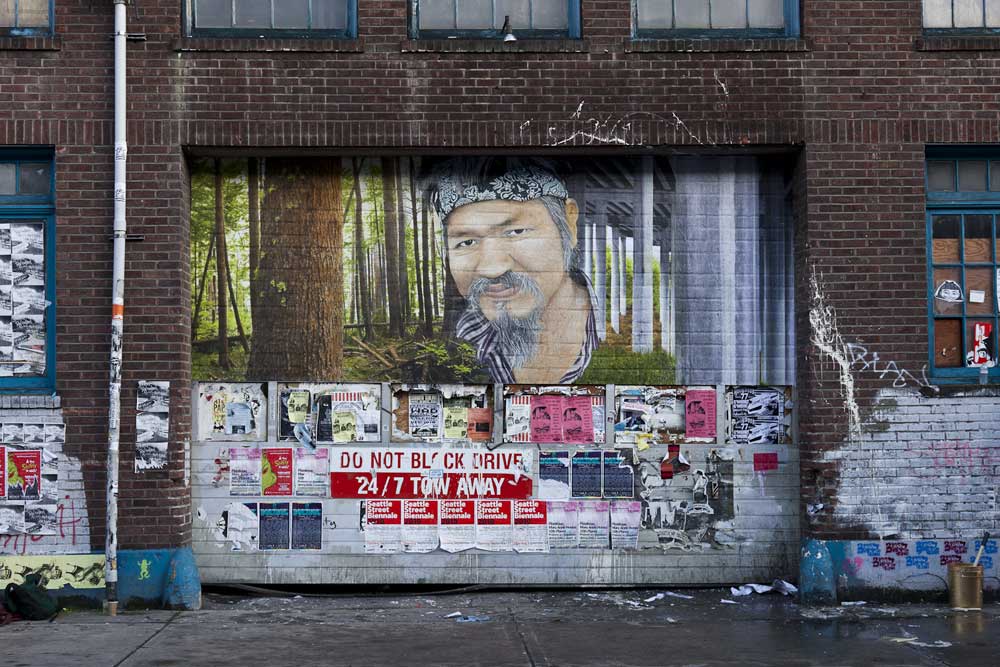 A mural of John T. Williams, the woodcarver who was shot by a police officer in 2010.

It’s not over yet, but an initiative that would make it easier to prosecute police has a long way to go and a short time to do it.

The proposed initiative, I-873, would loosen Washington’s standards for prosecuting police officers in the wake of deadly force, currently the most restrictive in the United States. Three words in particular about state of mind — that an officer is protected if they acted in “good faith” and without “malice” — have scared away prosecutors from even pressing charges.

The state’s language on this issue has long been the subject of scrutiny. But when Officer Ian Birk walked free after killing Native American woodcarver John T. Williams on the street in 2010, the three notorious words were dredged out of Washington code and brought into the public sphere.

I-873, named the John T. Williams bill, would strike “malice” and “good faith” from the statute. The pursuit of this particular ballot measure was borne out of the death of Che Taylor, a black man shot by police early last year, and carried forward by his brother, Andre. In the months since his brother died, Andre has secured support from the highest levels of government, including high-profile figures like Mayor Ed Murray and Representative Adam Smith.

Adding to that momentum is continued national news of officers walking free after deadly shootings, including a South Carolina police officer who shot Walter Scott in the back, on video, and walked last week after a mistrial.

Proponents of changing the state’s language had hoped to come to Olympia during next year’s legislative session armed with the threat of a ballot measure, as a way to force lawmakers into action. They’d had early conversations with Washington State Rep. David Sawyer (D-Lakewood) to draft a bill.

But by all appearances, that will not be the case. They are still 100,000 signatures short and only have until the end of the month. “I don’t want to say we won’t make it,” says Hayes, “although it’s a stretch.”

The initiative’s organizers will meet Sunday evening to decide whether or not to pull the plug.

If the initiative does not get the necessary number of signatures, the issue is far from dead. Already, twin bills have been introduced in the Washington State House and Senate to roughly accomplish the same goals — namely striking the “malice” and “good faith” language and replacing it with the standard of what a “reasonable” officer would do.

The bill is sponsored by Sen. John McCoy (D-Tulalip) in the Senate, and newly elected Rep. Beth Doglio (D-Olympia) in the House. “It’s a significant priority for constituents in my district,” says Doglio. “I’ve worked on the issue with citizen advocates. This is a human rights issue.”

The bills come on the heels of the Use of Deadly Force in Community Policing state task force, which met intermittently this year to discuss, among other things, this statute. It was made up of politicians, community advocates, and law enforcement. On one occasion, Seahawks wide receiver Doug Baldwin testified.

In the end, the task force voted 14-10 to formally recommend changing the “malice” and “good faith” language. The recommendation is non-binding, so what impact it may have is more abstract than concrete. Hayes is a little cynical on the matter.

“The way the task force was set up was without any teeth,” she says. But, she adds, “[The recommendation] was nothing short of miraculous given the makeup of the room. What they did was have a very productive conversation. It will be harder for the Legislature to look at that and do nothing.”

Doglio agrees. “The task force did a lot of really great work on this issue. I think it’s very important to keep the momentum,” she says. “I think that it signifies that we have a starting point and that we still have a lot of work to do.”

While Hayes calls the idea of pulling the plug on the initiative effort “heartbreaking,” she’s optimistic about the groundwork they’ve laid. If they do admit defeat, she says they will immediately file again on January 1st in an attempt to gather the signatures by July — in time to qualify for the ballot in fall.

This time around, says Hayes, they’d need to pay for signature gathering. But at a cost of about $4 a signature, that could take around $1 million. That could be hard money to find, she says, because “social justice issues that affect minority communities do not fund themselves in this state.”

While laying blame is perhaps not the right tact to explain why I-873 is short 100,000 signatures, Hayes says she “had a naïve, fantasy based belief that because it was the right and simple thing to do it would get done.” But as it turns out, “It wasn’t easy to do and it didn’t happen.”

By filing quickly next year, Hayes will not wait on the legislature to move on the issue, as she says they did this year.

The initiative effort was borne with very little support. Unlike the campaigns run by, say, Tim Eyman or the Alliance for Gun Responsibility, the campaign for I-873 had none of the well-established infrastructure.

But Hayes says it’s going to happen eventually, one way or the other. “We won’t quit. It has to be done. It’s not optional.”