Robots: How long until they run this town? 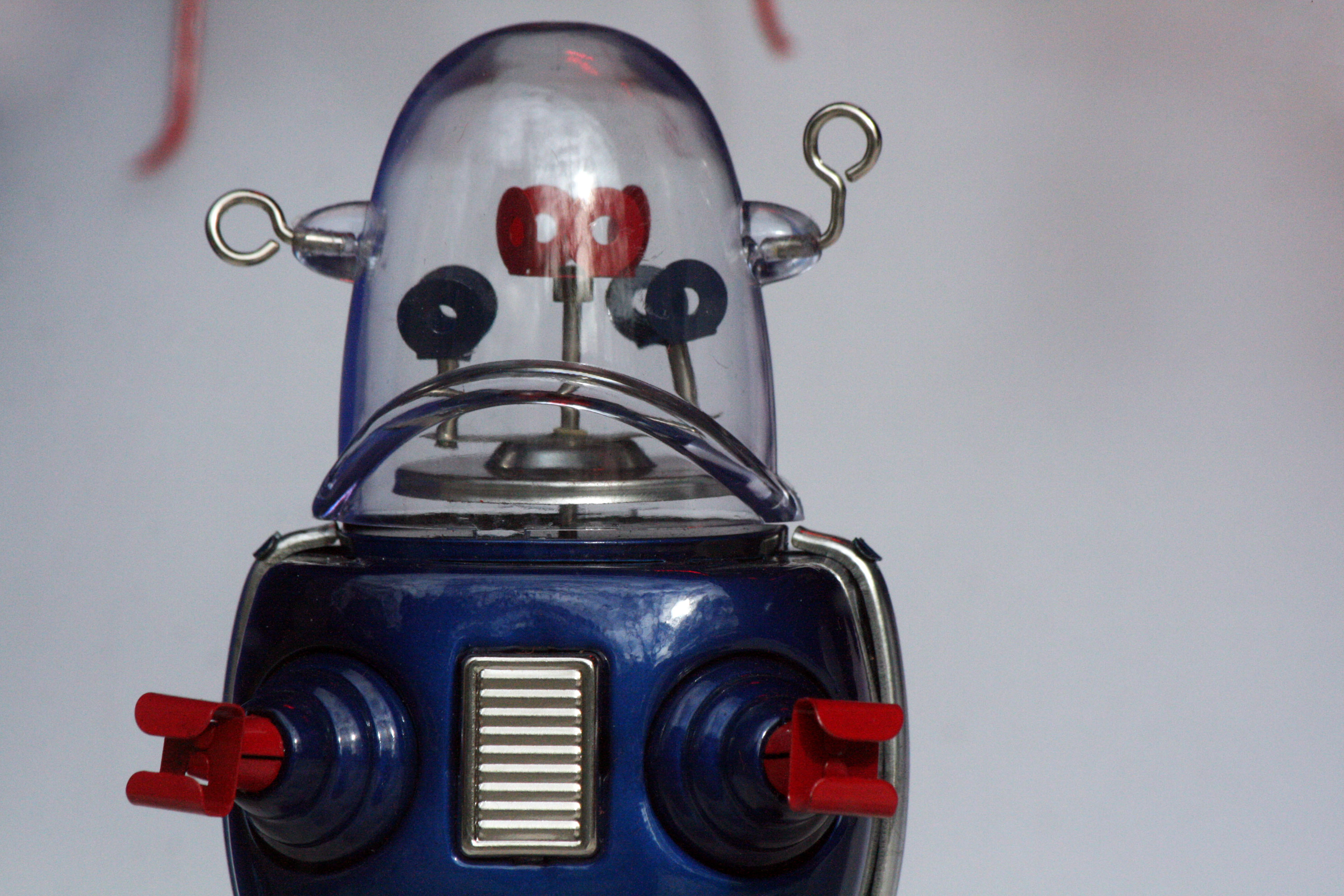 The possibility that robots might one day run our lives has long been a fantasy and a fear. As a forward-looking tech-obsessed city, it should be no surprise that we’re right in the middle of inventing a future that features automation, artificial intelligence and robotics. Seattle stalwarts like Boeing, Paul Allen and Amazon are in the middle of it all. This is also a place where many people are thinking, although perhaps not hard enough, about the consequences of these technologies, which look to be huge.

Our history with robotic technology goes way back. In 1928, Seattleites met what was probably the first robot to visit the city, an automaton credited with being among the first that could perform real tasks. Its name was Televox, made by the Westinghouse Electric and Manufacturing Corporation. It was on display for several days in the Lloyd Building, where reporters and other influentials could meet “him” firsthand.

Big, tall Televox could do an array of helpful things, not unlike a smartphone app. He could answer the phone and turn on home appliances such as stoves, vacuum cleaners and electric fans via remote signals that sent commands in the form of electronic whistles. “Through his myriad wires and gadgets, he turns the sound into electric energy through a series of tubes and relays,” reported The Seattle Times. His usefulness in the home was readily apparent: “Televox…knows how to do most anything else, and, unlike most husbands, he obeys implicitly.”

By the time of Seattle’s futuristic Century 21 World’s Fair in 1962, automating office functions was becoming the norm, and while husbands, wives and maids hadn’t yet been replaced by Jetsons-style robots, some people worried about the impact of these machines beyond the home.

A time capsule placed in the renovated opera house at the time of the fair contained messages to Seattleites 50 years in the future from city officials. The staff of the City Employees’ Retirement System Board of Administration, for example, speculated: “We in 1962 hope that you in 2012 will not be too bored with your two-hour day during which you check the automatic machines to see that they are operating properly. The current progress in automation leads us to believe that the poor old human being will have been nearly relegated to the sidelines by 2012….We wonder what the situation will be when both the retired and un-retired have practically nothing to occupy their time. Perhaps you will have tranquilizers that will take care of all that.”

The two-hour workday hasn’t materialized, and most of us aren’t tranquilizing ourselves. Instead, we’ve embraced the brave new world with gusto. Allen, for example, has established the Allen Institute for Artificial Intelligence in an effort to make software smarter. That outfit is trying to develop artificial intelligence (AI) smart enough to take standardized tests like the SATs (oh, that they had had this when I was in high school!). The institute hopes to be an incubator for commercial regional AI start-ups.

Boeing is trying to dramatically reduce the number of human employees it takes to produce each plane. Advanced robotics, like those used in the auto industry, are now being used to build the body, wings and tails of the 777 in Everett and elsewhere.

Amazon is another leader in the development and use of robotics, “employing” about 30,000 robots in its worldwide warehouses. It also owns Kiva Systems (now renamed Amazon Robotics), the premier company that produces such machines. These devices help locate products needed to fulfill orders, and they are saving the company literally billions. They are part of Amazon’s effort to streamline the package delivery process, which may eventually employ more drones than trucks and human drivers. A spokesperson for Amazon told Bloomberg News, “In a robotics-enabled [fulfillment center], you would see a massively parallel process, a symphony of humans and technology.”

The dance of man and machine sounds beautiful, but there are ominous aspects. Jon Talton, business columnist for The Seattle Times, has been sounding warnings. He worries that our politicians and policymakers aren’t talking about the coming impacts of automation, robotics and AI technologies, which he described as “the elephant pushing its way into the room.”

A World Bank report predicts a massive displacement in jobs over the next 20 years and says that “as many as 47 percent of U.S. jobs are at risk of automation.” The problem is even worse in countries that are more recently industrializing, like China and India, where more than 70 percent of jobs are at risk. One study found that more than 700 occupations might disappear. These include both blue- and white-collar jobs: office and warehouse workers, financial analysts as well as riveters. Maybe even columnists!

If true, being bored in retirement will be the least of our problems. Threats include mass unemployment, displacement and political upheaval. The Boeing recession of the ’70s would look like a tea party.

Another concern: One day we might be outsmarted. Last May, the White House Office of Science and Technology Policy convened a gathering at the University of Washington to discuss the possible hazards of AI systems that can “behave in surprising ways.” AI is already used by the military and to run financial systems. Back in the 1980s, I asked Bill Gates how intelligent computers would get, and he replied, “They’ll tell us when they get there.” As we develop smarter machines, the future might be more in their hands than in ours.

Reporting on the UW conference, The New York Times observed, “Leading technologists and scientists have also pondered the possibility that artificial intelligence, like genetic engineering, might soon constitute an existential threat to the human race.”

Which means that someday, Televox’s progeny might turn out Seattle’s lights when we humans finally become obsolete.