Seattle's best new building of 2016 is a total dump 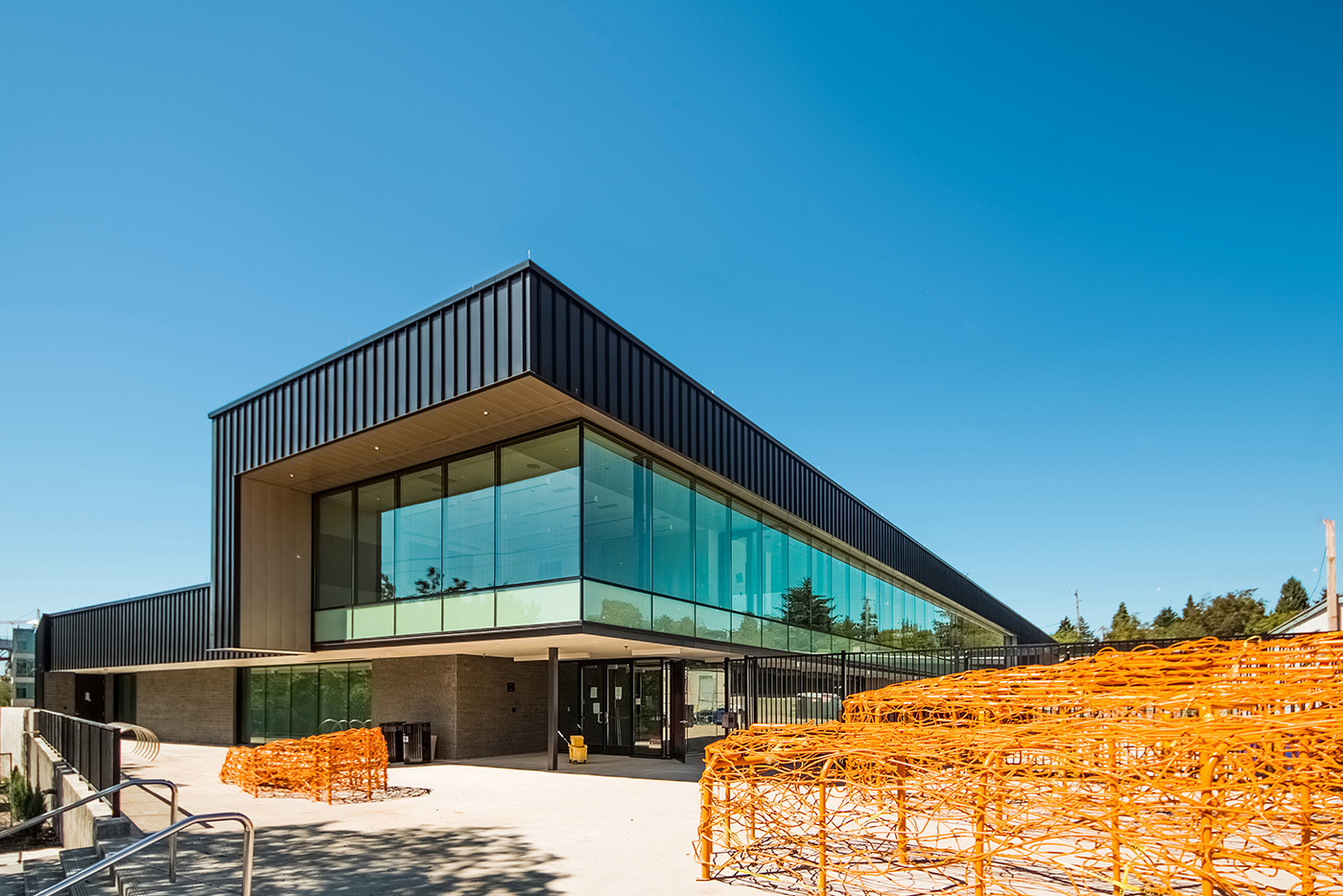 We will soon have a couple of spectacular new additions to Seattle’s skyline. One is The Mark, a quirky, angular tower being built by the Daniels Development Company at Fifth and Columbia downtown. It projects its mid-section like a kangaroo’s pouch over the top of a splendid former church — rechristened the Daniels Performance Hall. Like Town Hall a few blocks away, the onetime First United Methodist sanctuary should serve as a venue for civic discussions and small performances.

Toward the water, the expansion of Pike Place Market will connect the market with the new Alaskan Way Boulevard that will be constructed once the viaduct is torn down. The new Marketfront's sweeping ramps and terraces will fill in the gap that has existed between the Market and the waterfront for decades. It will also add more space for vendors, as well as needed housing in that area.

Alas, neither structure was completed this year, eliminating them from contention as Seattle’s best architectural achievement of 2016.

This fall, I wrote about the deftly designed new headquarters for Weyerhaeuser in Pioneer Square, where it moved from its long-standing location along I-5 in Federal Way. That surprising transition echoes the shift in corporate headquarters from suburbs to urban centers being seen throughout the country. Until now, I considered it the foremost contender for the best building of 2016.

I wish there were more obvious candidates, but the rapid rise (literally) of rental housing throughout the city has been so enormous and so overwhelming, it’s hard to pick a standout from the vast number of overblown and frenetic buildings.

I’m tempted to nominate Chophouse Row on Capitol Hill, despite its being finished in 2015. It’s so superb that it deserves mention for more than one year. Nonetheless, I cheered when the American Institute of Architects in Seattle gave kudos to the project, with its mix of retail, office and penthouse apartments, in this year’s design awards.

But the honor should go to a project that is not only a surprise but also latecomer: It is Seattle Public Utility’s North Seattle Transfer Station.

Yes, an urban dump, if you will. It was completed and opened in early December.

When I lived in the North End, taking refuse to the former station was, as I recall, a distinctly unpleasant experience. I would save up stuff for many months to avoid going. It was ugly, smelly and noisy. There was almost always a queue of cars and trucks. And in the dump area, there was a constant, bone-rattling thrum of compactors and bulldozers. The place was a visual, aural and olfactory assault.

But what a change! The new North Transfer Station is so sleek, serene and sophisticated that it would make a foreign embassy envious. Indeed, it kind of resembles a cross between a diplomatic compound in Eastern Europe and a border entry into Canada.

A long black fence with a sliding gate links a pair of structures tucked into the sloping landscape along North 34th Street east of Stone Way at the edge of Fremont. The off-loading function occurs out of sight in a large, partially sunken structure with an enormous truss roof called the Tipping Building. A few windows punctuate a wall that let you watch people tossing mattresses, yard waste and mangled metal.

What you see is an arrangement of buildings that are quite tailored, with jet black cladding and lots of well-composed glass. Long expanses of translucent acrylic panels contrast with the solid material. Poured concrete has been textured with vertical striations in some locations.  The composition is more elegant than the function might suggest, but it’s all rendered in a tough, industrial vocabulary.

Yellow bollards, some hefty enough to stop a tank, are laid out in a formal row behind the fence. It’s not obvious why they are there, but they provide a line of punctuation marks. In front of the fence and to the public is a small plaza complete with a playful sculpture made from recycled reinforcing bars by Jean Shin. The total effect is very urbane and dignified — unusual attributes for a place where people bring their trash. The designers with Mahlum architects managed to pull off a confection rarely associated with structures of such a utilitarian purpose.

But wait, there’s more! The design includes green roofs and a solar panel array that generates power for the complex. Seattle Public Utilities worked with the community to identify some unmet needs that could be provided by the complex.

Outside the walls there are several park-like spaces open to the public. These generously planted areas include pathways, a sports court and an exercise trail with equipment. Located on a separate lot is a play area for children. The result is a splendid combination of a needed but usually disparaged function with a well-designed site and a set of handsome buildings. It may not be truly “civic” but it is entirely civil to its neighbors.

The past 15 years have seen a “golden age” of public building in the Puget Sound region. Many cities have invested in new city halls, libraries, fire stations, schools and community centers, parks, as well as trails, bike paths and multiple forms of transit. With the advent  of what could be a dark age of  anti-urban, anti-progressive, anti-spending politics — not to speak of fiscal revenge against sanctuary cities — we could be at the end of this golden era.

But we did good while we had the light.